Ferrari's Charles Leclerc will start tomorrow's Saudi Arabian Grand Prix from second place. but he was surprised and not a little disappointed to miss out on pole position to Red Bull rival Sergio Perez.

"The lap felt good honestly, I am very happy with the lap," said Leclerc, who had clinched pole for last week's season opener in Bahrain and went on to win the race.

"Qualifying was all about just keeping it on track and not doing any mistakes, which would have been very costly," he added. "Then in Q3, in the second lap I just went for it and I more or less put everything together."

His time of 1:28.225s had given him provisional pole, finally putting him ahead of Ferrari team mate Carlos Sainz who had been fastest of anyone in Q1 and Q2.

Leclerc then had to watch and wait to see whether either of the Red Bull cars could go faster. However Max Verstappen struggled for grip and was only fourth fastest as the chequered flag came out.

Instead it was Perez who pulled off the unexpected feat, going 0.025s quicker than Leclerc to seal his first-ever maiden F1 pole position after 12 seasons in the sport. 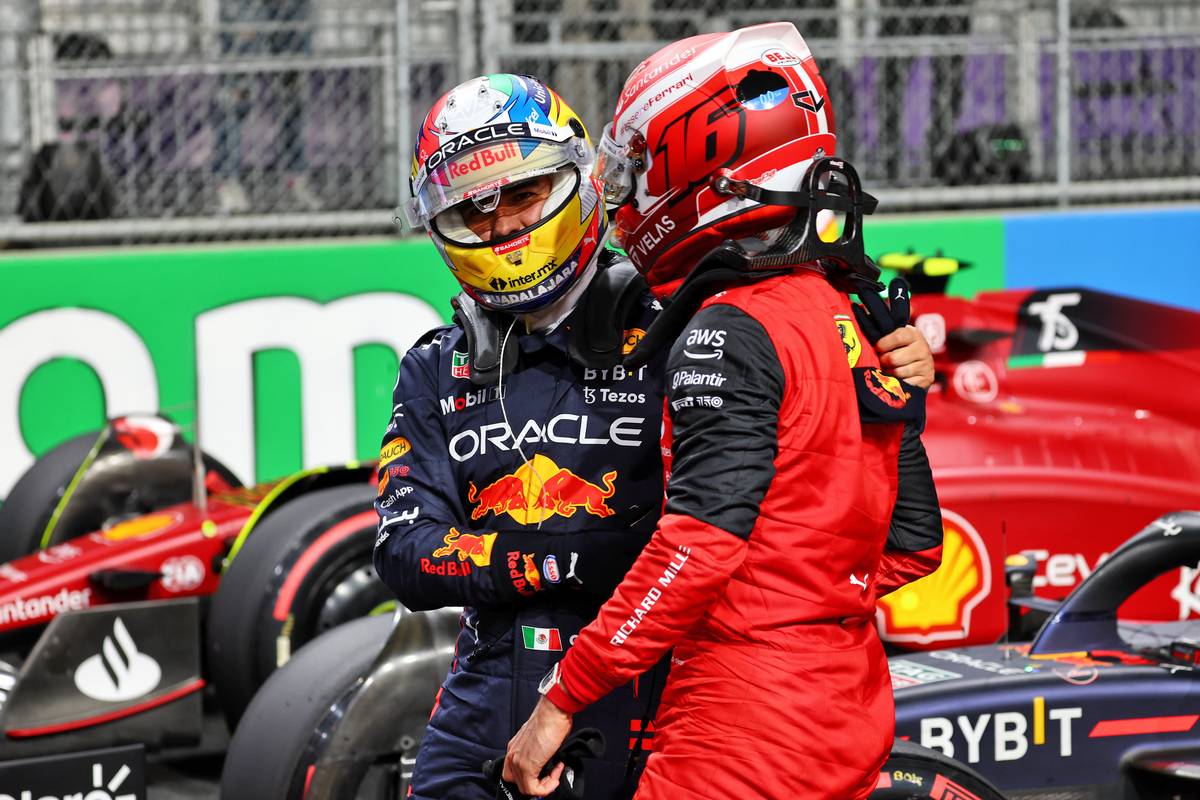 "Congratulations to him, I'm pretty sure he did an incredible job today," conceded Leclerc. "There's a bit here and there but I definitely did not expect Checo to come with that lap time."

Leclerc will now have to see if he can find a way around Perez at the start of the race, while his team mate Sainz will be battling Verstappen from the second row ohe grid.

"It's another day tomorrow and hopefully we'll have a good start," he said.