Lewis Hamilton says teammate George Russell and himself work "equally hard" together at Mercedes and that he is not the team's leader although he may be perceived as such.

As a seven-time F1 world champion and a 103-time Grand Prix winner, Hamilton's outstanding track record logically confers a special status on the Briton, a prominence also supported by the fact that his remarkable credentials in F1 were garnered mostly with Mercedes.

Yet the 37-year-old rejects the idea that he is the team's default leader, or that he stands on a higher pedestal at the Brackley squad relative to the younger and less experienced Russell.

"I wouldn’t say I’m the leader," Hamilton interjected last weekend in Spain, when Russell was asked during a Mercedes media conference what qualities he saw in his teammate "as a leader".

"George and I work equally hard together, I would say, to help drive the team and row just as hard as everyone else in the team. 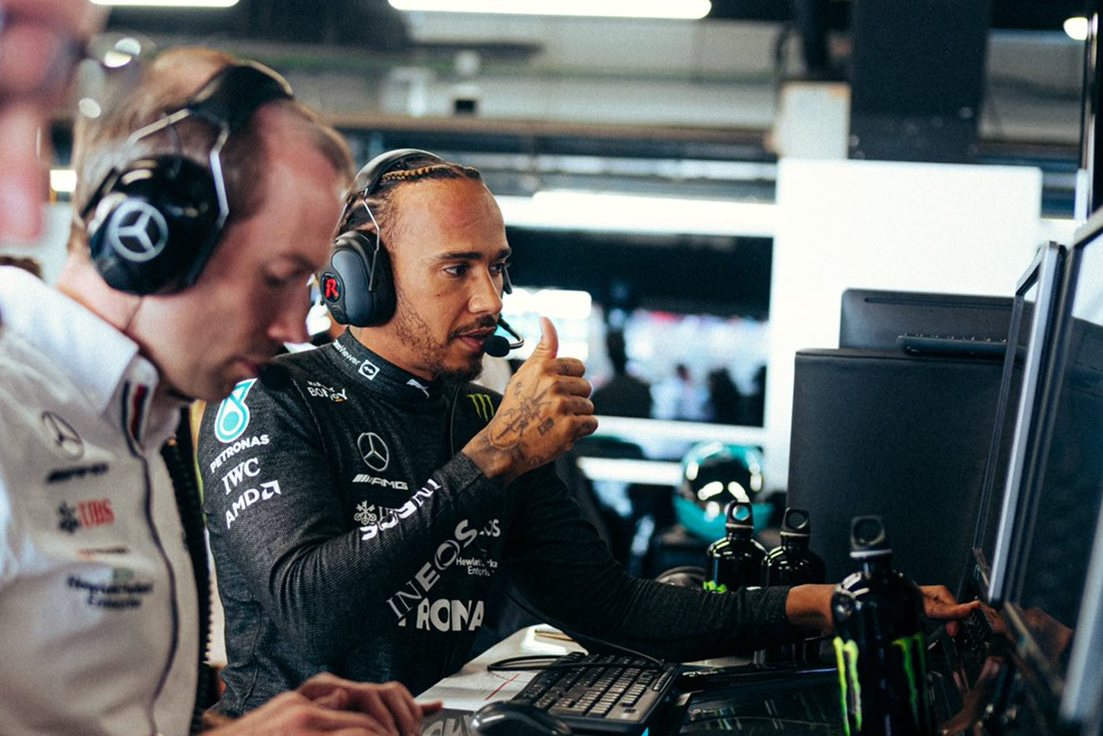 "But through adversity and challenging times you always learn more about yourself, how you deal with things, how you reflect on things, how you are able to turn negatives into positives.

"I wouldn’t say I’ve learned particularly much more, so I will say past experiences have helped during this phase. And I would say to just reassuring the strength I know I have mentally.

"Also, just reassuring us I still love my job, I still love the challenge even if it’s not fighting for wins.

"I’m still enjoying this battle we are having internally in terms of trying to, with the car I mean, trying to chase down these other guys."

Addressing the question, Russell explained how Hamilton and the entire Mercedes team had been a source of inspiration and motivation for him since he joined the championship winning outfit.

"I think that’s been one of the big things I’ve seen with joining Mercedes, seeing how Lewis does things, how Toto [Wolff] does things, the culture that’s ingrained within everyone," responded the 24-year-old said.

"It’s sort of relentless. They are always striving for more, never being complacent.

"And seeing how everyone’s pulling together at the moment to try and resolve these issues we are facing, it inspires and it’s also motivating for myself because you learn how the best in the business do it and you need to continuously push yourself for more.

"So I think I’m in a really privileged position to be team-mates with Lewis and be part of Mercedes."