Martin Brundle agreed with Red Bull chief Christian Horner that it is up to those F1 teams with cars suffering from porpoising - and in particular Mercedes - to solve the problem rather than call for a rule change.

Bouncing and bottoming was a topic debated at length last weekend in Baku after several drivers, led by George Russell, voiced their concerns over the potential long-term physical effects of porpoising on drivers' health.

Russell also said that running F1's new-generation cars just millimeters from the ground is a "recipe for disaster", warning that a major incident "is just a matter of time".

But Horner dismissed the drivers' complaints, suspecting they were encouraged by team bosses to force a rule change by the F1 and the FIA.

"I think the emphasis is on the team to sort it out as opposed to changing the regulations," said Horner last weekend.

"I think it would be unfair if there was a change just because they've missed the target." 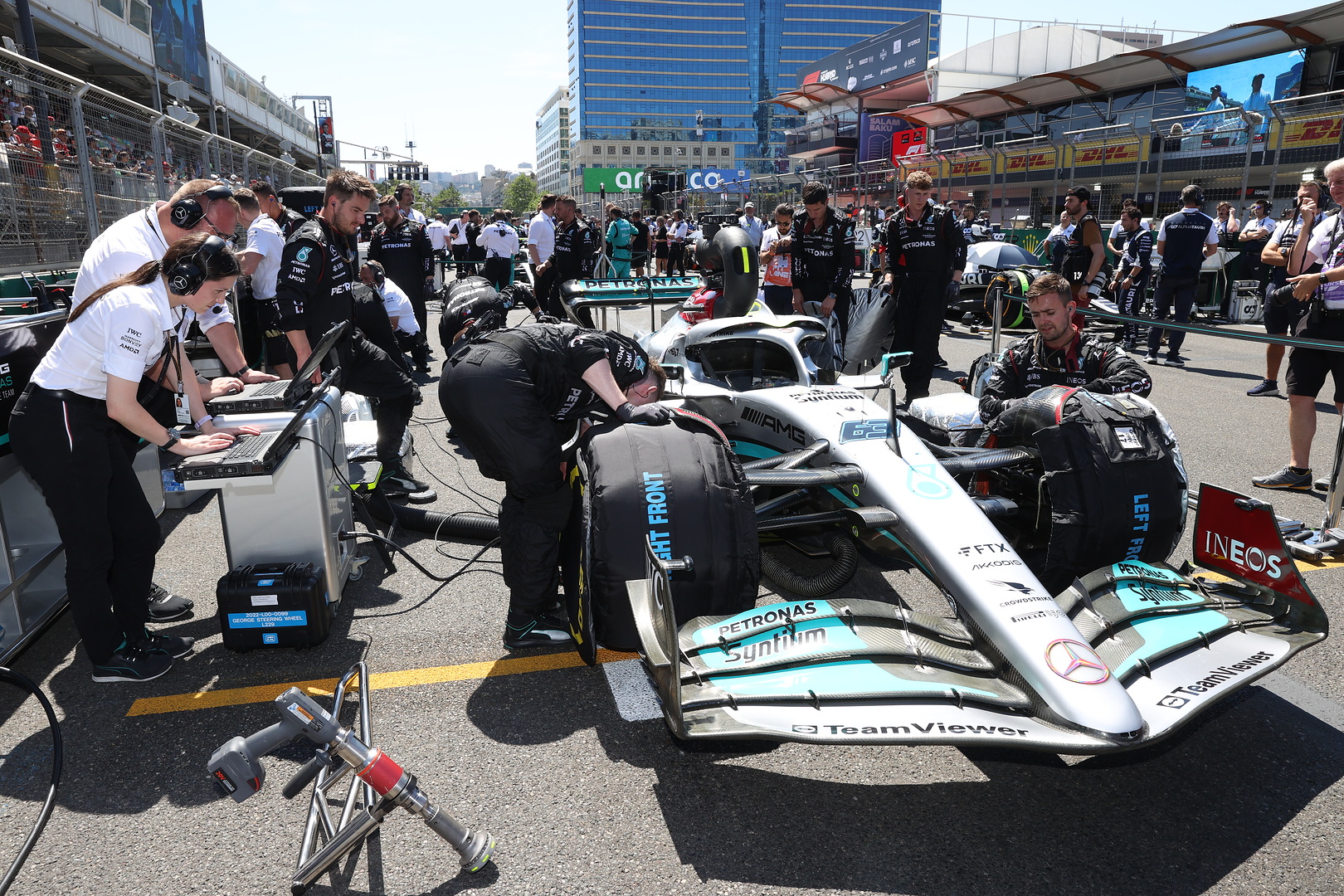 And Brundle agrees with the Red Bull team boss, especially where Mercedes are concerned.

"The teams that have got it sorted are clearly saying that's Mercedes' problem and it's not Formula 1's problem," Brundle told Sky Sports News.

"There's no doubt about it, it looks particularly uncomfortable. Of course, [Mercedes] can fix it by raising the car but then they lose a huge amount of performance.

"So, they need to get the car low, stiff on the suspension and stiff on the side wall of the new tyres as well, and they've had to sacrifice comfort for performance.

"What's surprising, really, is that Mercedes just can't seem to get a handle on what looks like, actually, quite an excellent car, if they could just unlock it."

Despite Mercedes' lobbying, Brundle sees little chance of a majority of teams voting through a rule change, although he believes that Russell and Mercedes teammate Lewis Hamilton's grievances are real.

"Generally, we had porpoising back in the 80s," said the former F1 driver. "When you have these ground effect cars, it's always been in issue.

"It is still in sports car racing; I was at Les Mans and in the prototypes there they have porpoising and ground effect issues in terms of bouncing. It needs managing.

"To ask the other teams to change the regulations to help Mercedes, is a bit like asking a turkey to vote for Christmas.

"I'm not underplaying what George Russell and Lewis Hamilton are going through, because it does look particularly painful.

"And, the Ferrari drivers just at the crucial breaking points that looks plain tricky to me, I don't know how they go into the corners frankly."

Hill sees no sign of exhaustion for 'cunning' Alonso