Max Verstappen was looking very satisfied with his performance in Saturday's rain-hit qualifying session for the Canadian Grand Prix at the Circuit Gilles-Villeneuve - and with very good reason.

Having previously been fastest in Friday's dry practice sessions, Verstappen transitioned seamlessly to the wet conditions and dominated all three rounds of qualifying.

He was constantly improving on his time, and time and again found over a second per lap in improvements compared to his rivals as the rain stopped and the track started to dry, allowing for a move from wet tyres to intermediates.

His closest competition was Alpine's Fernando Alonso who closed to within 0.058s at the end of Q1. But the gap opened out to over a second in the second round before pole was finally settled in Verstappen's favour by 0.645s in Q3.

"It was a very impressive qualifying from Max today," lauded Red Bull team boss Christian Horner. "Despite the conditions he was on top of the circuit through all three sessions.

"With the track drying out and ramping up like that towards the end it can be very tricky to make sure you get the best time in the bag, so it was a good job by the whole team to make sure we finished on pole."

“Today was simply lovely," Verstappen said after the end of the session as he celebrated his 15th career pole position and his second of the current season. "It’s been a nice day and overall we’re having a good weekend. 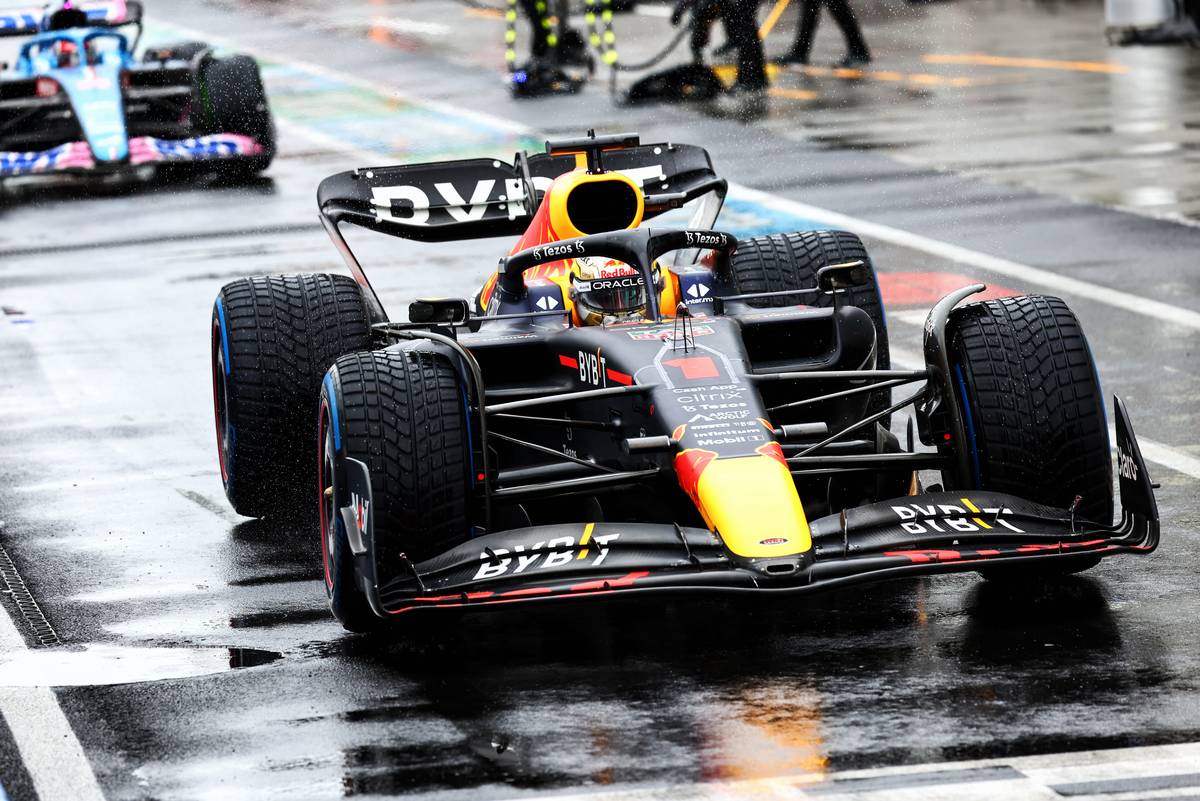 "The conditions were very tricky out there," he continued. "It was very slippery but we stayed calm, we made sure we were there at the right time, and we managed to put in some solid laps."

Verstappen will be joined on the front row for the start of tomorrow's race by Alonso, after the two-time world champion achieved his best qualifying result in a decade.

"Tomorrow we need to focus on the first lap and then concentrate on our own race," Verstappen said. "I still expect there to be a good battle.

"It’s been a while since Fernando and I have been alongside each other on the grid," he noted. "I used to look up to him as a young kid watching F1 with him being up there winning races and championships. It’s great to be sharing the front row with him.” 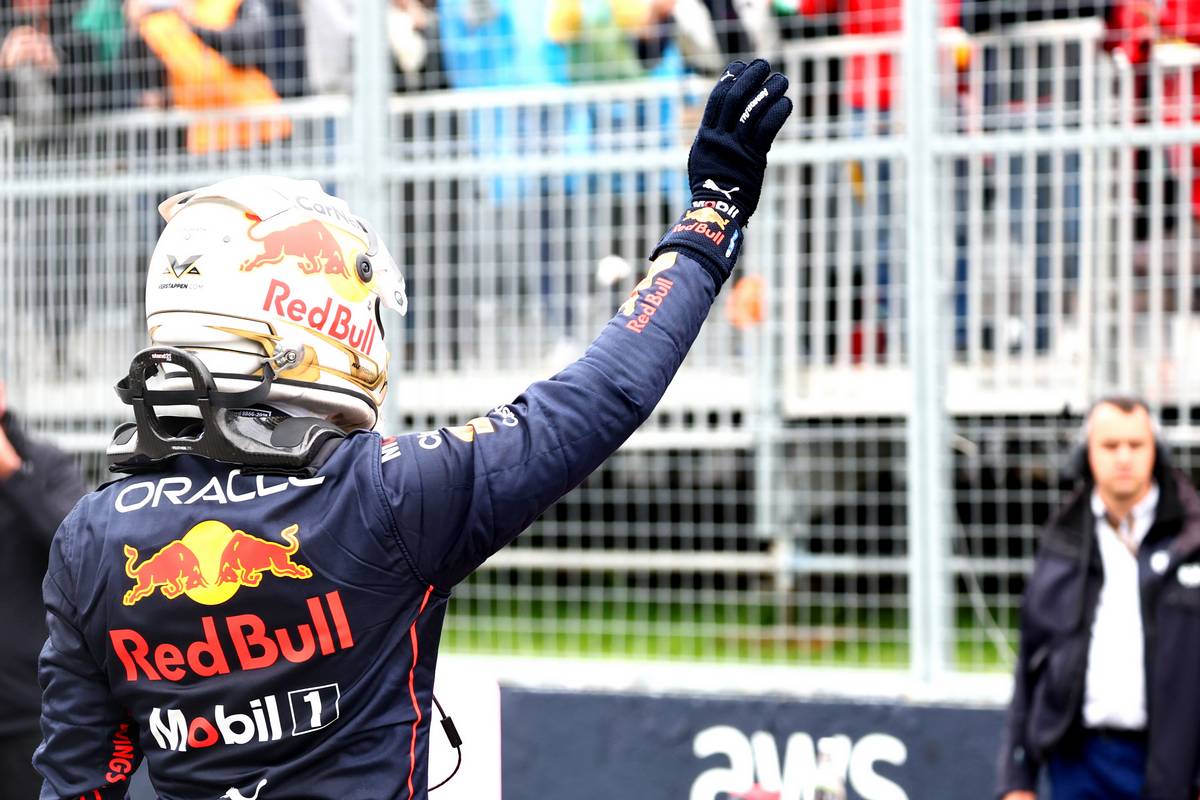 "It was a fantastic qualifying from Fernando," agreed Horner. "I’m sure he’s going to be motivated for tomorrow. But Max has just got to focus on a clean start, getting ahead into the first corner and then pushing on."

Unfortunately Verstappen's team mate Sergio Perez won't be around to help him at the front this week, after the Mexican crashed out in Q2 leaving him lining up in P13 for the start of tomorrow's race.

"It’s a shame for Checo but hopefully he can make up the places tomorrow during the race," said Verstappen.

Perez admitted that the accident which triggered the only red flag stoppage of qualifying has been his fault after he "messed up" on cold brakes and became wedged in the barriers between turns 3 and 4, unable to reverse his way out.

"He just misjudged his braking and ended up in the barrier, said Horner. "But this is a track you can overtake on, so hopefully he can secure the team some solid points."

Russell on soft tyre gamble: 'I'm glad I went for it'