McLaren's Lando Norris insisted that he was happy with sixth place on the grid for the British GP and that it was the best that McLaren could reasonably have achieved in tricky wet qualifying conditions at Silverstone on Saturday.

The Briton got a big boost from home fans, and was consistently in the top ten in each round of this afternoon's session, although he admitted that his final run hadn't been among his best.

"I kind of messed up my last lap but I was still very happy with P6, and it’s been a good job by the team," he said afterwards. "I made a couple of mistakes so it wasn't the best of jobs from me.

“[But] I’m very happy. P6 is the best we could have done today," he asserted. "I’m happy with how I did today, I think I got the laps in when I needed to.

"I saved a little bit for that best lap that I did. I did one lap on recharge - it was a good lap, and we have a lot of porpoising this weekend," he told Sky Sports F1.

"The trickiest part is Maggots and Becketts, especially Becketts. There were streams and little puddles. The high speed in the wet with inters, you've got to get a little lucky."

Having got that stroke of luck, Norris will be starting on the third row alongside fellow Brit Lewis Hamilton in the Mercedes, with Fernando Alonso and George Russell ready to pounce from the row behind given half the chance. 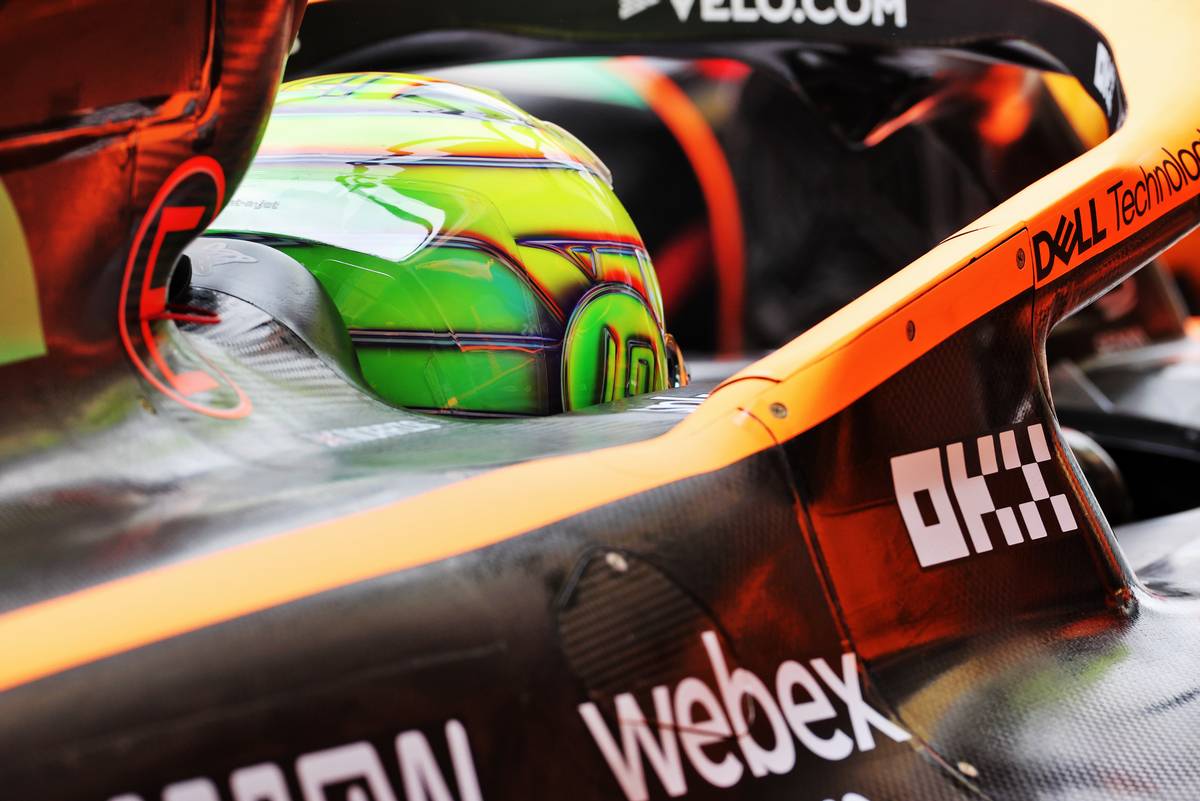 "P6 is ahead of at least one of the cars we know is quicker than us" he said. "It’s a good position for tomorrow and hopefully we can stay around there for the race.

"I'm very satisfied to be ahead of one Mercedes who are much quicker than us, and not far behind Hamilton," he said "I'm expecting George to come past me quite quickly. Our race is with Fernando, Zhou [Guanyu], maybe not the Williams.

"I think it will be a good fight with Fernando, he'll be my main target. I'll probably just wave George through!" he grinned.

McLaren executive technical director James Key was pleased with Norris' "quick and controlled drive in unpredictable conditions", adding: “A great job by Lando and his team to keep an extremely tricky session together."

Unfortunately once again it was a very different picture for Norris' beleaguered team mate Daniel Ricciardo, who missed the cut at the end of Q2 and will have to do his best tomorrow from 14th on the grid. 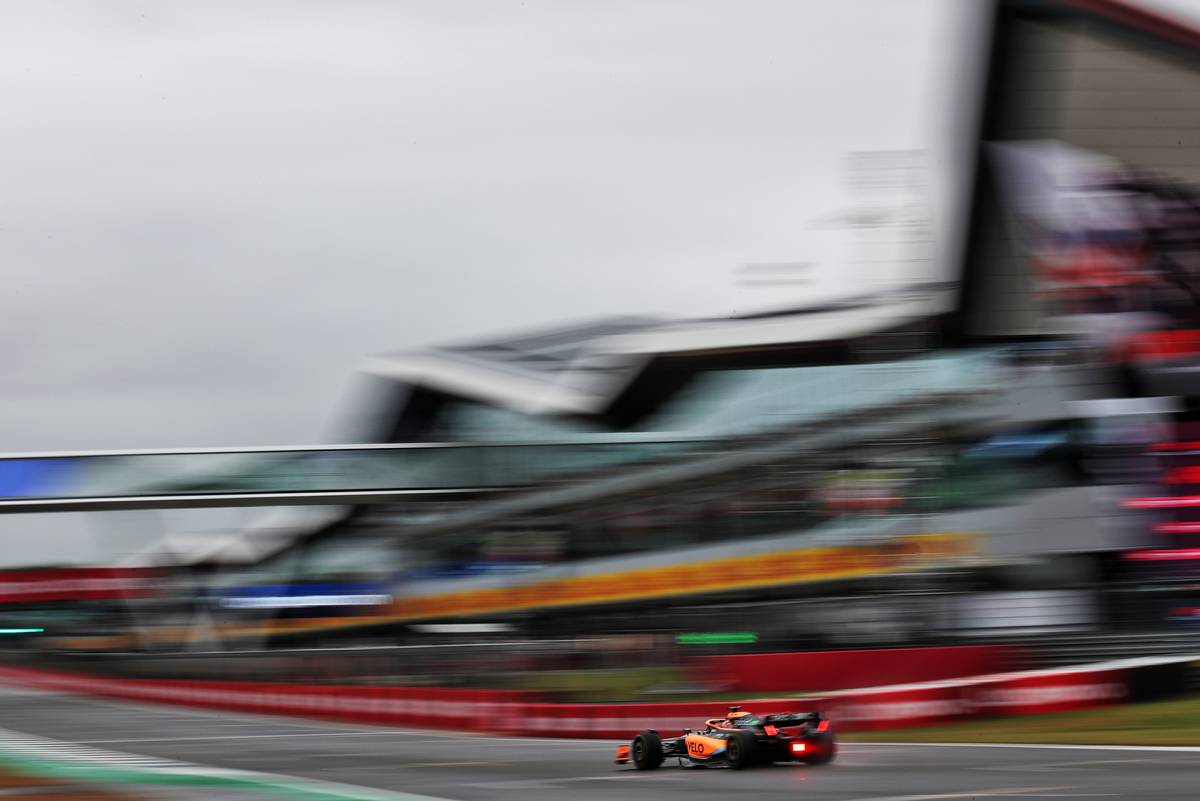 "Daniel’s run in Q2 was a victim of circumstance and the changing conditions," Key explained. "The track was getting slower as more rain fell throughout the session and effectively fixed the order at an early stage.

"I have little doubt that Daniel would be much higher up the order if the conditions had remained constant. It’s a real shame, but we know he will fight to score points tomorrow."

“I’m obviously disappointed with the result in the end today," Ricciardo himself admitted. "It felt just like I didn’t get the lap in when the conditions were at their best, and that’s what cost me more than anything else today.

"I think in hindsight I needed the lap to be put in early because the track was at its best early-on but then I struggled to get the lap in when it counted," he said.

"I think the driest lap I found, I went off. There was a dry line there, I just caught some of the wet and lost the lap so that’s on me.

"It’s put us quite a bit back on the grid, so we have a lot of work to do tomorrow - but we will come out swinging.”