Hot on the heels of earning his first Formula 1 championship points last time out, Mick Schumacher enjoyed one of his most competitive races to date as he battled with Mercedes' Lewis Hamilton in Saturday's sprint race in Austria.

Schumacher and his Haas team mate Kevin Magnussen were running in front of Hamilton after the seven-time world champion lost out in midfield contact at the start of the race.

Even though the Mercedes W13 is seen as the stronger car, Hamilton struggled to find the straight line speed necessary to overhaul the Haas VF-22 when it counted and he remained trapped behind the pair for much of the race.

But Schumacher grew frustrated when he found himself bearing the brunt of Hamilton's attacks, and then dropped out of DRS range of Magnussen who had been ahead of him on the track duelling with Alpine's Esteban Ocon.

Without that, Schumacher succumbed to Hamilton and lost P8 and a valuable championship point with two laps to go. He complained afterwards that Haas should have swapped their cars around, as felt that he had been “quite a bit quicker” than the Dane.

"I think that it’s something to be discussed,” Schumacher told Sky Sports F1 afterwards. "The battle with Lewis was fun, but in the first place it shouldn’t have happened. 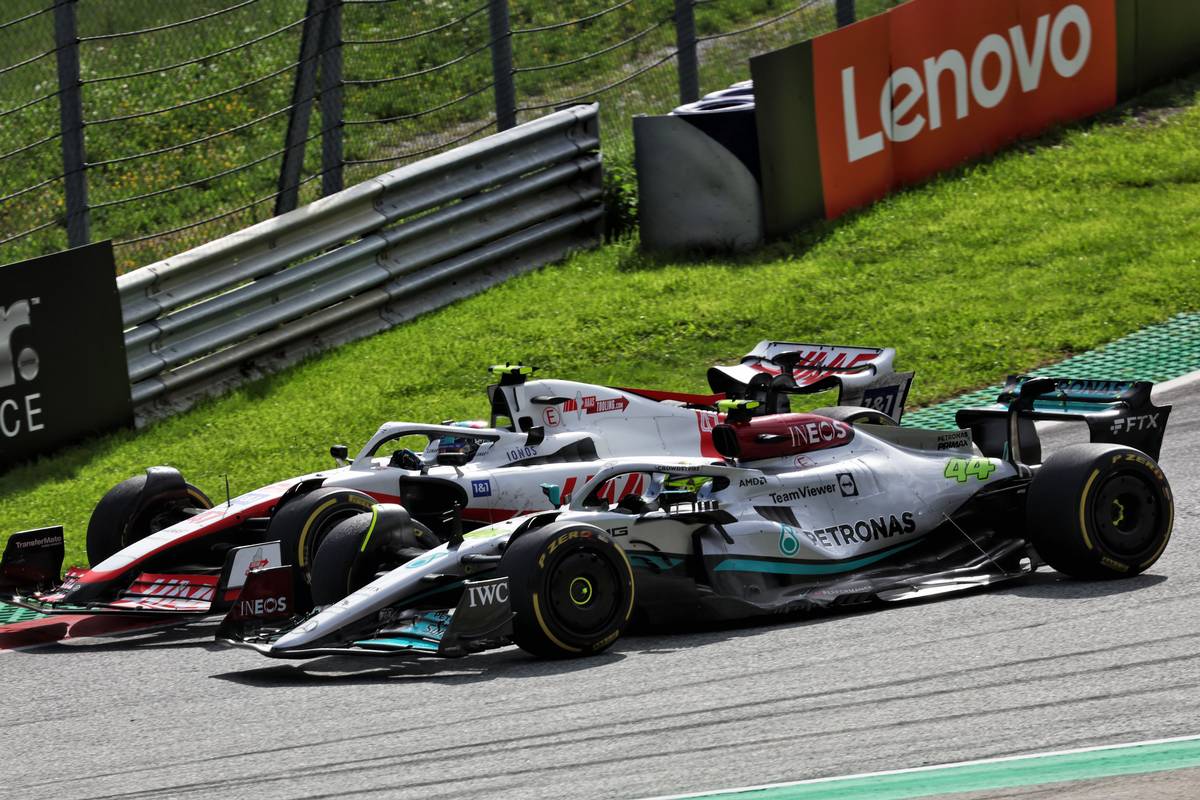 The Haas pit wall turned down Schumacher's requests for team orders to switch the cars around and as a result he felt that he had “saved” Magnussen from coming under attack by Hamilton.

“It’s something to have a look at maybe for my understanding on why we didn’t swap the positions," he said. “I think I had more pace to be in front.

"I felt I probably could have attacked Esteban ahead," he continued. “In some ways I was saving his [Magnussen’s] butt from the attack of Lewis.

“I was actually hoping he would drop back, which I think didn’t happen. So, that left me vulnerable then to [Hamilton's] DRS."

For his part, Magnussen said he was never asked to let his team mate go past: “I don’t know, I obviously can’t hear what Mick says,” he commented. 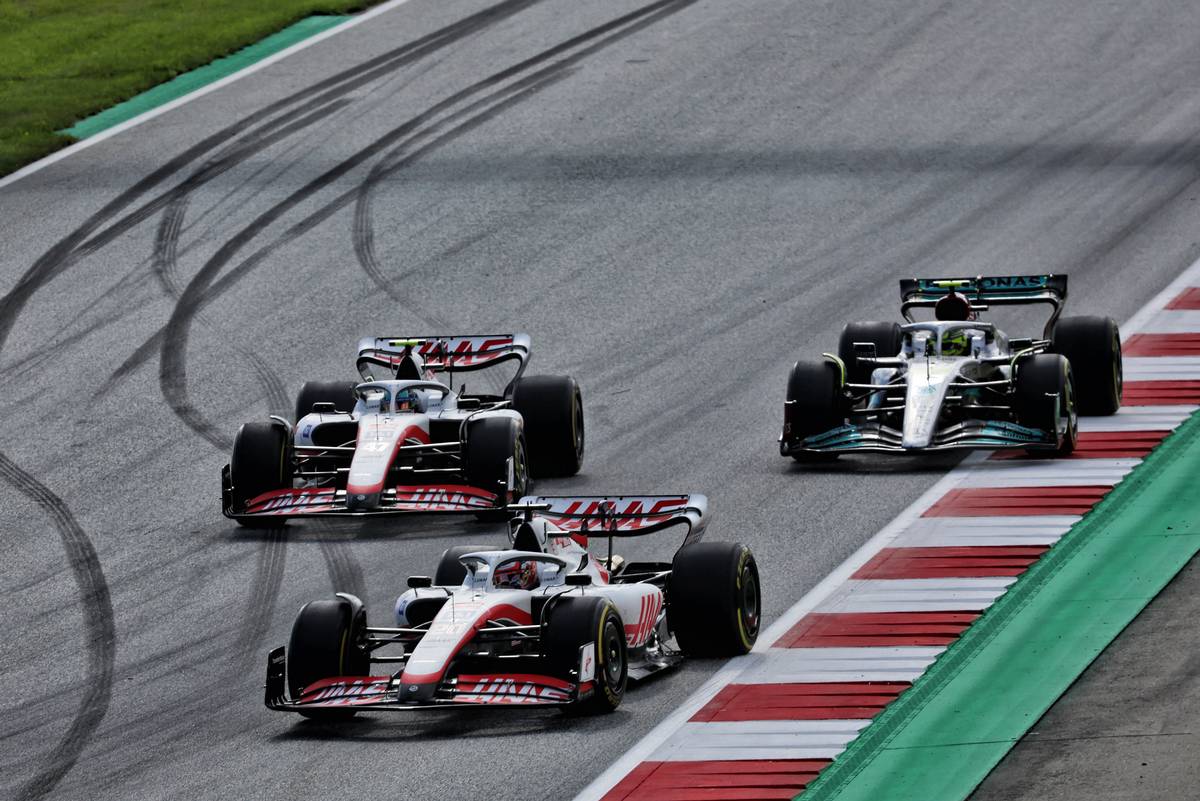 “But it was a great day for us. We scored points, we’re starting P7 and P9 tomorrow for the main race," he added. “We really can’t be disappointed with this in any way.

"I didn’t expect that we would be able to do that, especially after this morning in practice. It didn’t look good, it didn’t feel good, so we made some changes but the cars are under parc ferme so it’s very limited to how much you can change.

"The changes worked and the pace was more of less back for the race.

"We’ve got two points so I’m very happy and we can certainly fight for points tomorrow," he added. "I’m looking forward to another try tomorrow.”

Schumacher is one of a number of drivers visiting the race stewards this evening, although he's not entirely sure why beyond a 'start line infringement'.

“There’s one thing I can think of, which was I did a burnout in front of Kevin, but I let him through,” he shrugged. "Other than that I don’t really know if there’s anything I did wrong. I don’t think so. Maybe I was out of position." 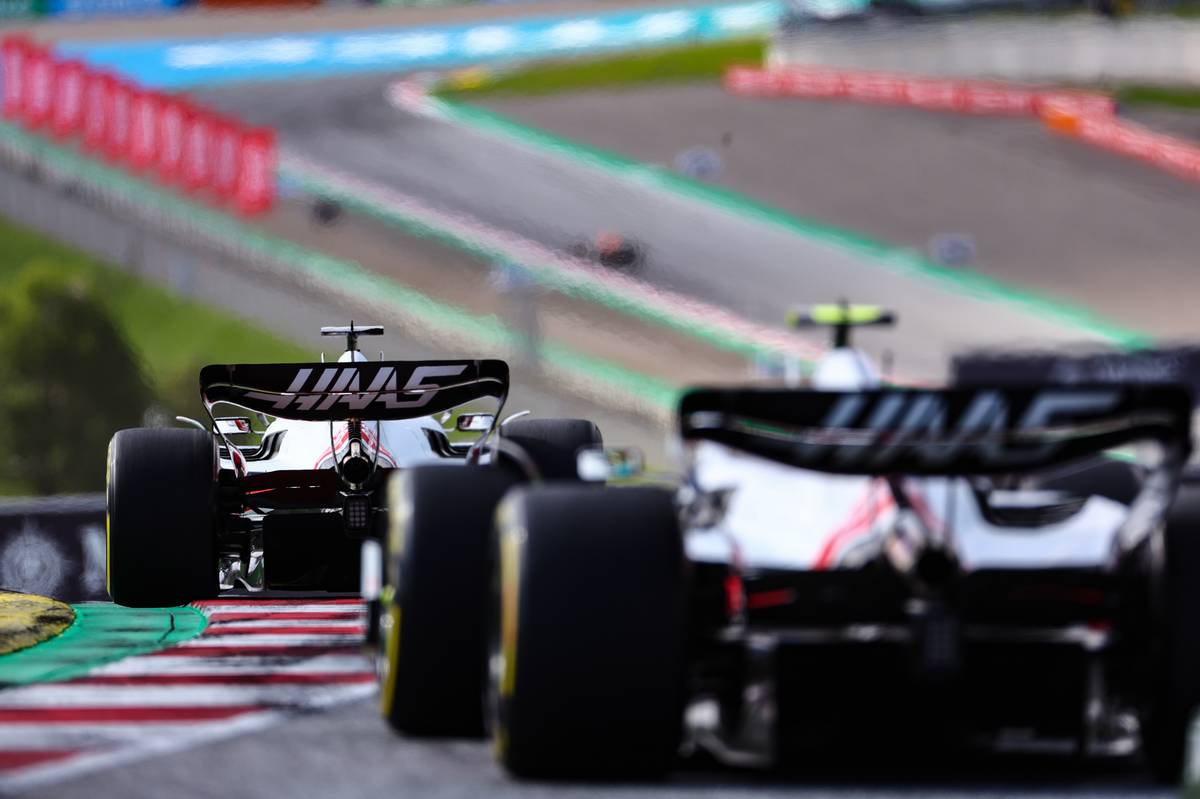 Overall though Schumacher agreed that it had been a good day for Haas and very encouraging for their season.

"It’s surprising to see that we were able to fight [Hamilton] for that long, and even the Red Bull behind us [Sergio Perez] wasn’t that much quicker," he said. "That was a nice feeling."

Haas F1 Team principal Guenther Steiner added: "Kevin was the only one who brought back points, but that was thanks to the help of Mick. He first held off Perez and then Hamilton for a long time.

"It was very cool to see Mick holding off a seven-time world champion. It was very good team work and I’m pleased with the result."

Vettel fined €25,000 for storming out of drivers' meeting

'Good race and recovery' puts Perez back to P5 for Sunday