Lando Norris only had a seventh place to show for his efforts in the Italian Grand Prix, but the McLaren driver reckoned Monza was one of his best managed races ever in Formula 1.

Norris had qualified seventh but lined up alongside teammate Daniel Ricciardo on the second row of the grid in P3, courtesy of the engine-related grid penalties levied upon four drivers who had qualified in front of him.

However, when the light went off, it all went wrong for the Briton who bogged down at the start, through no fault of his own.

As he sat on the grid, Norris was informed by his team that they could not get activate the proper launch map, meaning he would need to control the start entirely on his own.

"Nothing I could have done," Norris commented," quoted by The Race. "It’s just settings for the launch, which you need to have and you can’t adjust.

"I expected something poor. When the lights go out you have to react and you feel you’ve got it going, but [you go backwards].

The McLaren driver was immediately overhauled by Daniel Ricciardo, Pierre Gasly, Fernando Alonso and Max Verstappen, and briefly by rookie Nyck de Vries before slipping back ahead of the latter at the first chicane.

Norris clocked in sixth at the end of the first lap but eventually fell back to eighth as he succumbed to a fast-charging Carlos Sainz and then to the Alpine of Fernando Alonso. 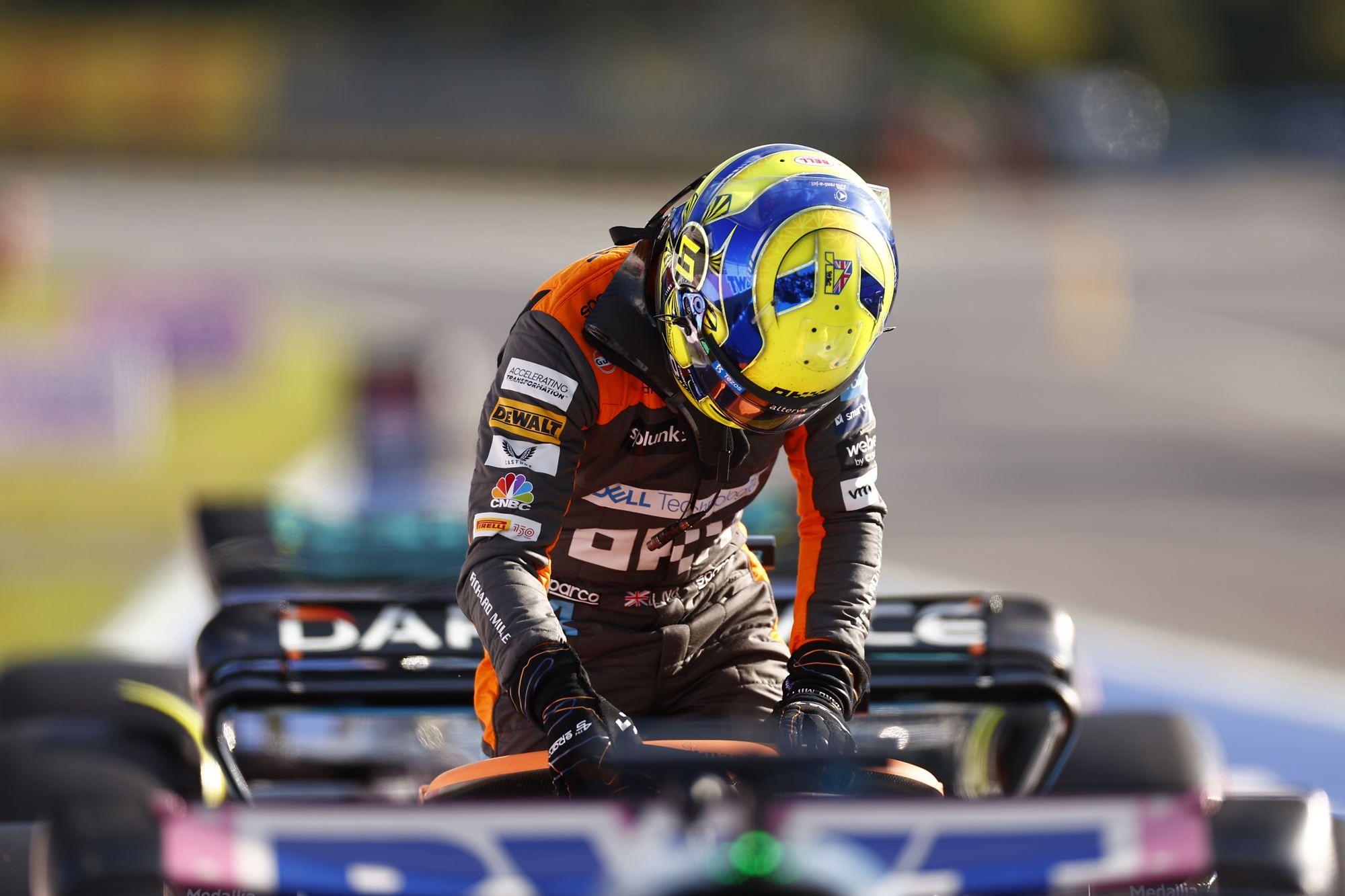 But a long first stint on the medium tyres allowed him to run as high as P4 before he pitted for a set of softs and fell back to P7 where he held his own until the race's late safety car which ran until the checkered flag.

"I went extremely long on the first stint," said Norris.

"I would say it was probably one of my best races in Formula 1 in terms of management and being patient with things and so on. One of the best I’ve done definitely this year, almost in Formula 1."

However, McLaren's crews had not done an optimal job when swapping Norris' mediums for softs, as the lengthy stop allowed Lewis Hamilton to gain a track position against Norris.

But the Briton reckons the Mercedes driver would have perhaps passed him even if he had emerged ahead of the seven-time world champion. Still, it would have been a battle worth fighting.

"Whether or not he would have passed me after a few laps, quite possibly," said Norris. "But we would have had a race and an opportunity.

"Maybe I could have hung on until the safety car? So fifth was where we should have been today, but we ended up seventh.

"Seventh doesn’t feel like it accomplishes a lot for what I feel like I did but that’s life. It happens and we’ll learn from it and move on."

Ferrari clearly made 'step ahead' at Monza – Binotto