Yuki Tsunoda is understandably delighted to be heading into his home Grand Prix this weekend, for the first time in his Formula 1 career.

The 22-year-old, originally from Sagamihara in Kanagawa Prefecture, Japan, missed out on having a home event last year because COVID led to the cancellation of many of the long-distance 'flyaway' races.

This will be the first Japanese GP since 2019, when Tsunoda was still a rookie Formula 3 driver. A lot's changed since then and Tsunoda has 37 race starts to his name and a fresh contract for a third season with AlphaTauri.

Tsunoda has raced at Suzuka International Racing Course in 2018 while competing in Japanese Formula 4. He was quick to add to his local knowledge on Friday, completing 43 laps on Friday in tricky wet conditions, more than any other driver across FP1 and FP2.

“It’s been an amazing experience, an absolute dream come true," he said after the end of the day's sessions. He's the first Japanese driver to compete in his home GP since Kamui Kobayashi drove for Caterham in 2014.

"When I left the garage for the first lap in FP1 I was really emotional, especially when I entered Turn 2, as I’d been watching there last time I was here as a fan.

"I tried to not let this get to me when driving but as soon as I jumped out the car the adrenaline hit, and it was a great feeling, said. "It was a similar feeling to when I made my F1 debut.

"Definitely I enjoyed it," he beamed afterwards. "I wasn't feeling pressure or anything. I tried not to feel overexcited, but especially outside of the car I started to feel more adrenaline, more energy [from the fans]. 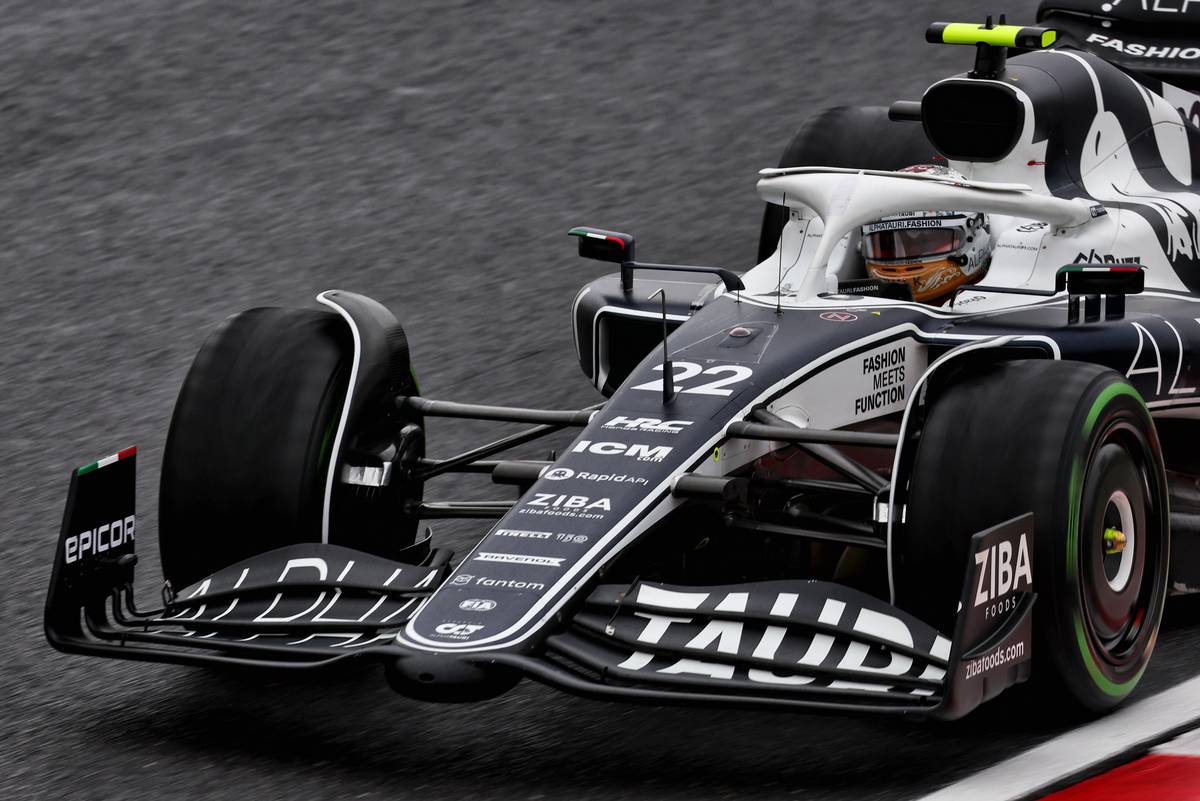 "I haven’t driven here since Formula 4, and I’d say even my out lap today was a faster lap than I’ve ever done here before in Suzuka.

"Compared to the other drivers I don't have experience at Suzuka or driving in front of my home fans," he admitted. "Even though it was raining quite a bit at the time, I wasn't thinking about the times, I just wanted to gain that experience.

"I was really surprised and grateful at how many fans turned out in the rain," he added. "The spectators had been waiting in the rain, and I thought it would be easier to see in the spray when there were few cars on track.

"Of course I wanted to drive in the dry but I can't change the weather, and I'm happy I was able to stay focused in the wet," he said.

"It was really important to think carefully about the timing of when to find the sweet spot.," he continued. "In moments when the rain stopped that's when my best times came, and sometimes the rain would start again on the next lap.

"It’s been tricky to find the sweet spot with the car, as sometimes the track dried really quickly and other times the rain was much heavier." 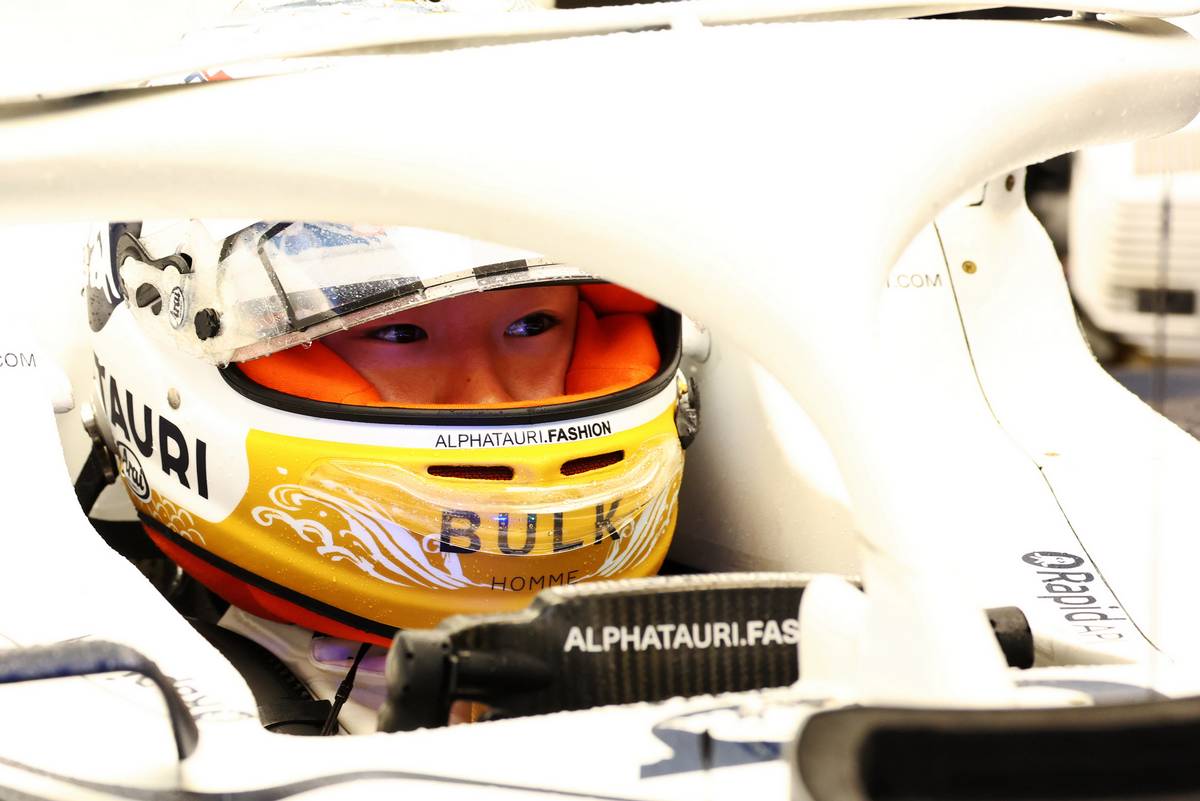 That variation is the reason why no one is taking times and positions too seriously at this point, with the rest of the weekend forecast to be drier and warmer.

"We’ve spent the day gathering as much data as possible and building up the pace lap-by-lap when possible with the weather, but we’ve still got some work to do.

"Tomorrow looks to be sunny so it’ll be another new experience for me, which is harder heading into quali with little running. But everyone is in this position with the new car so we’ll see what we’re able to do.”

Tsunoda was P19 and P14 in FP1 and FP2 respectively while his team mate Pierre Gasly was P16 and P19 over the two sessions, which included an extra half hour originally intended for a Pirelli 2023 tyre test that had to be postponed due to the rain.

“We came into the weekend with the risk of rain for Friday being high, and in fact the whole day has been a washout," commented chief race engineer Jonathan Eddolls. 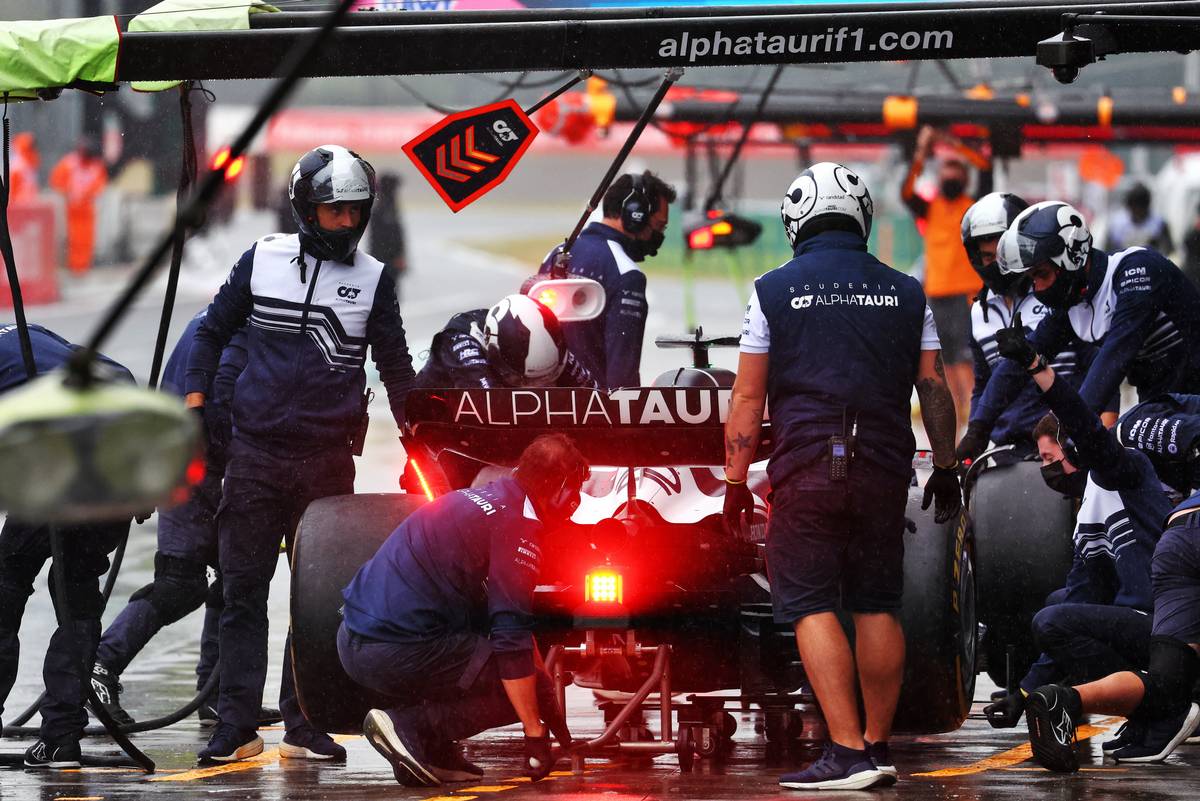 "We didn’t get to complete the planned Pirelli test in FP2. Instead, we ran an intermediate tyre that did not come out of our race allocation, and a wet tyre but had to make these last across both sessions.

"We completed a few test items on the Inters, but the fronts quickly grained with the high energy input from the track. This meant we had a lot of understeer, therefore it is hard to learn much when the car has this balance

"We did try some sustainable running to wear through the graining in preparation for Sunday, given there is a rain risk for the race but tomorrow is looking dry, so it will be a busy FP3 programme trying to prepare."