Fernando Alonso has revealed that he will only complete one lap during qualifying for the Malaysian Grand Prix, with the McLaren-Honda star looking to save tyres for the race in the light of his engine grid penalty.

Having run the updated Honda power unit in Friday practice - as well as “some parts for next year’s car” - the Spaniard faces a 30-place drop and will see limited action on Saturday afternoon.

“Qualifying will be very short for me – I’ll do just one timed lap, to get within 107 per cent of the pole time and then I’ll watch the rest of the action on TV!” Alonso said. “Then I’ll save as many new tyres as possible for the race to attack from start to finish.”

Despite his latest grid setback, the double world champion has already stated he is targeting a recovery into the points-paying positions.

Alonso is confident his team-mate Jenson Button, who celebrates his 300th grand prix start this weekend at Sepang, can make it in the top 10 both in qualifying and during Sunday’s 56-lap contest.

“I think with Jenson the team can fight for Q3. Hopefully I can join him in the points at the end of the race.

“We are expecting rain, I don’t know if it will come for qualifying or for the race, but whenever it comes it will help us. So there’s all to play for, it was a good day, because we did a lot of laps and the things we tried worked well.” 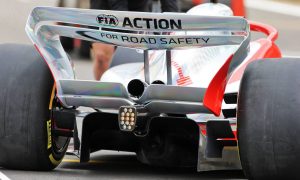