Pirelli has announced the tyre choices made by each team for the season-ending Abu Dhabi Grand Prix, with Mercedes title rivals Nico Rosberg and Lewis Hamilton set to receive the same compound allocations at the Yas Marina Circuit.

F1’s official tyre supplier has nominated its softest range for Abu Dhabi, picking the soft, supersoft, and ultrasoft compounds. All teams have favoured the softest, purple-marked rubber, which has been introduced this year.

Nico Hulkenberg has gone for the most aggressive strategy at Yas Marina: the Force India racer is the sole driver in the field set to receive eight ultrasofts.

It is worth noticing that four drivers will only have one set of supersofts for the entire twilight event, including the McLaren-Honda pair of Fernando Alonso and Jenson Button.

The complete Abu Dhabi GP tyre allocations can be found below: 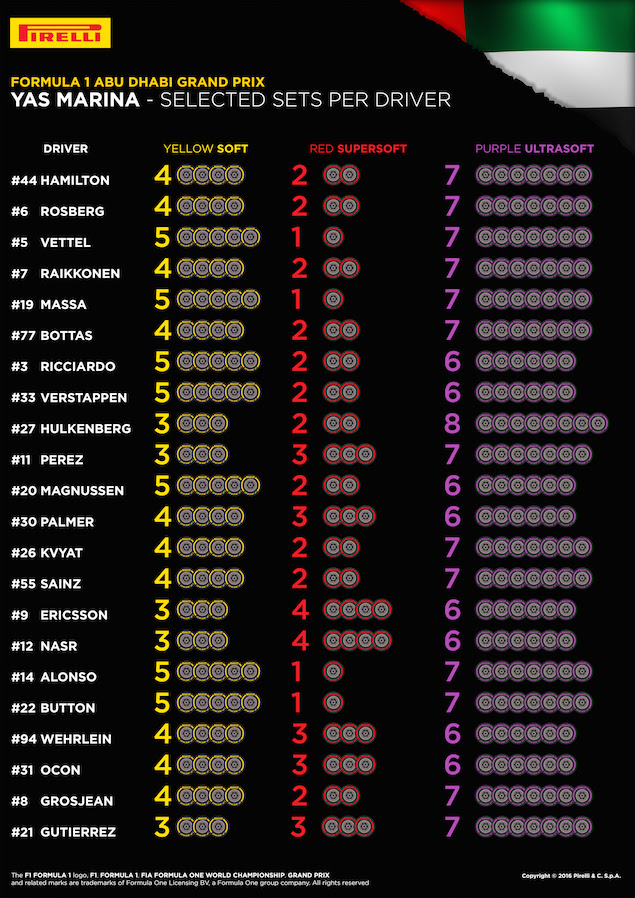 Palmer ‘could see nothing’ before hitting Kvyat