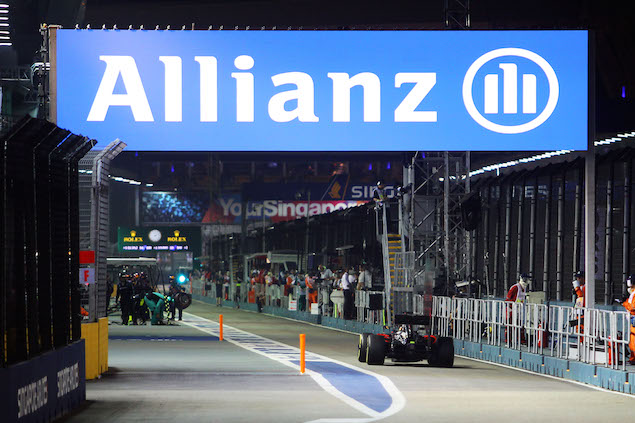 Fernando Alonso: “Today’s race was definitely disappointing for us because both Jenson and I could have been in the points today and we missed that opportunity. Gearbox problems caused the failure of both cars.

“Before retiring, though, we were running in the top 10, and our performance on the Supersoft [tyre] was quite good, so I think we could have kept that position until the end. But to score points you have to finish, and we didn’t today, so today was a reminder that we need to work harder than ever. We still lack performance and reliability, and fixing those two things represent a lot of work and we need to do that.”

“We went very long on our stops, and I was able to look after the tyres well, which is always helpful, and the second Safety Car helped us.

“But it’s been a tough season. Everyone is feeling it, but it’s not slowing us down in terms of how much effort everyone is putting in, both in Woking and Sakura.

“So the team will now get their heads down and focus on the next race, in Japan. It’s Honda’s home circuit, but it’ll be another tough weekend.

Eric Boullier, McLaren racing director: “Our cars showed encouraging race pace today, Fernando’s best lap only 1.1s slower than Daniel’s [Ricciardo] fastest lap of the race, despite Fernando’s lap-time having been set with quite a lot of fuel still on board.

“However, today is of course a disappointing day for all at McLaren-Honda, since we were forced to retire both our cars before the finish with gearbox issues.

“We’ll investigate the cause or causes of those issues, in an effort to make sure they never recur.

“From here we’ll travel to Suzuka, one of the greatest racetracks on the Formula 1 calendar, the home Grand Prix of our engine partner Honda, whose power units performed with admirable reliability throughout the past three days here in Singapore.”

Yasuhisa Arai, Honda motorsport boss: “At the beginning of the race, our pace was good, and we had hopes for a double points score. However, both cars had to retire due to gearbox issues.

“It was a disappointing result, because our set-up became better as the weekend progressed.

“As today’s race was a back-to-back race with Suzuka, we don’t have much time, but we’ll gather whatever data possible from today, fix the problems, and prepare for our home Grand Prix.”