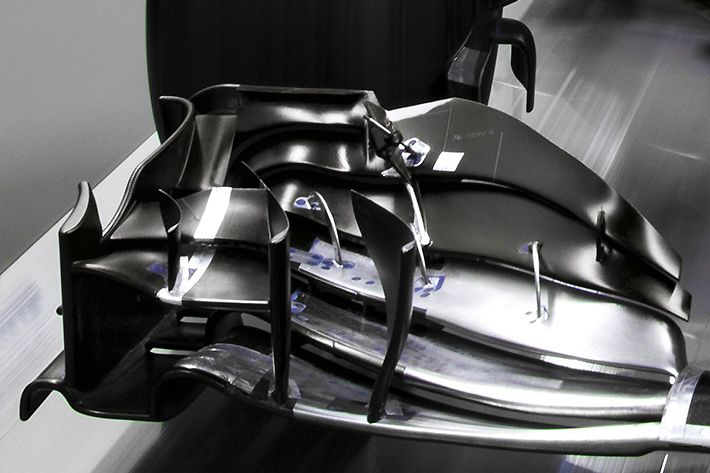 LIMITATIONS AND VERIFICATIONS: THERE IS NO HIDING FROM THE FIA

There was a time in Formula 1 when wind tunnel exploitation was on a 24/7 schedule, with four teams of engineers working 8-hour shifts. The FIA put a halt to that however in 2014, and teams are now restricted to 65 runs per week, with logs regularly controlled by the governing body.

“In the wind tunnel we have a 60% scale model of the racing car, we cannot go bigger,” says Hine.

“Before 2014, some of the big teams were testing 100 % scale models, which was hugely expensive, because the forces increase significantly as you scale the car up, structural requirements and cost grew very quickly. 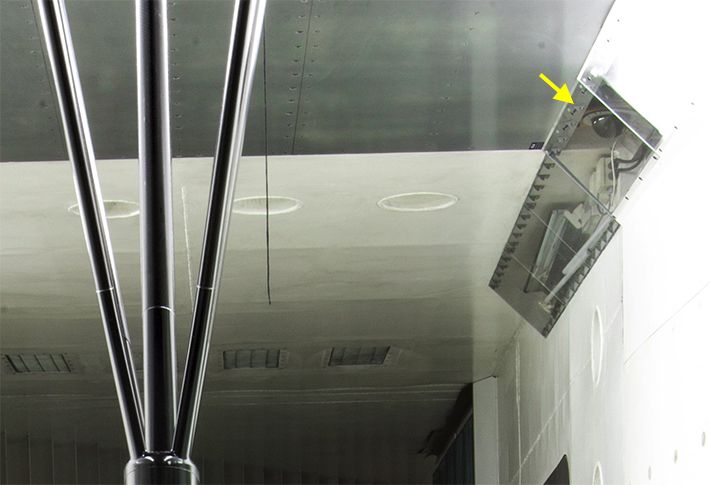 “The wind tunnel runs at 50 meters per second (160 km/h). The model sits on a belt, a kind of treadmill a bit bigger, and it runs at the same speed as the wind. We are only allowed to test 65 configurations of the car in one week. We are CFD regulated as well. We are limited on the amount of computing power we can use in a given eight weeks period.

“It relies for a certain amount on whistleblowing. A lot of people move between teams, so if one team would cheat, the FIA would know it very quickly.

“We have CCTV in the wind tunnel, and the FIA can ask for that footage at any point. We submit a report to them every eight weeks, and we tell them everything we have gone up to (what speed we have running at, when we did work that was not F1 relevant, etc.).”