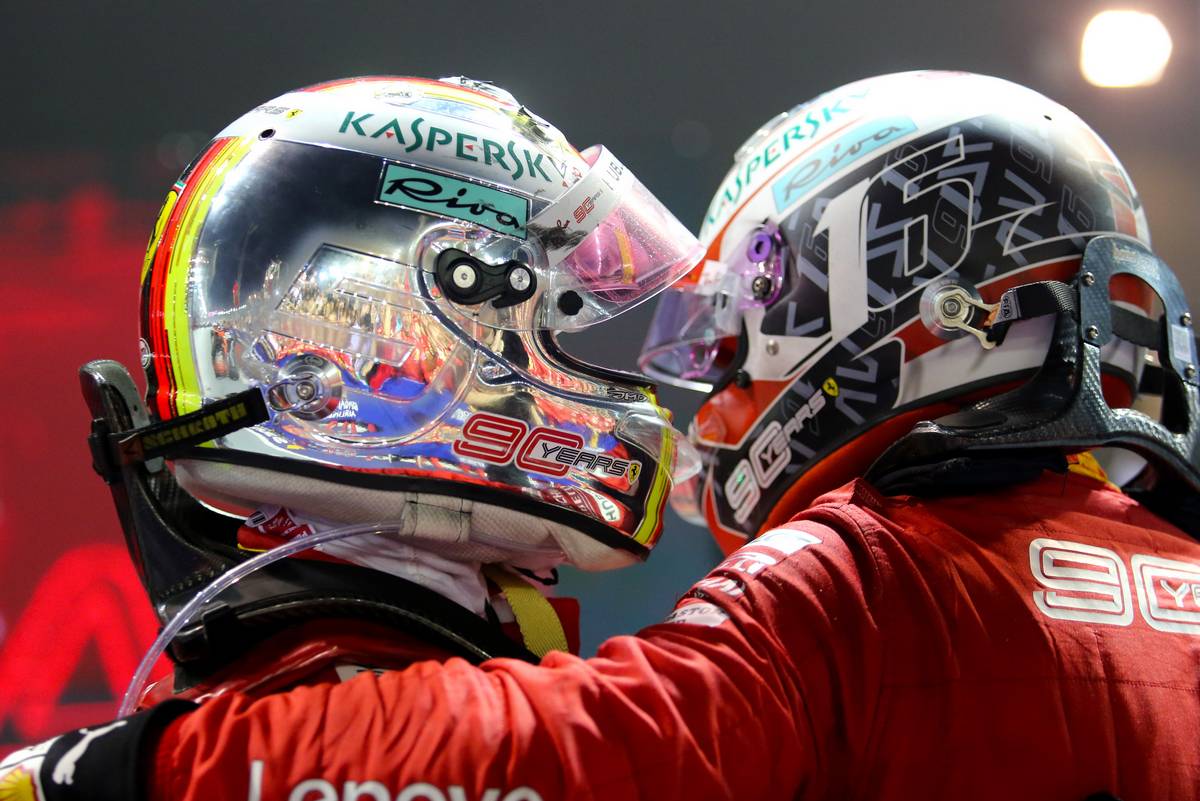 Charles Leclerc
"As a team, it was a positive weekend for us. Arriving in Singapore, we did not have high expectations, so bringing home a one-two finish is a pleasant surprise and also a sign that all of the hard work done by the team has paid off.

"That said, of course I am a bit disappointed to finish in second place. But I am certain that our race was aimed at maximising our result as a team, which we did, and that is good.

"We know that we have a lot of potential and will keep working in this direction to do the best job possible at the remaining six races. Now I look forward to the next one in Russia."

Sebastian Vettel
"After yesterday, when I wasn't able to get everything out of the car, I am pleased with the way everything went today. It was about time! The last few weeks have been far from simple for me, but in the end, I knew I could turn things around. I never stopped believing in myself and today, with the great help of the team here and in Maranello, we got the result we should always be aiming for.

"I was playing a waiting game until I got the call on the radio to pit for new tyres. I had not expected to stay out so long but the decision was key, because I was able to rejoin with a clear track ahead of me and I could run at my own pace making up ground on all the others, to the extent that I was in the lead by almost five seconds at the time the Safety Car came out. From then on, the race was continually interrupted, with a further two restarts, but I still managed to maintain concentration and avoid making any mistakes.

"It's too early to say if this win means we can be competitive on all the coming tracks. Here, whoever is in front sets the pace, almost like in Monaco and on used tyres, Hamilton seemed stronger than us, which means we still have work to do when it comes to our race pace. Certainly the upgrades we brought here worked well and made us competitive, which means we are working in the right direction."

Mattia Binotto, Team Principal
"The 1-2 today is very important to us because we achieved it in a different scenario, on a very different type of circuit to Spa-Francorchamps or Monza. The team managed the situation, the strategy and the pit stops very well. The aero update we brought here worked well and, combined with our drivers' confidence around here and the tyres, that we managed to get to work properly, we actually got more than we expected today.

"Well done to Seb, he deserved to win! We had to bring him in first, to protect his position because Max Verstappen was about to pit and that was Seb's best chance to overtake Hamilton. Also, we knew that on the following lap we would have pitted Charles, so it was important not to stop both the drivers on the same lap. The undercut was very effective. Seb drove very fast and very well on new tyres in that part of the race and gained the position to go ahead of Charles, which is part of racing.

"For his part, after the spectacular qualifying yesterday, Charles had a solid and consistent race.

"The car is good and is constantly improving and the team is working and reacting well. There's no doubt about it, we are all very happy with this victory."