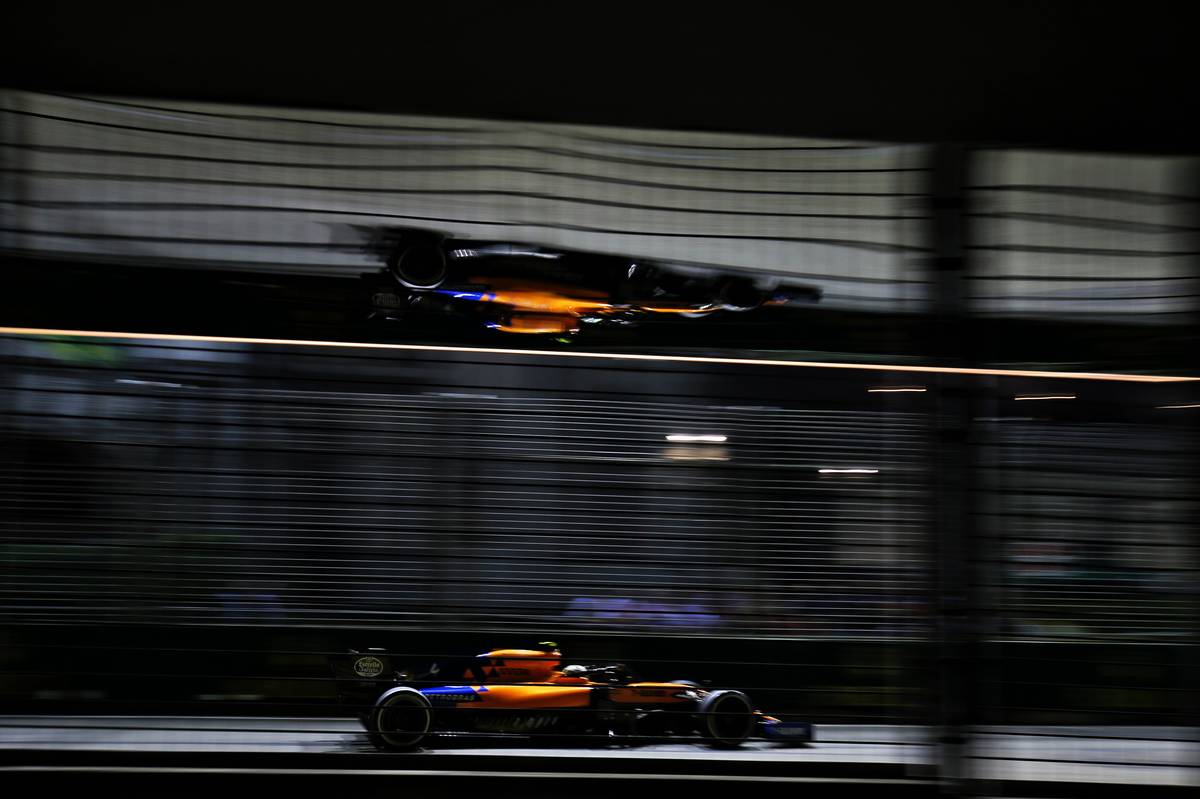 Lando Norris
"A good race in the end with decent points, and I don't think there was a lot more I could have done. We did the best we could at the start but I was just getting held up by everyone ahead, which is part of the race because everyone is trying to save tyres. There were Safety Cars, sometimes helping but other times hindering, as it allowed Hülkenberg and Gasly to come behind me on the softer tyre - a much fresher tyre as well - and I was under quite a bit of pressure towards the last few laps.

"I was having to push, which was fun, because for the rest of the race we were just driving around so slowly. It was a shame about Carlos getting hit by Hülkenberg at the beginning, because I think we could both have been in the points today. Massive thanks to the team and everyone back at the factory for their hard work."

Carlos Sainz
"Very disappointing end to the weekend. For the second time in a row we end up with a non-points finish when we were up for a good result. We had the start that we wanted; we were P7 attacking the Red Bull in front of us. However, into Turn Five, I got hit from behind by the Renault and that was it. We had a puncture, big car damage, a long pit-stop and I was one lap down. It's a shame because it would've been a good P7 and a double-points finish for the team.

"Nonetheless, we didn't give up and fought hard until the end. I felt strong physically and mentally in the car, and I'm sure we can fight back in Russia. Let's put this race behind for now and focus on next weekend."

Andreas Seidl, team principal
"What a race! It's very good to come away from Singapore with more points than our competitors in the Constructors' Championship. Unfortunately, Carlos' race was pretty much over after a couple of corners but he battled back really well.

"Great drive from Lando to bring the car home in the best possible position we could achieve today. He coped well with immense pressure in the final laps, when the Safety Cars put guys with better tyres directly behind him.

"It's tough in this heat but the entire team in the garage and on the pit-wall did a great job. We also had good support from the factory with updates that gave us strong pace all weekend. It makes us very optimistic for the races ahead. Next stop, Sochi."