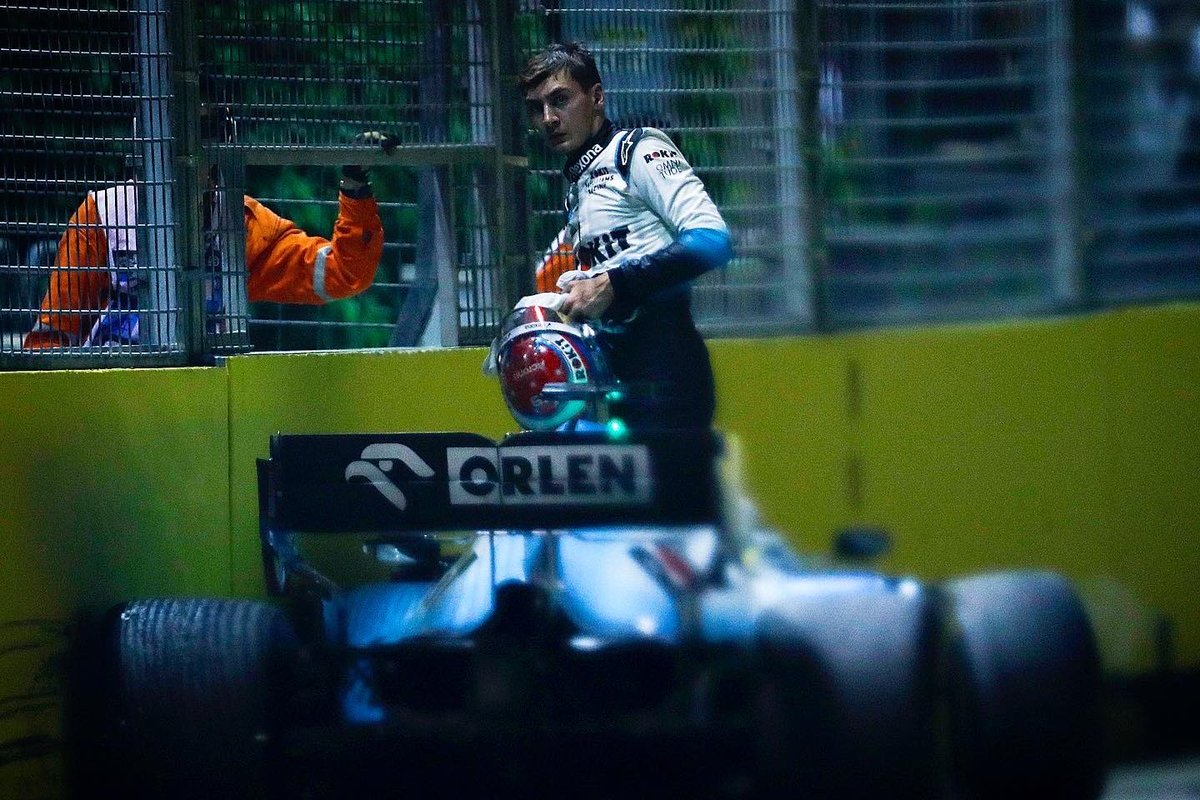 Robert Kubica
"I think I coped pretty well with all the difficulties that this race brings to the driver, to the car, and to the tyres. We had a balance issue with the final set of tyres, so the last 20 laps were pretty challenging. The result is not great, which we expected, but as a personal goal and achievement I think it is quite big looking at how tough this race is. I know where I was two or three years ago, and no one would have believed that I would manage to do such a good race."

George Russell
"It was a rubbish race from the start; I got sandwiched at the first corner with Robert and Daniel (Ricciardo), which was just one of those things. As the race went on our pace seemed good, but then Grosjean went for the overtake on the entry of turn eight. At the apex we were side by side, I had the inside momentum and then come to the exit I was well ahead of him. At that point it's the guy on the outside that needs to concede the corner. Next thing, his front right has hit my rear left and I am in the wall. What looked like a fairly decent weekend ended up as a missed opportunity."

Dave Robson, senior race engineer
"It was a long and difficult race, with three safety car deployments taking us close to the two-hour time limit. George was unfortunate at the very start as he got squeezed and damaged his front wing. He then embarked on a long stint on the Prime compound and was showing good pace in free air before his race ended in the wall following a battle with Grosjean.

"Robert struggled for pace in the opening stint but was happier during the second stint on the Prime compound. A series of safety cars allowed him to remain on the lead lap and with the main pack of cars. At the final restart Magnussen really struggled on his old tyres and Robert was able to overtake him to finish P16. Given his difficulties with a tyre balance problem on the final set of tyres, he did a very good job to manage the race to the end.

"Although it has been a difficult weekend for the team, and we have suffered our first DNF of the season, we have nonetheless taken some useful positives from our time in Singapore, which will pay dividends in the future. It was a difficult race to manage but the team worked very well together and manged the situation well."