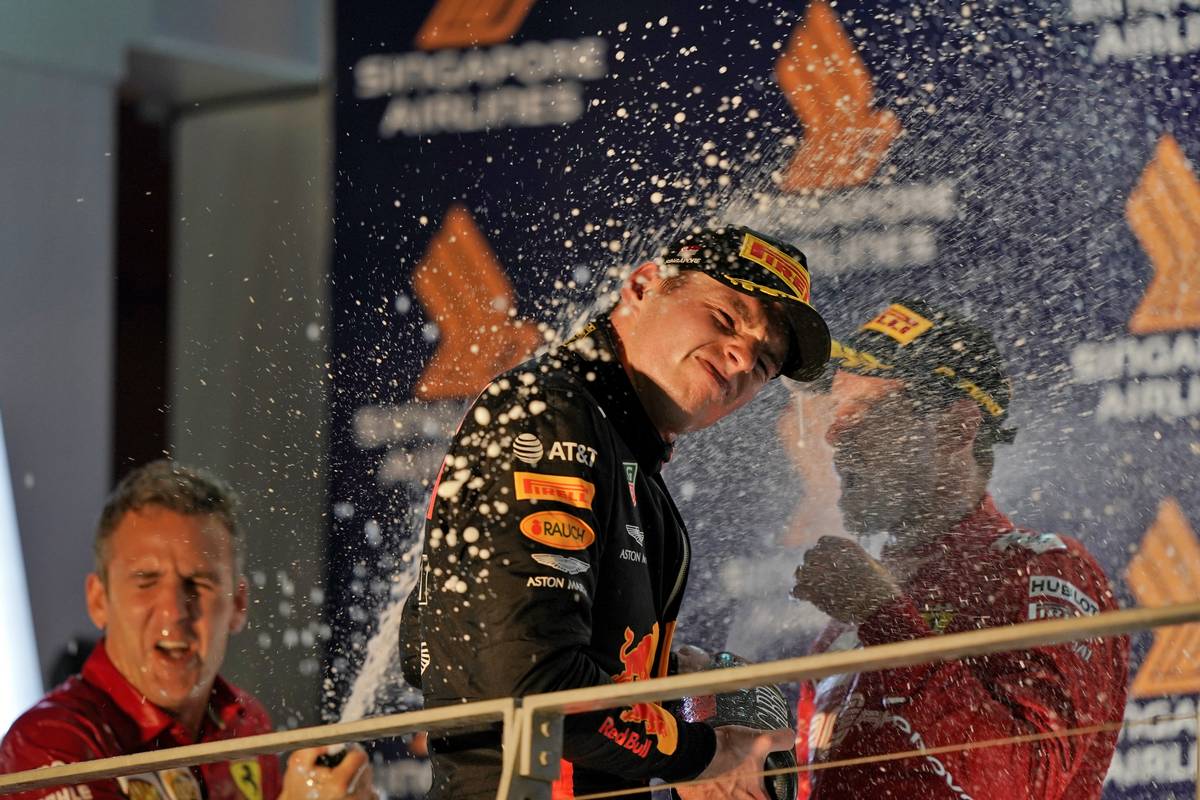 Alexander Albon
"Most of that race was just managing my tyres so it was physically easier than I expected. It was only in the last 20 laps when I was really pushing it that I could feel the strain. So, I would call it a battle of management as I started P6 and finished P6. At times it felt more like a procession than a race for me. It was also a bit frustrating as I spent the whole race stuck behind a Mercedes. As I couldn't overtake on the track I hoped that a pit stop would move me up the field but unfortunately that didn't happen and then the safety car came out a few times. In the middle stint I wanted to get past Valtteri but I didn't have the pace to overtake the Mercedes. I spent the whole race staring at a silver rear wing which wasn't that fun. When he pushed I pushed and when he saved his tyres I saved mine so I felt like I was just going backwards and forwards and it almost felt like he backed me up so Lewis could get ahead. All in all for my first time here it was a positive race. My pace was a lot better so I'm definitely making progress. Even during the race I was finding little tricks to improve my speed. I was amazed by how many Thai flags were out there in the crowd so it was great to be racing here."

Max Verstappen
"Of course we always want to win but finishing on the podium and gaining one place on a track where you can't really overtake is positive. It's true that we came here hoping for more but this is still a good result for us, especially with the pace that the others had yesterday in qualifying. Most of the race was about managing the pace to keep the tyres alive and luckily that worked out for me. Charles was managing his tyres out front and the pace was pretty slow but that kept everyone really close and allowed me to get the undercut on Lewis. We had good pace after the pit stop and I was comfortable in third even with all the safety car re-starts until the last few laps when Lewis was pushing hard to overtake me on newer tyres, but luckily we were able to hold on. I wouldn't say that today was that exciting from a racing perspective but Singapore has a lot of plus points being a street circuit, really tough on the body and just being a cool track to drive on. This wasn't exactly the weekend we hoped for but we will keep pushing before next weekend."

Christian Horner, team principal
"It was a very interesting and strategic race. You could see early on that Leclerc in the Ferrari was managing the pace and eventually when everyone started racing from about Lap 15, the tyres quickly got out of shape for some of the front runners. So we decided to pit as early as we could with Max and we found him a gap on the same lap as Vettel which brought him out just behind Hulkenberg. That cost him a little bit of time and without that, maybe he would also have been able to get ahead of Leclerc after his pit stop, but with Mercedes opting to go longer, that gave him track position with P3. From there Max was able to manage the race extremely well despite the pressure from Lewis who was on a fresher set of tyres. He made no mistakes and did well to bring the car home for a podium. For Alex, it was again a very mature race from him. He was at the back of the front queue of cars and he just had to be patient. He probably didn't have a clear lap all afternoon but he managed the race and his tyres very well. P6 in your first Singapore Grand Prix with the big five finishing ahead is a very solid result."