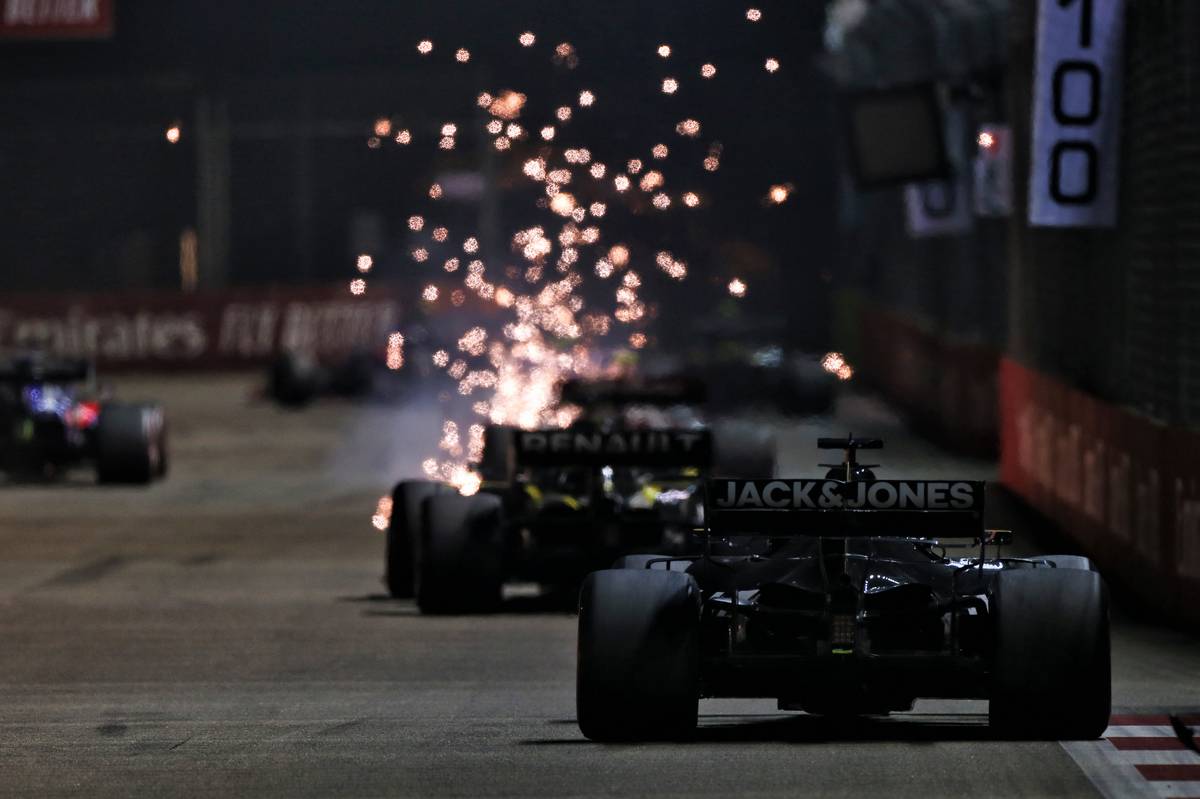 Romain Grosjean
"We weren't far from points. Kevin (Magnussen) was having a great race at the beginning, he was in the top ten when I was struggling more at the back. We tried a different strategy – staying out very long on the medium tyres. We were waiting for the safety car, which then actually came when I had the contact with George (Russell). I need to see the footage, but I was as left as I could be at the exit of the corner. When there's no run-off area, there's nowhere to go, so I touched the wall and we touched there – there was no more room for me to go left. We came back in the race towards the end with the other safety car periods. We battled as hard as we could, but we just had too much tyre degradation at one point, so the last few laps were a bit emotional."

Kevin Magnussen
"Unfortunately setting the fastest lap wasn't worth anything for me. We were fighting in the top ten but got unlucky with the safety cars. We'd been working so hard, we were doing such a good job to get into the top ten on merit – it was not with luck or lucky pitstops or anything. We had a good first lap and good pace in the car. Then we just had all these safety cars work against us. On top of that we had a plastic bag over the front wing, we had to pit to remove that. It was a disaster from there. I really feel bad as it had been a good race and the whole team did such a good job, then we get it taken away from us in a cruel way."

Guenther Steiner, team principal
"Obviously, it was an exciting race for us. In the end we didn't get any points, but all-in-all I think everybody did a good job. We got a little bit unlucky, but it was a lot better than the last two races. If somebody had said that to me before the race I wouldn't have believed them. We don't have any points, we finished 11th and 17th, sometimes we were in the wrong place at the wrong time. I think the team did a good job. We keep our heads up, we keep going, and I know it will come back to us."