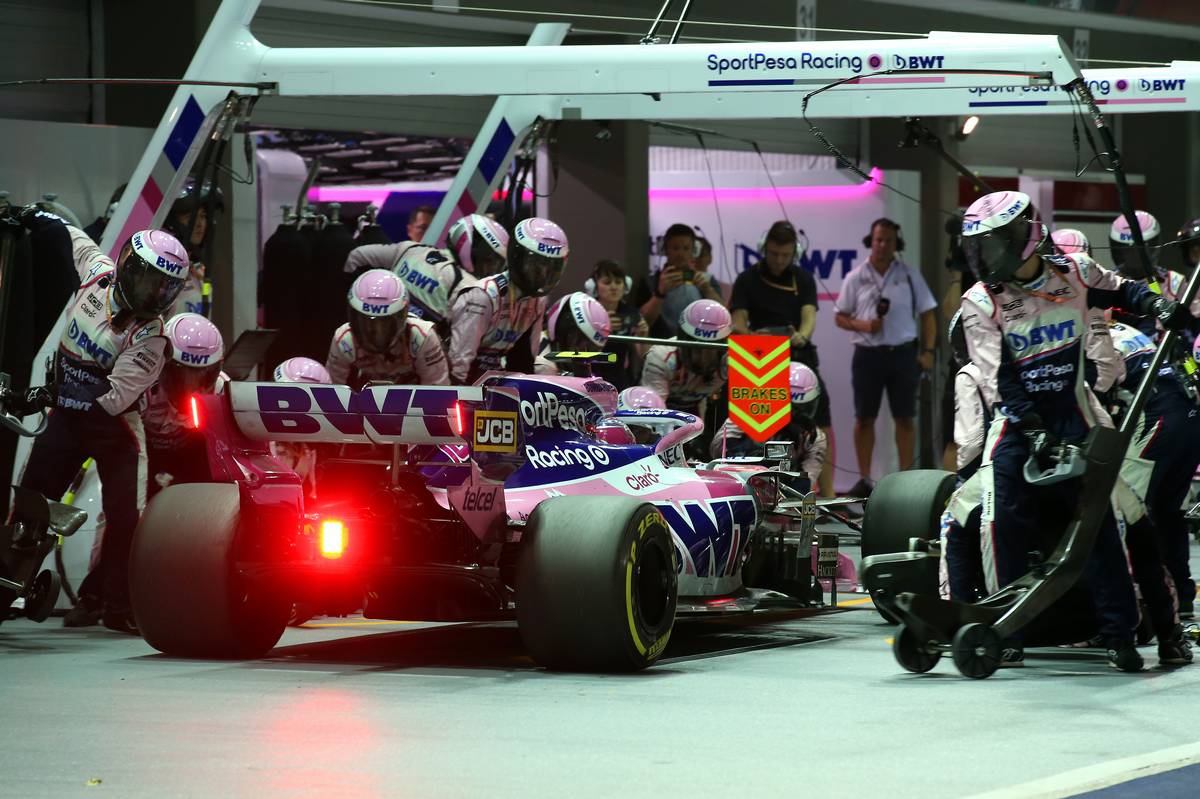 Sergio Perez
"I'm very disappointed. It was a very demanding race, but it was a race that was coming to us. We were there and we were very patient, keeping out of trouble, which is priority number one here. We were looking very good all the way to the end and on course for some points. Unfortunately, we had an oil leak and the team told me to retire the car. It's a big shame because I feel like points were possible today."

Lance Stroll
"The race was full of action but it didn't really go our way today. I made a good start and we were looking strong. But after the Safety Car restart I made a mistake, got a bit too close to the wall and ended up with a puncture. In Singapore, it's all about keeping it out of the walls so it was hard work after that! We lost a lot of time because we had to pit for a new nose, so it was an unfortunate setback. I think we were well placed to score some points today so it's a real shame. It's a weekend to put behind us for sure."

Otmar Szafnauer, Team Principal and CEO
"We were playing the long game this evening and as we approached the final third of the race it seemed as though both cars were on course to pick up points. Unfortunately things got messy during one of the Safety Car restarts when Lance clipped the wall and picked up a puncture, which ended his chances. Sergio was running in the top ten when we spotted an oil leak, which forced us to retire the car immediately to protect the power unit. So it just wasn't our day and it's a disappointing end to a challenging weekend. It's one from which to learn and we will work hard to bounce back in Russia."