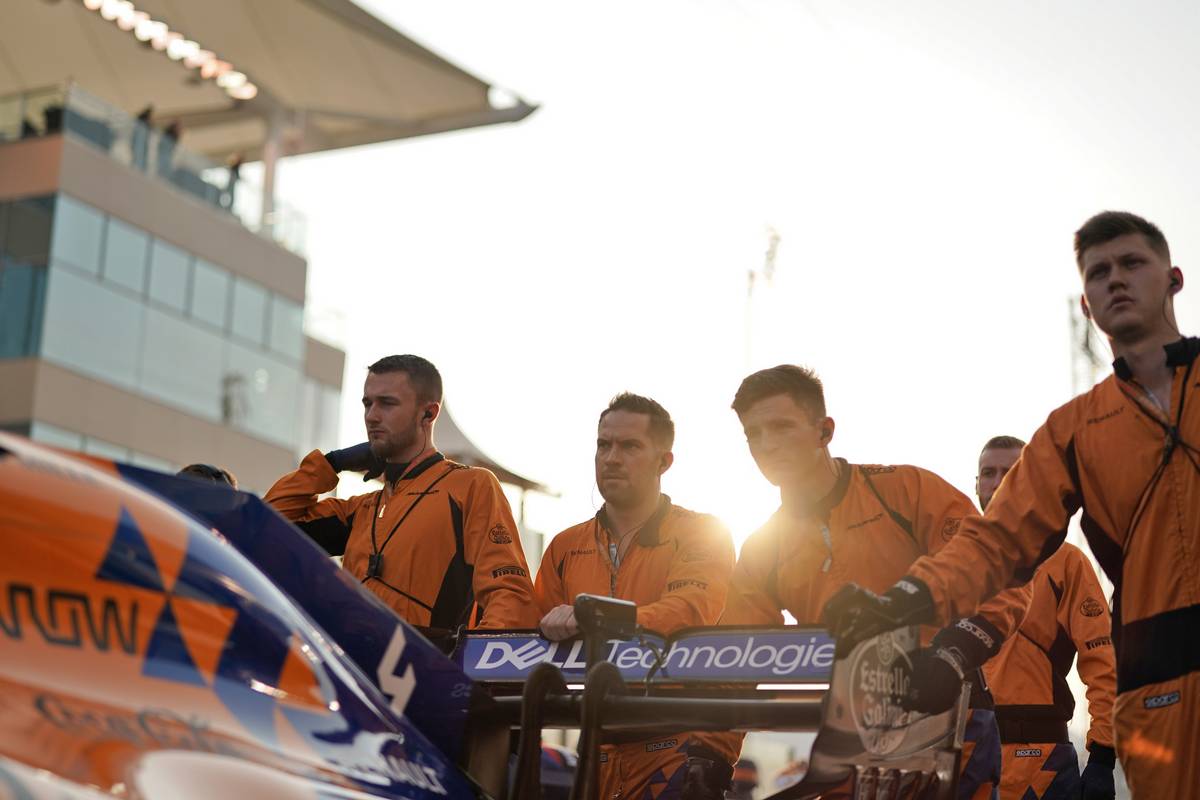 Lando Norris
"Pretty much a good race having made a decent start. I struggled a bit and made a mistake at the end of my Soft stint, then had a big lock-up, so had to box earlier than we wanted to. But in general I felt like I did a good job with my tyre management.

"Good battling, good overtakes when I needed to do them. The only other mistake I made in the whole race was being overtaken at the end by Perez. In fairness, he did me fair and square but I'm gutted because that was a crucial overtake.

"It's been a long season and overall I'm happy. We made some really good improvements and I've enjoyed it a lot. As a team, we've done an excellent job and I'm already really look forward to next season. Thanks to the entire team for making my rookie F1 season so cool!"

Carlos Sainz
"Very happy! The target this weekend was to finish P6 in the Drivers' Championship and we made it happen! It wasn't an easy race, with a lot of traffic in all the stints and having to start with the Soft [compound]. We went for the two stops knowing it was going to put me in a delicate position to make it to the top 10, but also knowing it was my only chance.

"I managed to catch Hulkenberg right at the end and pulled off an overtake, on the last lap, that I will not forget! I'm very happy with my season and extremely grateful to every single member of the team. Thank you!"

Andreas Seidl, team principal
"Finishing in fourth place in the Constructors' World Championship and sixth and 11th places for Carlos and Lando respectively in the Drivers' World Championship, is a great achievement for the McLaren team this year. Most of all today I want to thank every single member of the team here at the track and back home, and our colleagues from Renault, for the outstanding hard work and great spirit everyone put into this year. Our congratulations go to Carlos and Lando for an excellent job all year, in and out of the car, which has been fundamental to all the points we scored and for a brilliant team spirit.

"It wasn't an easy race for us today, since the start on Soft tyres compromised our race time compared to the guys that had free tyre choice at the start. Later in the race we decided to split our strategies and Carlos managed to put in an impressive extra stint with decisive overtakes on Medium tyres, which was then just enough to score the one point needed to secure P6 in the Drivers' Championship. Lando did a great job managing his Hard tyres for a long, long stint, which was just not enough to keep Perez behind, but gave us another P8 in the last race of the season.

"Thank you to all our great partners for the incredible support we've had throughout the season, which is key to our performance recovery and boosts our team spirit. Thank you to Formula 1, the FIA and our fellow teams and competitors for putting on a great show again and continuing to help us build this great sport for the future. Most of all, thank you to our fabulous fans, who make it all worthwhile, are such fantastic supporters of McLaren and give us the extra motivation every day. Bring on 2020!"