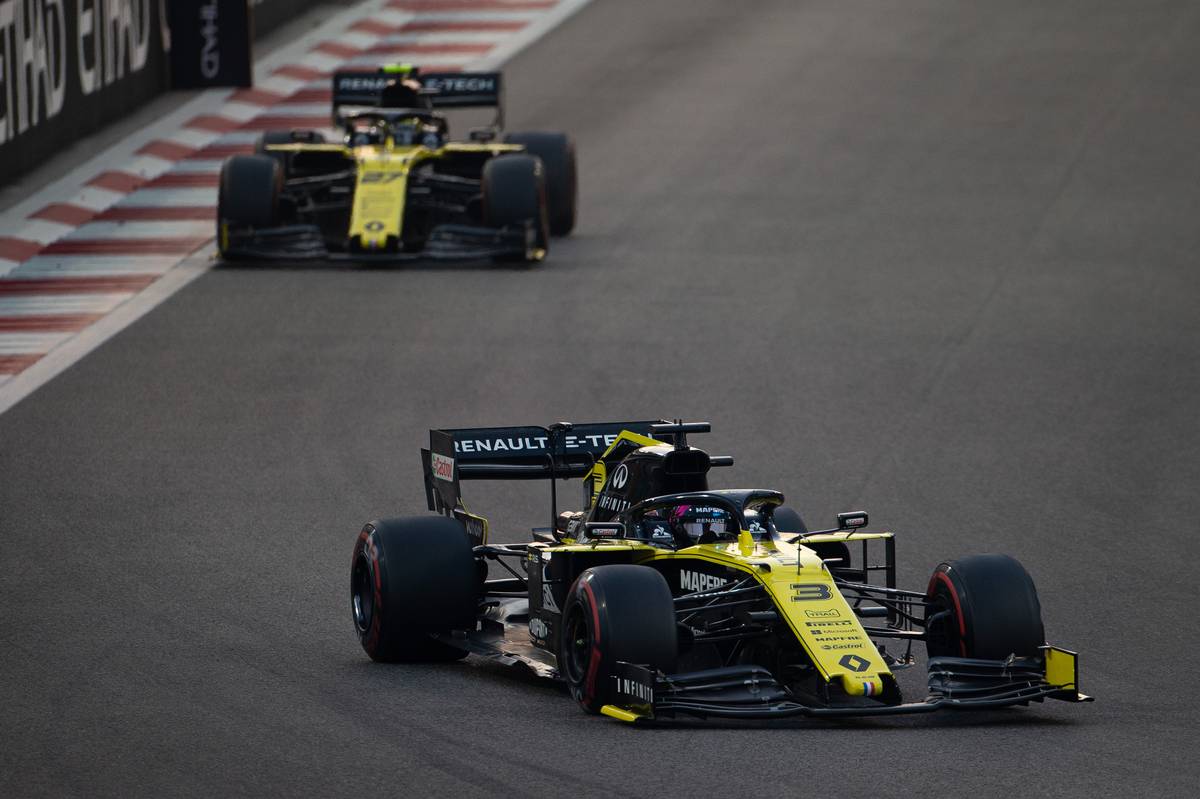 Nico Hulkenberg
"We threw everything at it today and it was a shame not to score any points. The one-stop strategy was hard to pull off and my tyres were degrading too much at the end. Still, we had positive race pace and were very much in the fight until the end. It was a worthy final race for me with the team. I crossed the line with good feelings. It's been three good years with them and we've grown very close like a family. I'm grateful and thankful towards them for all the highs and lows we've had together and I wish them every success for the future."

Daniel Ricciardo
"It was quite a standard race for me today. We struggled a little on the hard tyre after the first stop, which was a shame, and at the end I tried to make up the ground on the faster tyre, but we just ran out of time. Although, looking at the bigger picture for us, it was a positive that we managed to secure fifth in the Constructors' Championship, which was our goal coming into the weekend. We're optimistic heading into the off-season and looking ahead for next season."

Cyril Abiteboul, managing director
"Today was on the one hand a race like 20 others in the season, but on the other a race where we had the imperative objective to secure a championship position and we did it. Having said that, it was an exasperating race and we saw the current rules of starting on the qualifying tyre again penalising teams from P7 to P10. This was aggravated by being blocked behind McLaren and DRS not working due to an FIA technicality, meaning we were in dirty air at a critical part of the race, effectively another penalty.

"Nevertheless there were a couple of good moments with nice overtaking manoeuvres but they didn't materialise into points, which is a disappointment, in particular for Nico. He's been important to the team and our progress. I'd like to thank him, Daniel and the entire team at Enstone and Viry for their contribution and hard work over this tough season; let's look to build on it and better it in 2020."