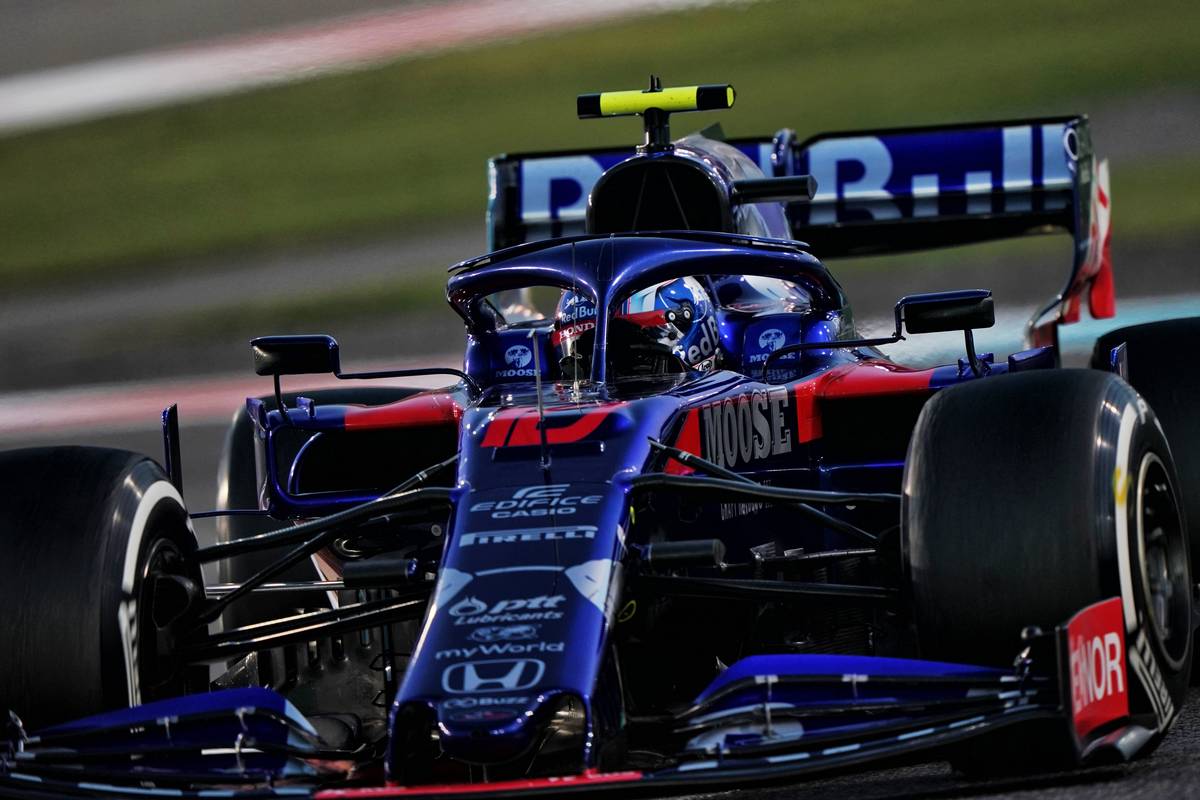 Pierre Gasly
"I was really looking forward to the battle today. As Daniil was able to show, we had the pace and it could have been an exciting end to the season. Unfortunately, my race was over on the first lap when I got hit from behind and pushed into the car in front and my front wing broke. After the pit stop to replace it, I was one lap down and it is frustrating when you're out there without being able to fight anyone, just hoping for a safety car. It's a shame to end the last race of the season like this."

Daniil Kvyat
"Today was a nice way to finish the season. That first stint on the Base tyre was probably the best stint of my life, I pushed like there was no tomorrow! Every lap I was quicker than the cars around me and I had a great feeling with the car. It worked out exactly as we had planned it, our strategy was fantastic and we had a good setup for the race. Maybe we sacrificed Qualifying a bit yesterday but we managed to put everything together today. I felt I left something on the table in the last couple of races, so I wanted to close the season with a really good race, to finish the year the way I did is a great feeling."

Jody Egginton, deputy technical director
"Today's race has been unlucky for Pierre, who unfortunately had his front wing knocked off in a lap 1 incident, which effectively ended his race. Dany got his head down and was right in the midfield battle at the end of the race after an extremely strong first stint, scoring points and ending the season on a high.

"Looking back over the season, I think we can be very satisfied with the progress made as a team in what has been an incredible tight midfield group. The STR14 has shown itself to be competitive in the midfield pretty much all year and has responded well to the in-season development. Although there is always room for improvement, everyone in Faenza and Bicester should be pleased with their part in moving the team forward. The result of the hard work put in by everyone in Toro Rosso is Sixth Place in the Constructors' Championship and this is a very well deserved, hard-earned result and the baseline on which we will build on in 2020."

Franz Tost, team principal
"Coming to the last race of the year, we were 16 points ahead of Racing Point and 8 points behind Renault. Following a fantastic start, Pierre was beside a Racing Point when Stroll crashed into him, pushing him into Perez and damaging his front wing. Therefore, we had to call him in to change the nose, an operation which took unfortunately a lot of time because of the damaged screws. The pace during the race was really fantastic and I think Pierre could have possibly finished in seventh or eighth position without the accident. As for Daniil, he drove one of his strongest races of this year with us. He was very fast on the Base tyre and showed extremely competitive pace. We called him in on lap 40 to change to Primes and he was again very fast on that compound. Unfortunately, when he overtook Hulkenberg, his front wing got damaged and that's the reason why he lost some performance in the last laps.

"This was the most successful season for Toro Rosso with two podium finishes, Daniil in Hockenheim and Pierre in Sao Paolo. We finished in sixth position in the Constructors' Championship, only a few points behind the fifth. I want to thank Daniil and Pierre for their commitment and mature performances as well as everybody in the team for their fantastic work during the year, a massive effort from everybody in Faenza but also in Bicester, because the upgrades we got from the aero department worked very well. In addition, Honda's developments along the year were impressive and all these factors together made it possible for us to be competitive until the end of the season. I want to say a big thank you to Honda, because they did an unbelievable job last winter to get ready for the season. Three races won with Red Bull Racing and two podiums with us make me feel confident that next year we can be even stronger and we are looking forward to 2020."

Toyoharu Tanabe, Honda F1 Technical Director
"Having one driver on the second step of the podium and three cars in the points was a good end to the season. Another strong performance from Max saw him do a good job of managing the tyres and he produced a fantastic passing move on Leclerc to take second place and he is now confirmed as third in the Drivers' championship. Alex had an excellent year as a rookie. As for Scuderia Toro Rosso, Daniil also did a good job of tyre management, running a brave strategy, being the very last driver to change tyres on lap 40, which put him in the points and then a great move on the Renault gave him a well deserved ninth place finish. Unfortunately, Pierre's race was really over after his opening lap collision. This was our first year in the hybrid era working with two teams, with whom we communicated very well, allowing us to make a solid step forward. That progress is reflected in our three wins with Red Bull and two podiums with Toro Rosso. I would like to thank both teams; those members working at the track and everyone back in the facilities in Japan, Italy and the UK, as well as our suppliers. We even had support from other departments within Honda, so the whole company played a part in our improved performance this year. I would also like to thank all the fans who have supported us. This has been an encouraging year, but what we achieved this season is not yet where we want to be, so we will keep pushing to improve."