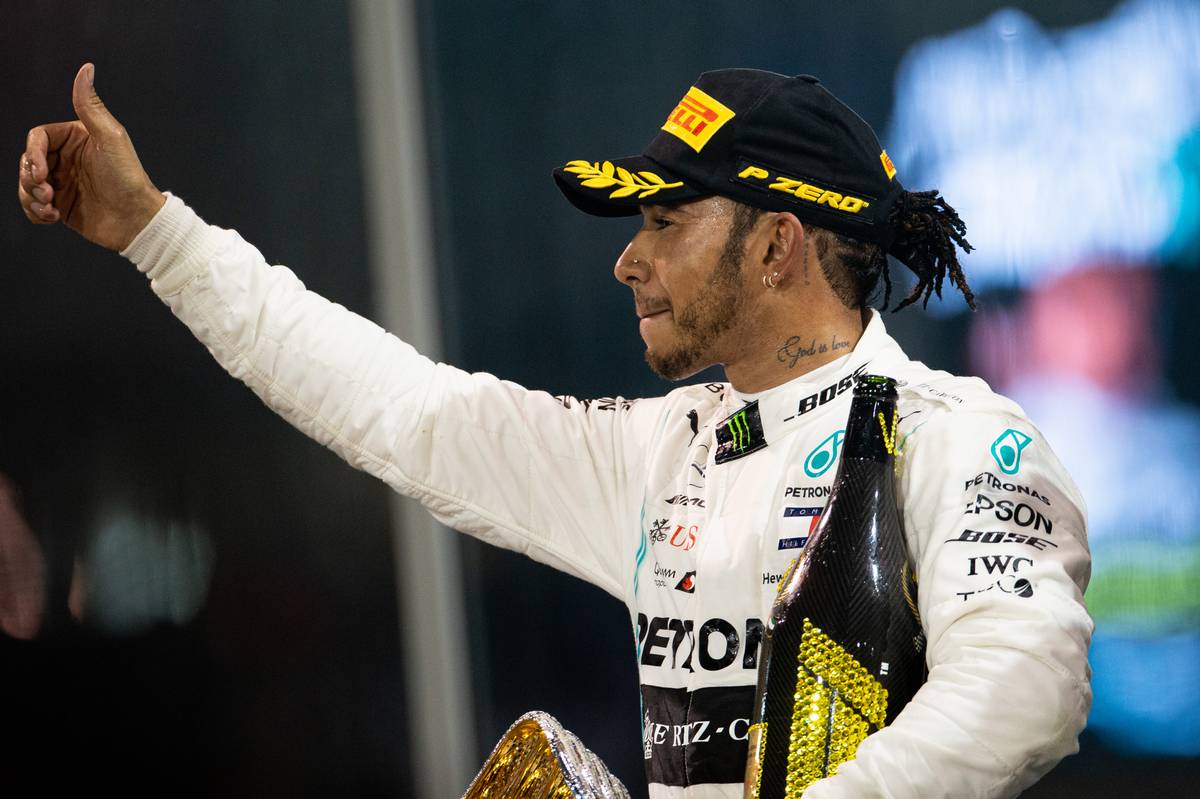 Valtteri Bottas
"This is a nice way to end the season. It was a good race for me, I had a lot of fun out there overtaking the others. I don't think I could have extracted any more from the car today. It was pretty close in the end, but it wasn't quite enough to overtake Charles for a spot on the podium. The beginning was a bit unfortunate because DRS was disabled for a while which made charging through the field difficult. But I still managed to gain some place while also extending my stint on the Mediums which put me in a good position overall. This has been my best season so far, I'm in a much better position compared to last year, so I'm looking forward to attack again in 2020."

Lewis Hamilton
"What a way to end the season! As a team, as a whole, we've been very strong this weekend and Valtteri did a great job today as well. I'm just so grateful for everyone's continued hard work and dedication this year, we continue to raise the bar together. The support has been unbelievable, I'm completely overwhelmed, so a big, big thank you to everyone at the track but also back home who supports me. Team LH is such a cool, positive movement, I really appreciate it. This has probably been the biggest year of growth for us as a team, so I hope that that will put us in a good position for a new challenge next year. I've had some great races with Valtteri, Max and Charles this year and I anticipate that it will be even tougher competition in 2020. These guys will be working flat out to try and raise the bar, so I'm under no illusion that I will have to do the same this winter, but I wholeheartedly think I can. I feel fresh and just ready to keep going and I'm looking forward to another challenge next year."

Toto Wolff, head of Mercedes-Benz motorsport
"So much hard work goes on behind the scenes, so I'm really, really happy we've ended the season in style with a spectacular win for Lewis and a brilliant fightback by Valtteri. Overall, the race was very good. Some great work in the pit stops, Valtteri's drive from last to P4 was amazing and Lewis was absolutely untouchable at the front of the field. It may look easy, but it's never comfortable. Results like this take so much time, effort and work from everyone, we are pushing so hard. I'm really happy for the team, it's a strong way to sign off 2019 and head into the winter break."

James Allison, technical director
"This is as good a day as we've had all year, in a very, very strong season with a lot of contenders for close to faultless performances - even if we didn't have both cars on the podium today. Lewis was imperious at the front of the field, while Valtteri was aggressive, smooth and ruthless from the back of the grid to finish fourth. Showing the team at both ends of the grid in the best possible light. It's fantastic for all of us after a long, hard year at the factories and the track to go into the winter knowing that we've finished the season in the same style that we started it. We look forward to coming back in the new year with a car that we hope can fight for championships all over again."