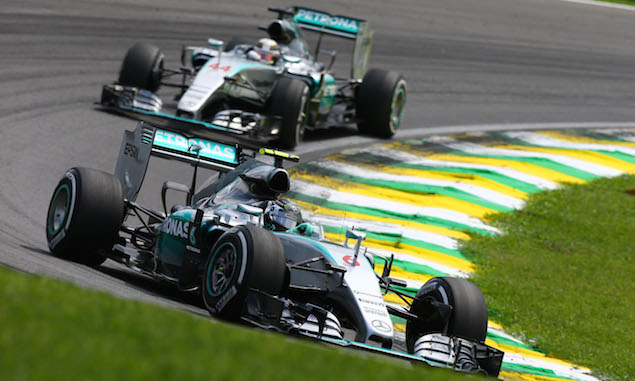 As impressive as Rosberg was at the end of the season, he was no match for team-mate Lewis Hamilton in the first half of the year. Circumstances did allow him to stay somewhere in the title hunt until Monza at which point luck was against him as he retired and Hamilton won, followed by a retirement for the championship leader in Singapore in a race Mercedes was not competitive.

Rosberg could only point to Spain and Austria as strong weekends in the first half of the year - inheriting a win Hamilton deserved in Monaco - but his qualifying form was much more like the Rosberg of 2014 from Japan onwards. That improvement should have put Hamilton under pressure, but as the man doing the chasing it was Rosberg who cracked more often than not. Once the title was sewn up he came alive, but Rosberg was only good when Hamilton was great and only great himself once it was too late.