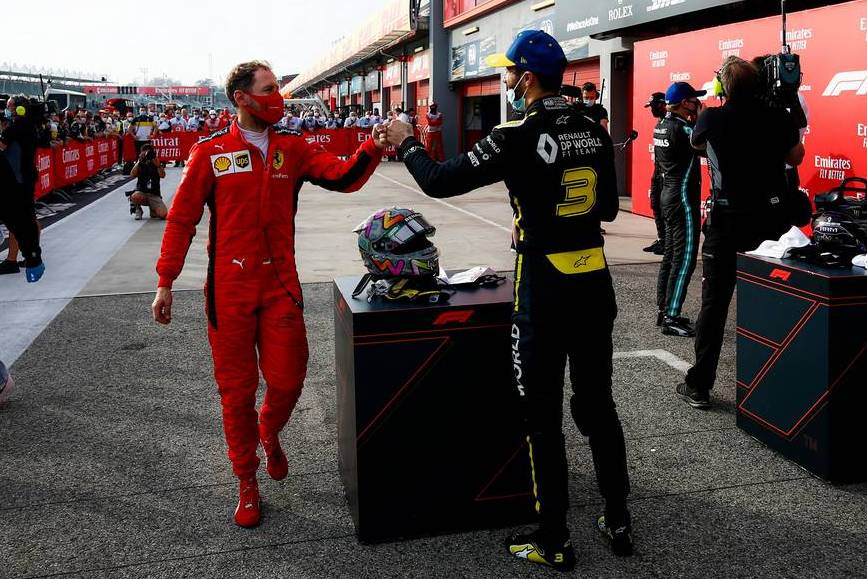 Sebastian Vettel (P12): 6/10
For once we don't have to launch into a painful discussion on where it all went wrong for Sebastian Vettel, because it was all too clear where the blame lay for the four-time world champion missing out on the points in Imola - and it was outside the cockpit. Not that you can really say that Vettel was having the strongest of weekends, with 12th place in practice leading directly to a lowly 14th place on the grid after he once again missed the cut at the end of the second round of qualifying. The packed midfield led to contact with Kevin Magnussen on the first lap, and the Ferrari's front wing endplate was knocked off where it lay in wait to collect race leader Valtteri Bottas on lap 2, with significant consequences for the final result. It also compromised the handling of the SF1000, but Vettel put in a strong drive to complete 39 laps on his first set of medium tyres by which time he was up to fourth. Unfortunately the Ferrari pit crew put in an imitation of the Keystone Kops and cost him a huge amount of time. It put him out on track behind the Alfa Romeos and out of a realistic chance of points, and will doubtless fuel the growing wild conspiracy theories that Ferrari is intentionally sabotaging Vettel in his final races with them. An additional stop during the safety car period meant he also finished behind Williams' Nicholas Latifi, which is frankly getting embarrassing. 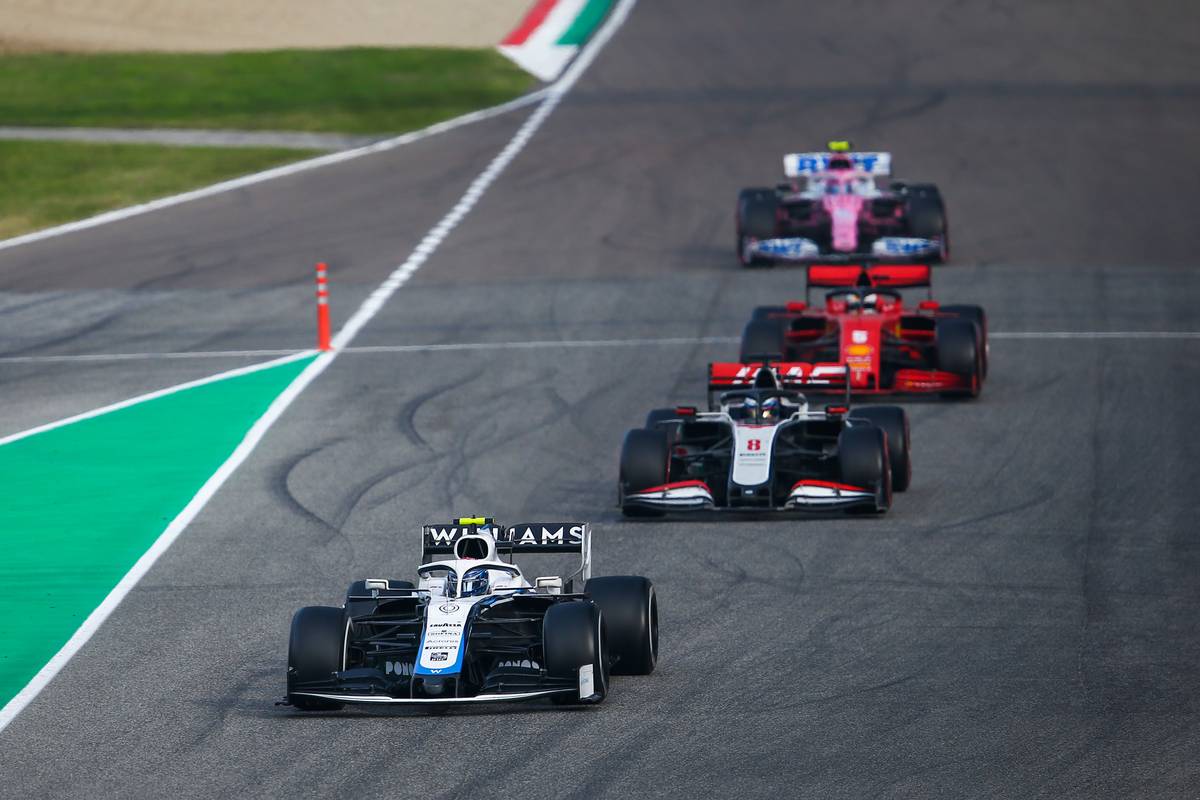 Nicholas Latifi (P11): 6.5/10
George Russell may be grabbing the lion's share of the spotlight at Williams, but Nicholas Latifi has also been doing a solid job of late and deserving of his own confirmed spot at Grove in 2021. He initially struggled to get up to speed in practice and was a full second off Russell, but he perked up in qualifying where he finished ahead of Antonio Giovinazzi, even if he was still a long way from following his team mate into Q2. He enjoyed a solid start to the race and made progress as the cars ahead made their own pit stops while he himself stayed out until lap 34 by which time Latifi was circulating in a lofty sixth place. Of course the pit stop dropped him a long way down the order, but the safety car for Max Verstappen's retirement at least helped him get back on the lead lap. He decided not to pit for fresh tyres and as a result moved ahead of Sebastian Vettel, putting him on the cusp of the points for the third time this season.