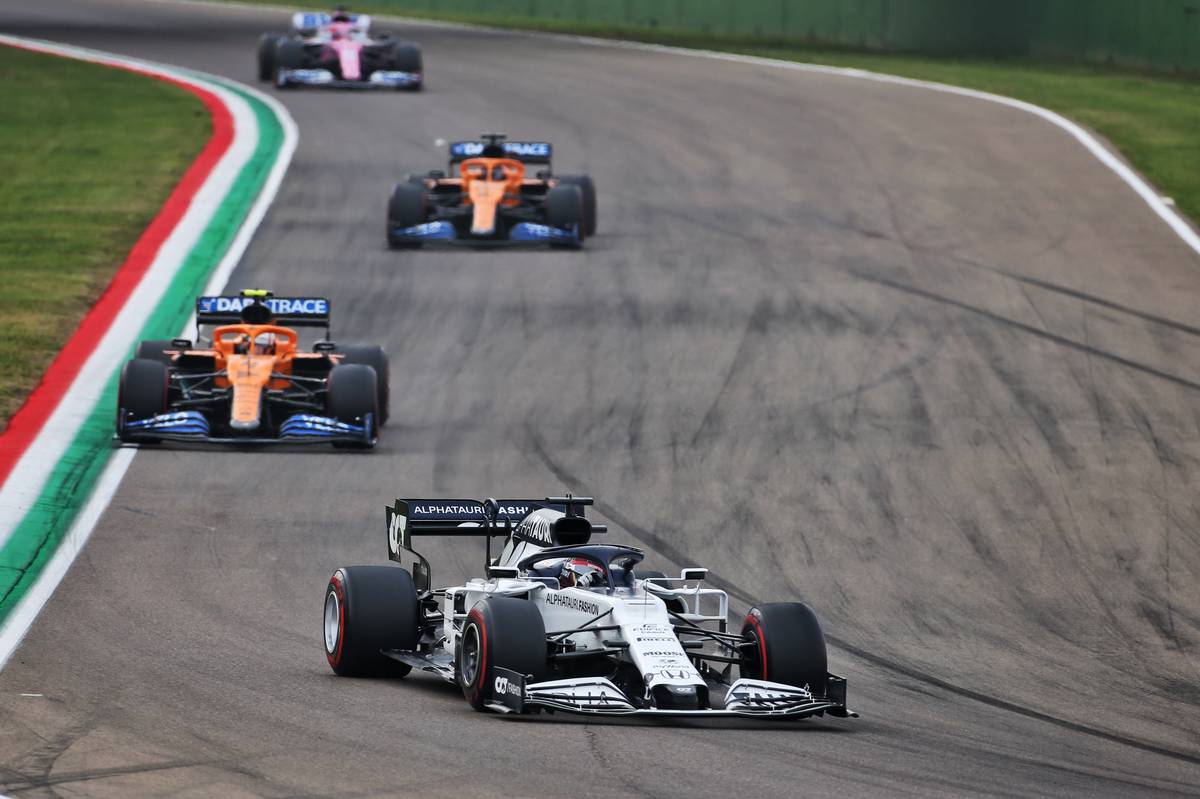 Daniil Kvyat (P4, 12 pts): 9/10
With all the plaudits in recent races going to his team mate, it felt that Daniil Kvyat's F1 career was drawing to a close with more of a whimper than a bang. It looked like Pierre Gasly would be the star of the show again this weekend in Imola, and he was faster than Kvyat in both practice and qualifying which saw both men comfortably cruise into Q3. It was clear that the AlphaTauri has found some extra speed this weekend, and so when Gasly was forced to retire with a radiator leak the baton passed to Kvyat - and he definitely ran with it! An early pit stop dropped him to 13th place on lap 15 but the new set of hard tyres helped him make steady progress back into the points by the time the safety car was scrambled for Max Verstappen's retirement. Kvyat made the decision to pit for a new set of softs, and while that gamble didn't pay off for others such as Sergio Perez it was absolutely the right call for Kvyat. He picked up three places at the restart with passes on Perez, Charles Leclerc and Alex Albon to put himself into fourth place for the final laps of the race. It's his best result since last year's German GP, but almost certainly too late to prevent him being dropped in favour of Honda-backed rookie Yuki Tsunoda in 2021. 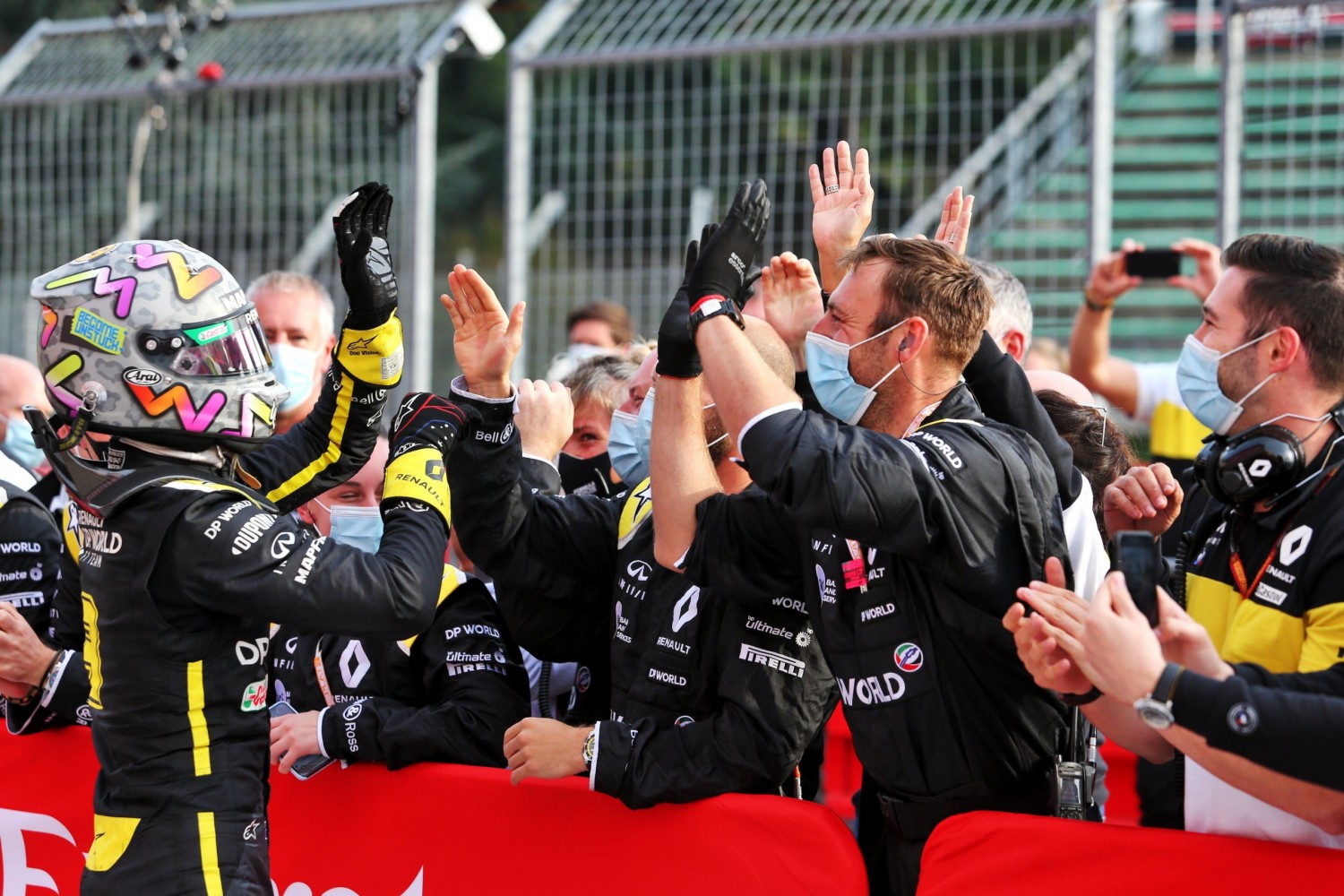 Daniel Ricciardo (P3, 15 pts): 9.5/10
Daniel Ricciardo must be loving life at the moment after picking up his second podium in three races, and he'd only be human if he was wondering whether that early season decision to leave Renault for McLaren in 2021 had been the right one, just when things are coming right and clicking into place at Enstone. Sixth in practice and fifth at the end of qualifying on Saturday, Ricciardo could justifiably see himself as a podium contender for Sunday's race. He got the breaks he needed with the retirements of Pierre Gasly and Max Verstappen, but by this point he was also facing strong challenges from Sergio Perez and Daniil Kvyat. The Racing Point took itself out of the equation by opting to pit under the final safety car, leaving Ricciardo determined to 'go out swinging' by doing everything he could to prevent Kvyat getting past in the final few laps. He kept the advantage by eighth tenths at the line to savour the sweet taste of victory - or the rank taste of warm champagne from a sweaty race boot in the Aussie's case. He was startled when even race winner Lewis Hamilton asked to join in the gross ritual: "That took me by surprise. 2020 is the year of the strange, though!"