With Formula 1 coming out of hibernation this week for testing at the Circuit Paul Ricard, F1i looks back at the 1982 French Grand Prix and an acrimonious win that René Arnoux should have conceded to team-mate and championship contender Alain Prost. 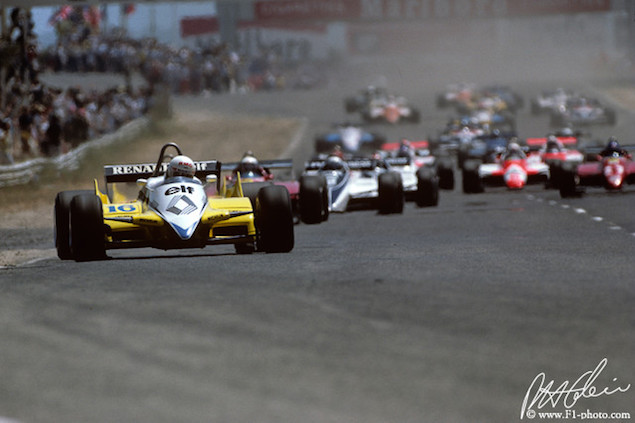 By any historical measure, 1982 was one of Formula 1's most tragic and consequential seasons. It all started with a drivers' strike at the opening round in South Africa, then there was a Grand Prix postponement, controversial disqualifications, a boycott in San Marino, tragedies at Zolder and Hockenheim, and in the end, a World Champion - Keke Rosberg - who only won one race.

Back then, the French Grand Prix was alternating between Dijon-Prenois and Paul Ricard, and in 1982 it was the latter that hosted the race. With the race weekend getting underway just four weekdays after the British Grand Prix at Brands Hatch, logistics were tight as everything had to be packed, replaced or repaired, and transported 1500km away for Friday's 10 a.m. start.

Apart from Nigel Mansell who had revived an arm injury at Brands Hatch and was replaced at Team Lotus by Geoff Lees, everybody else made it across the channel and down to sunny Le Castellet.

The French contingent racing on home turf was a healthy one and included six drivers - Prost, Arnoux, Jacques Laffite, Patrick Tambay, Didier Pironi and Jean-Pierre Jarier - and two teams, Renault and Ligier. But there was an air of malaise in the Regie's camp with rumours that senior management at Renault were set to reduce the team's budget given its  lacklustre results - relatively speaking, or even stick it under the 'guillotine' altogether should its fortunes fail to improve. 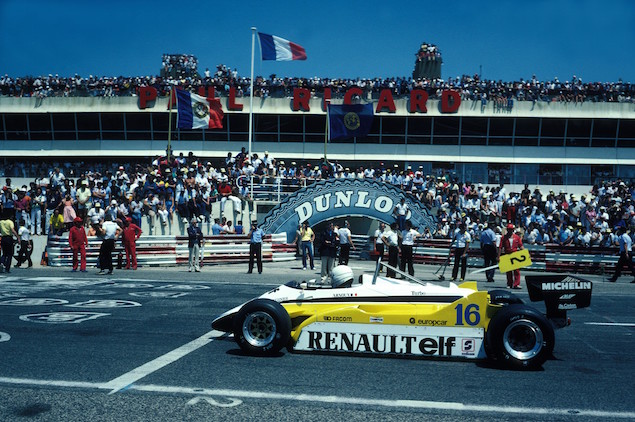 Arnoux and Prost were hardly perturbed however and put their turbo power to good use by securing the front row of the grid, followed by Pironi's Ferrari, Riccardo Patrese's Brabham, and their respective team-mates Tambay and Nelson Piquet. Niki Lauda's McLaren was the best Cosworth DFV runner back in 9th, a massive 3.3s off pole.

Pundits predicted a fast getaway by the Renaults but also their equally swift demise given the French manufacturer's poor reliability record. Ferrari's 126C2 offered better reliability on the other hand, but was also cumbersome and heavy while Brabham appeared more dependent on its pit-stop strategy and tactics.

When the lights went green, Arnoux and Prost powered off with their fellow turbo rivals in hot pursuit. The yellow machines kept the advantage down the long Mistral straight but on lap 2 Patrese put his Brabham between the French drivers while Pironi succumbed to Piquet's assault. 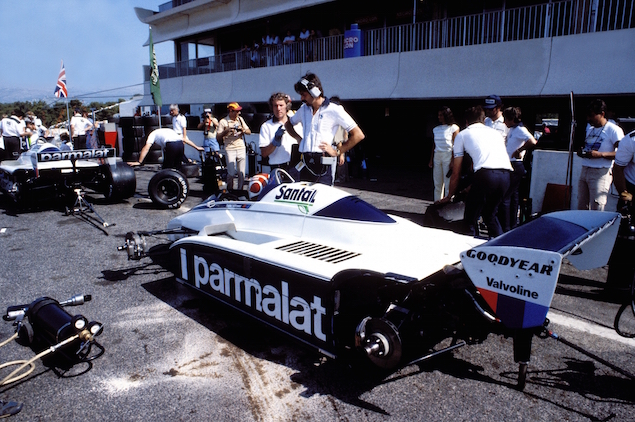 Thanks to their lighter fuel load, the Brabhams moved resolutely to the front, hoping to build up a sufficient lead to endure their mandatory pit-stops. But on lap 7, Patrese raced past the pits with ominous flames in tow, a spectacular state of affairs which signalled an expired turbo and a premature end to the Italian driver's day at the office.

Piquet was out on his own and pulled steadily away from the Renaults until lap 23, when the Brazilian pulled off the track with smoke pouring from the Brabham's BMW engine.

Arnoux and Prost took command once again, the Renaults droning on and on, lap after lap, in their own boring procession. Yet Prost struggled to keep up with his team mate, a rubbing strip having damaged a side-pod on his Renault, which in turn affected the RE30B's handling. Still, second place was hardly in jeopardy as Pironi's Ferrari was simply too far behind. 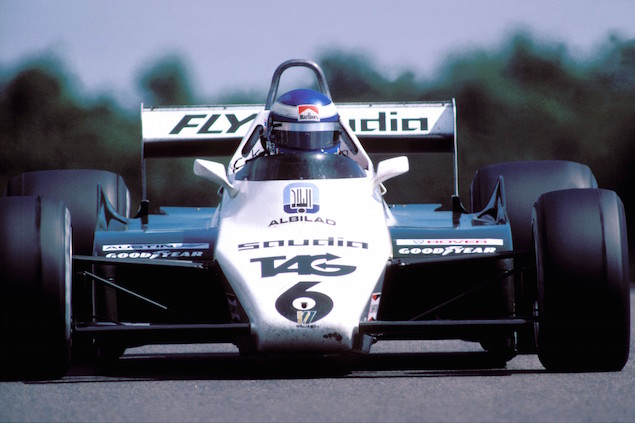 Drama was set to ensue in the Renault garage however. A debate was initiated on whether Arnoux should be ordered to let Prost through in order to preserve the latter's championship chances.

Eventually, the board went out, but there was no immediate sign from Arnoux acknowledging the demand, let alone obeying it by relinquishing the lead to his team-mate. On the Renault pitwall, most believed that René would leave it to the last lap, just to prove the point that he had indeed been the faster man out on the race track.

Every lap, the board went out, and every lap Arnoux tore past, asserting his 16 second gap over the second yellow, black and white Renault. In the end, it was Arnoux and not Prost who took the chequered flag. The Ferraris also conserved their positions, so it was French drivers in the first four places while Rosberg's Williams was first non-turbo machine to reach home.

Predictably, Prost ostensibly gave Arnoux the cold shoulder as the pair headed for the podium, later openly criticising his team-mate’s poor attitude. For Renault officials however, the team's first ever 1-2 triumph, achieved on home soil, would overrule all of Prost's grievances, and 'explanations' would be left for another day. 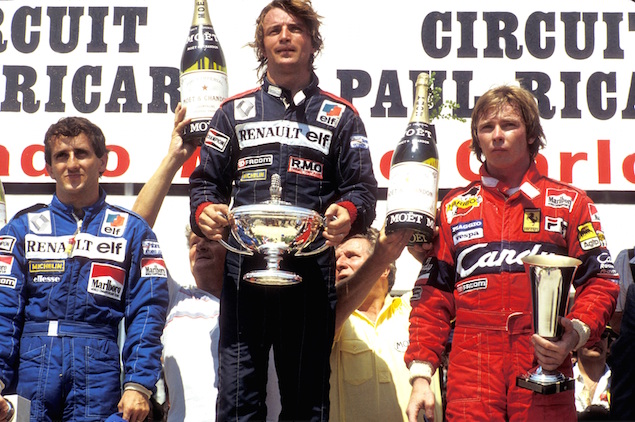