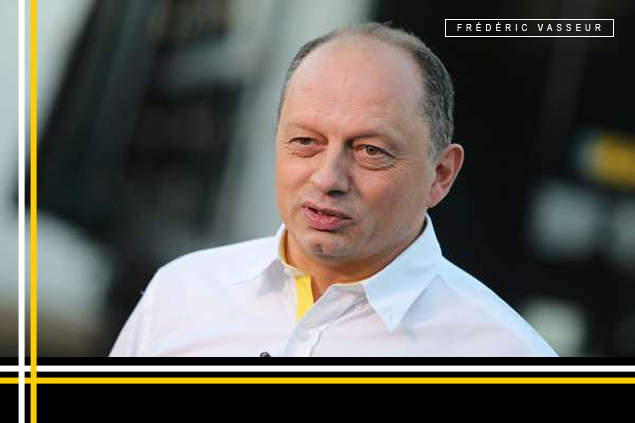 Frédéric Vasseur’s long-standing flirt with Formula One has finally come to fruition. As he becomes Renault’s Racing Director, the renowned engineer and workaholic can draw on his 20-year experience of motor racing, which includes overseeing the highly successful ART Grand Prix outfit he co-owns with Nicolas Todt.

Having graduated from the prestigious ESTACA aviation and automotive engineering school, Vasseur initially founded ASM in order to compete in French F3 but quickly expanded to F3 Euro Series where the team would become a powerhouse.

He then joined forces with Todt over the winter of 2004/2005 to create ART. The plan was to enter the newly established GP2 Series, the official feeder category to Formula One. ASM and ART would eventually merge in 2007.

Vasseur is also a shrewd businessman, as highlighted by his securing a deal with Mercedes to enter DTM but also his foray into Formula E with Spark Racing Technology. The company has produced all the electric single-seaters raced in the FIA’s zero-emission championship. Vasseur is also involved in the field or racing simulators, while ART raced McLaren GTs in Blancpain Endurance Series and ELMS for a couple of seasons.

The 46-year-old has also established his reputation by bringing young talent to the fore: Lewis Hamilton, Nico Rosberg, Sebastian Vettel, Romain Grosjean, Nico Hulkenberg, Jules Bianchi, Valtteri Bottas, Esteban Gutierrez, and most recently Stoffel Vandoorne and Esteban Ocon; all have learned the ropes at ASM/ART on their ascent to the motor racing’s pinnacle.

Already tempted to join F1 in 2010 – when the FIA offered three new entries with a promise of a cost cap – Vasseur is finally taking the leap.