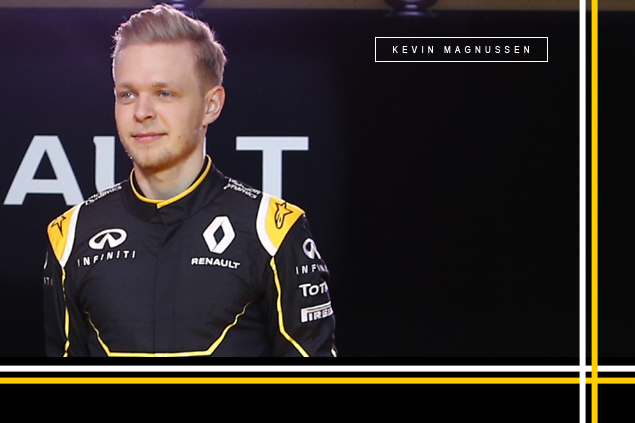 The misfortune of some makes the happiness of others. While it appeared Kevin Magnussen was unlikely to secure a race seat in 2016, he replaces Pastor Maldonado following a dispute between Renault and Maldonado's backers PDVSA. And Magnussen's second chance is richly-deserved.

Fourth on the grid grid, third in the race, second after the disqualification of Daniel Ricciardo: Magnussen did not miss out on his debut in Formula 1. The result of the whole 2014 season was more mixed, as the experience was lacking to manage the tyres (having not raced in GP2) and an imperfect car. His speed - especially in qualifying - and aggressiveness (sometimes severely punished by the stewards) did not convince McLaren to retain him.

Until he was almost out of F1 - having only been a reserve driver last year -  the career path of the son of Jan Magnussen was rather linear. After karting and Formula Renault, he finished third in the German F3 Championship and joined the McLaren junior program. In 2011 with Carlin, Magnussen was British F3 runner-up behind Felipe Nasr. A year later, he tasted success in Formula Renault 3.5 and participated in the young driver tests following the Abu Dhabi Grand Prix.

In 2013, Magnussen was crowned champion of FR3.5 (five wins) with DAMS. For his second experience in a team with an Anglo-French structure, the 23-year-old knows he will have to seize his chance and prove any doubters from his McLaren spell wrong. His experience and speed will be useful for Renault, given the inexperience of his team-mate.