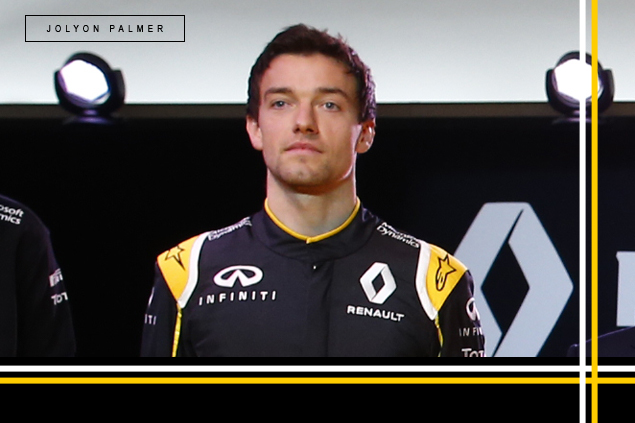 By a strange coincidence the pair of Renault drivers in 2016 are both sons of former Grand Prix drivers. 25-year-old Jolyon Palmer is indeed the son of the British driver Jonathan Palmer. Third in the 2008 Formula Palmer Audi championship, Palmer was then runner-up in Formula 2 in 2010.

After an unremarkable first year in the GP2 Series, Palmer won his first race in 2012 and the following season notched up a further two victories.

In 2014, he became the first English champion in GP2 since Lewis Hamilton with DAMS, beating Vandoorne. Qualifying on the front row seven times he won four races (Bahrain, Monaco, Monza and Sochi) and finished on the podium on eight other occasions. A good set of results which should overshadow any accusations of a pay driver status.

In 2015, he was promoted to reserve driver at Lotus and replaced Romain Grosjean in several practice sessions. Having signed his 2016 contract before the takeover by Renault (who agreed), the rookie has a lot to prove, with the team seeking to attract the best candidates available on the market in the near future.