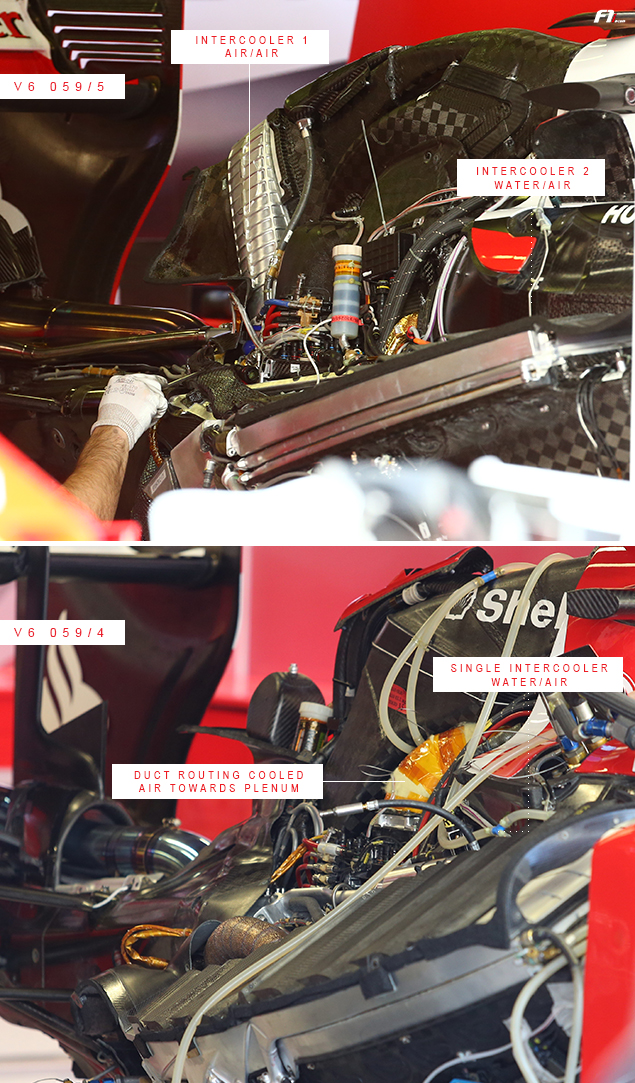 As one can see on the comparison above, Ferrari’s new power unit architecture is clearly different from last year’s layout. The twofold cooling system sees the two smaller intercoolers connected with a tube located on the other side of the engine (this pipe is in carbon on the Ferrari and Haas, while it is made out of aluminium on the Sauber).

When the engine cover is off, one can actually notice that the entire pipework has been given a major overhaul. The first intercooler (air-to-air) receives cooling air from the upper roll hoop inlet, while the second element (air-to-water) works in conjunction with another radiator (air-to-air) placed in a sidepod.

In the light of such major re-design, one can easily understand why Ferrari had to shell out 23 tokens ahead of the 2016 F1 season.