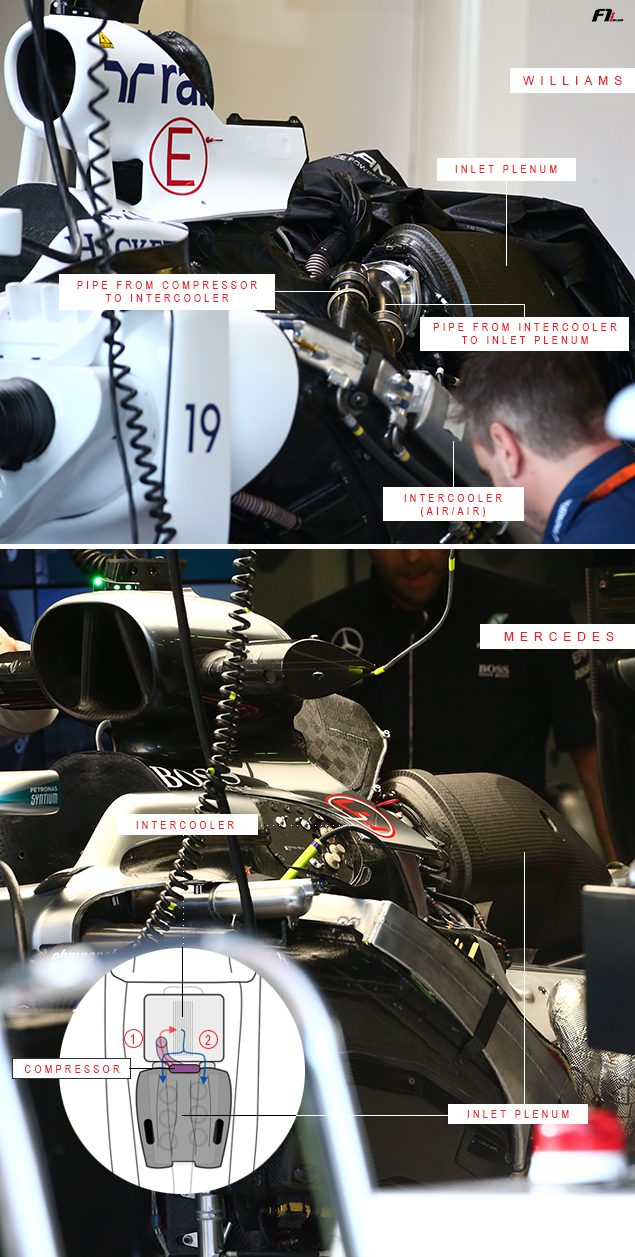 Compared to its customer teams Williams, Force India and Manor, Mercedes enjoys more leeway with its works outfit when it comes to refining engine integration and improving the car’s internal aerodynamics. As this already was the case on the W05 and W06, the 2016-spec W07 is the only one where the air-to-water intercooler is placed within the carbon monocoque itself: an installation that allows for shorter boost pipework.

On the Mercedes-powered Williams FW38 for instance, the air-to-air intercooler features in the left sidepod and as far forward as possible of the internal combustion engine (ICE). The rationale behind this design is to keep the intercooler the furthest away from the heat released by the ICE and exhaust system. As a result, the duct that routes compressed air towards the intercooler is much longer on the FW38 than on the W07. And shorter pipework means more electric energy to boost the engine.