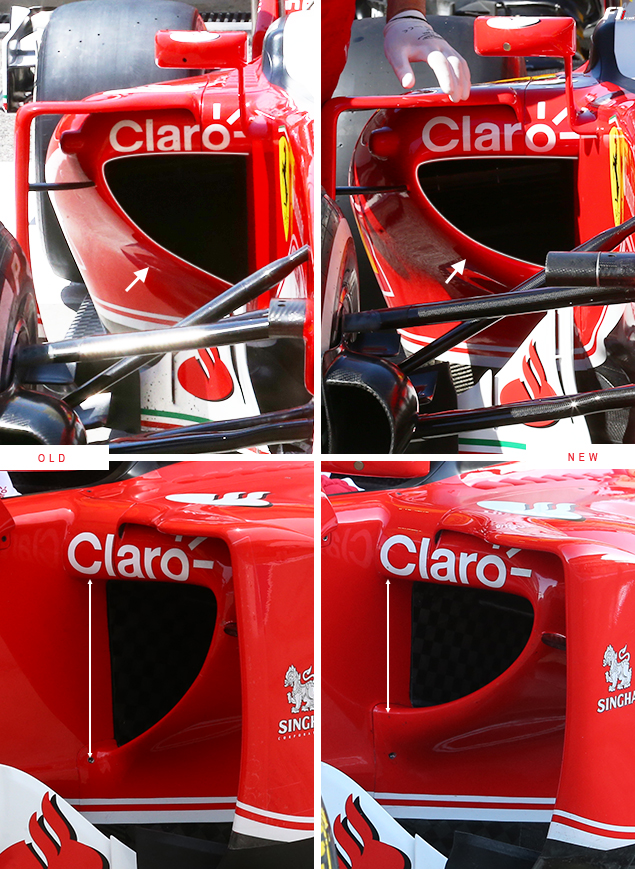 A NOT SO PRANCING HORSE

Ferrari’s Prancing Horse did not really gallop around the Spanish Grand Prix venue. Surprisingly, the Scuderia brought few updates to Barcelona (so did Red Bull actually) whereas comfortable championship leaders Mercedes had a flurry of novelties. We must confess that we expected perhaps more from Ferrari, though one has to bear in mind Maranello had already unleashed a new power unit spec and introduced a revised front wing in Russia two weeks earlier.

Besides the rear wing and monkey seat, Ferrari has tweaked the SF16-H’s sidepods, which now feature smaller inlets. Mercedes has proceeded similarly with the W07 in anticipation of cooler temperatures during the European leg of the season.