Nigel Mansell led every single lap of the 1991 Canadian Grand Prix, except for the one that really mattered: the last one. F1i looks back at the day the British driver fell at the last hurdle. 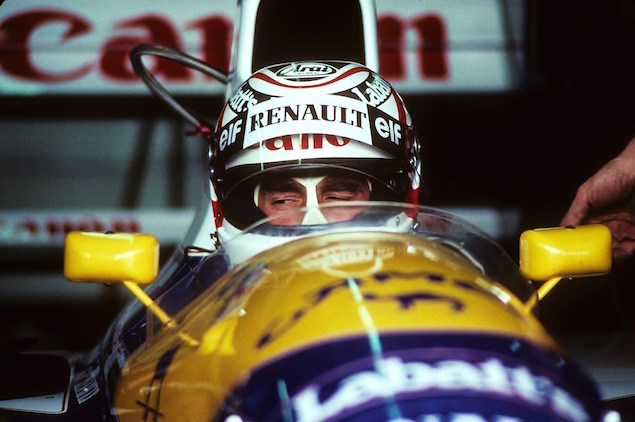 Complete dominance of one's opponents and a commanding lead on the very last lap of a race are more than enough to justify applause and adulation from any Formula 1 crowd. A driver will obviously sense the euphoria and fervor, but only the most assured and cocky will acknowledge the excitement by delivering a victory wave before the checkered flag.

If only Nigel Mansell had remembered that day in Montreal, on the ultimate round of the race, the old adage so often conveyed by the great Mario Andretti, on whom the unexpected vagaries of motor racing were never lost: "It ain't over 'til it's over!"

When the Formula 1 community set up shop on the Île Notre-Dame in June 1991, the season was firmly in the hands of Ayrton Senna and Mclaren-Honda at that point, the pair having secured four back-to-back pole positions and wins, with the Brazilian enjoying a huge 29-point lead in the championship.

In qualifying however, the mighty duo was no match for Williams' Adrian Newey-penned FW14 and its drivers Riccardo Patrese and Nigel Mansell who blitzed the opposition. The Italian lined up on pole position, while Mansell, Senna, Ferrari's Alain Prost, Benetton's Roberto Moreno and McLaren's Gerhard Berger completed the first three rows.

When the lights went green, Mansell raced ahead Patrese and led into the Turn 1, quickly pulling away, determined to never look back and to finally get his championship challenge under way. The Williams pair ran 1-2 formation for the first 40 laps until Patrese endured a puncture, which forced the Italian to pit, dropping him to third behind Nelson Piquet's Benetton. 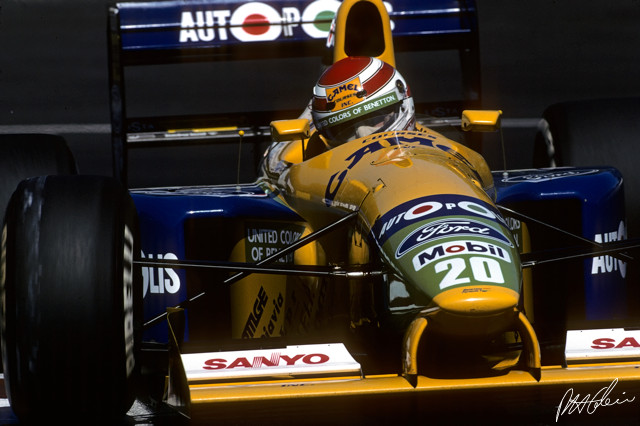 After sixty-eight flawless laps, Mansell, in total control and enjoying a comfortable lead, appeared all set for top spoils when he embarked on his ultimate round of the 4.4 km Circuit Gilles Villeneuve.

"Nigel Mansell has only a few corners to go, he could literally coast home ... he's taking the hairpin very slowly... HE'S STOPPING!!"

As it exited the hairpin, a few hundred yards from the finish, the Williams suddenly decelerated, to the astonishment of its driver, the crowds and the always entertaining Murray Walker.

"Nigel Mansell has only a few corners to go, he could literally coast home ... he's taking the hairpin very slowly... HE'S STOPPING!!"

As he thumped the top of his car's cockpit in frustration, a shocked Nelson Piquet swept by, on his way to claim his final - and perhaps luckiest - win of his F1 career. "When I saw him, I couldn’t believe it. It was very, very good, very lucky," said the Brazilian, before adding: "I don’t feel sorry for nobody."

A rather unnerved and gutted Mansell was left pondering his incredible fate: "It is almost unbelievable. I went into the hairpin changed down from fifth to fourth, like I had done the previous 68 laps, and then it went to neutral and the engine cut almost simultaneously, like there was an electrical failure.

"It just stopped, it was as simple as that. When you are that far in front and have driven a fantastic race, like I think I did, there really is nothing to say except we’ll have to try again. Up to that point I had had no problems at all." 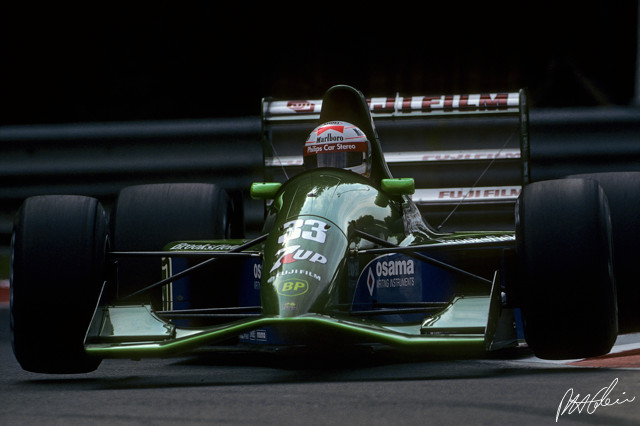 The fact that Nelson Piquet, Mansell's old nemesis, inherited the win, probably only made matters worse for the Brit. Officially, Williams claimed after the race that the FW14's gearbox had failed coming out of the Casino hairpin for the final time, causing the car to stop.

"When I saw him, I couldn’t believe it. It was very, very good, very lucky," said Nelson Piquet, before adding: "I don’t feel sorry for nobody."

But it was also widely believed that Mansell had let the revs drop too low as he waved to the spectators in his premature celebration, stalling his Renault engine in the process. Or that he had caused his own demise by accidentally hitting the engine kill-switch as he gestured joyfully.

Whatever the truth, which only Williams and Mansell know, to finish first, first you must finish. To this day, Nigel Mansell still holds the unenviable honour of becoming the first f1 driver to lose a race on the final lap having led every lap beforehand.

Finally, Montreal in 1991 was also a landmark race for the Jordan F1 team with drivers Andrea De Cesaris and Bertrand Gachot - yes, our very own BG, the founder of F1i - scoring that day the team's first world championship points. But that's a story for another day... 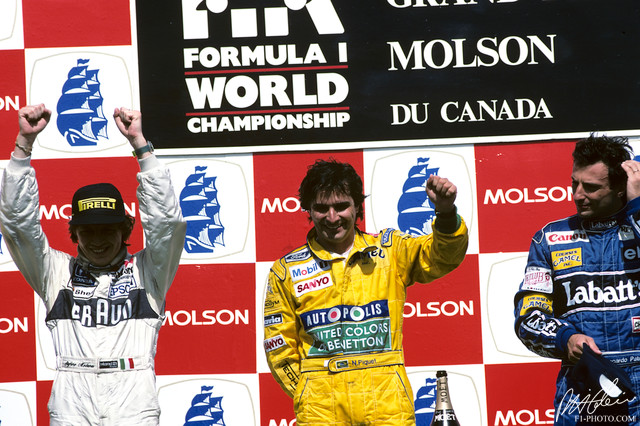