Which teams have improved compared to the first six races from last season and which teams have slipped back in the pecking order in 2016? F1i takes a look at the comparisons 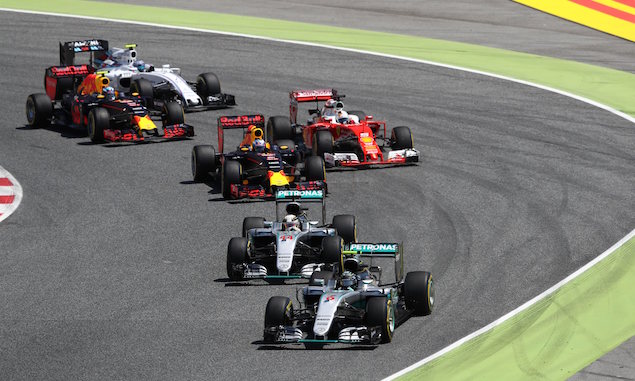 Like all sports, Formula 1's competitive nature means teams can improve year-to-year in terms of their own performance but can still slip back in the overall pecking order. If one team finds half a second over the winter but its main rival finds a second, pre-season optimism quickly fades away.

Mercedes has been the dominant force for the last two seasons and started this year with four straight victories. But how does it stack up compare to its return from the first six races last year?

Below is a graph comparing the points scored by each team in the opening six races of 2015 with this year. Five of the circuits are the same, with the only difference being Russia replacing Malaysia at the start of this year's calendar.

As was the case a year ago there has been one non-Mercedes victory but in 2016 it is Red Bull rather than Ferrari with a win to its name. The teams are ranked in championship order from the end of last season, and the graph shows the top three have all failed to score as strongly, but the midfield improvements are highlighted by Red Bull, Force India, Toro Rosso and McLaren all managing to score more than double last year's total over the same period.

Individually McLaren has seen the biggest increase as it has scored six times the amount of points it managed over the first six rounds of 2015. At the opposite end of the spectrum, Sauber has gone the other way, failing to score at all so far this season. 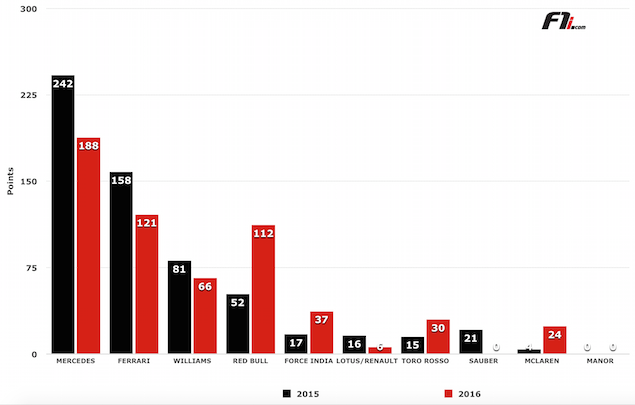