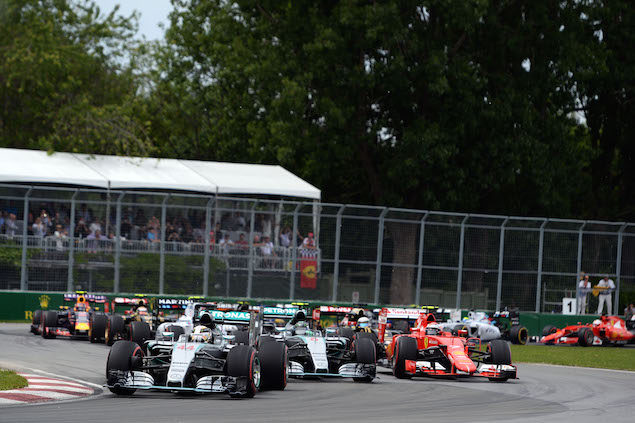 The Canadian Grand Prix is a firm favourite with the drivers and teams, but there is even more anticipation heading to Montreal this weekend as the 2016 F1 season threatens to catch alight. Red Bull outpaced Mercedes around the streets of Monte Carlo - thanks in part to a new power unit upgrade from Renault - and should have won its second race in succession but for a pit stop error which cost Daniel Ricciardo. With Renault saying the update will show its true potential on a power sensitive track such as Canada, will Red Bull truly emerge as a real threat to Mercedes for the rest of the season?

Lewis Hamilton took victory in Monaco but he himself said after the race that "a swing goes both ways”, with Nico Rosberg having been in good form before a disappointing performance in Monte Carlo. The best performer over the past two rounds has been Ricciardo, who delivered an excellent lap for third on the grid in Spain and could have won if strategy had been kinder to him, while he should have triumphed in Monaco after a very impressive weekend. Red Bull is the team to watch but Ferrari also looks set to bring a power unit update to Montreal in order to threaten Mercedes again, and with Williams well-suited to the Circuit Gilles Villeneuve it could be a relatively close field this weekend. Add in a much-improved Force India and the likes of Toro Rosso, McLaren and Haas are likely to be fighting over the final points at best. 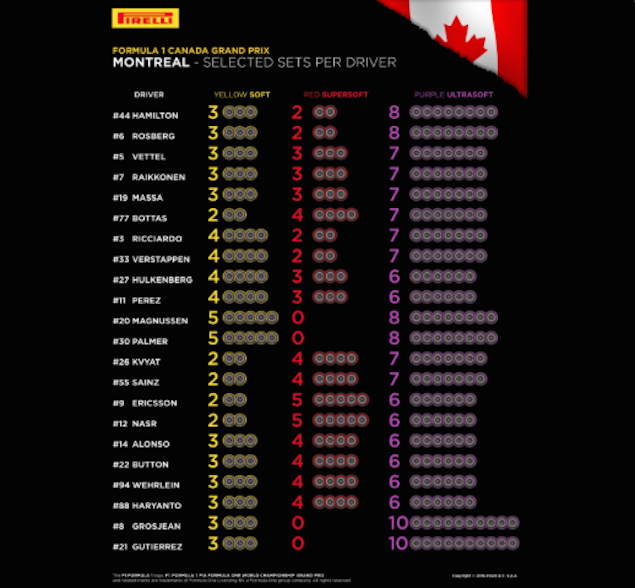 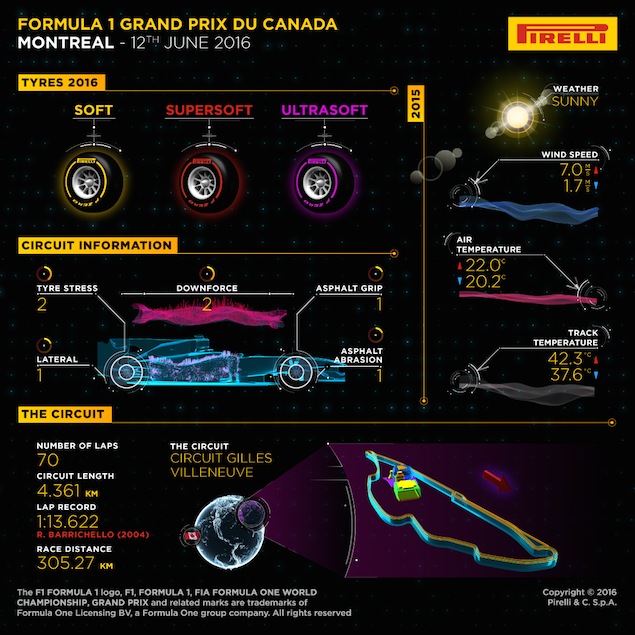 How do you follow a thrilling wet/dry Monaco Grand Prix? With another wet/dry race, of course. The forecast for the whole week in Montreal is for cool and overcast conditions, with a threat of rain on all three days of the race weekend. The biggest chance of wet weather is on Sunday, with showers predicted on race day. Seeing as we managed to tempt fate with this line last time out we’ll use it again: Drivers on the limit in the dry in qualifying around the Circuit Gilles Villeneuve, followed by the challenge of a wet race? Perfect. 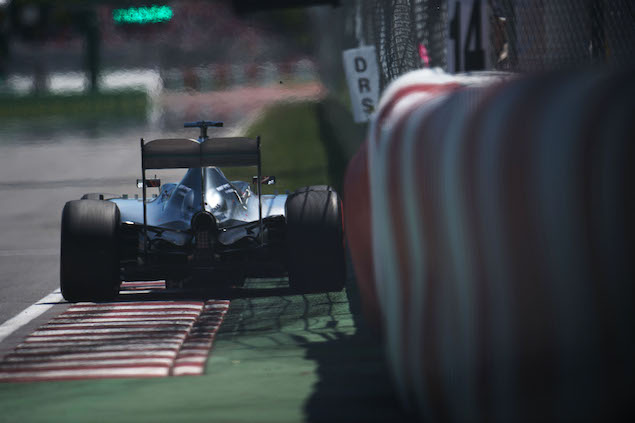