Following Lewis Hamilton’s fourth consecutive victory, F1i looks back at how the German Grand Prix unfolded and gives each driver a rating out of ten 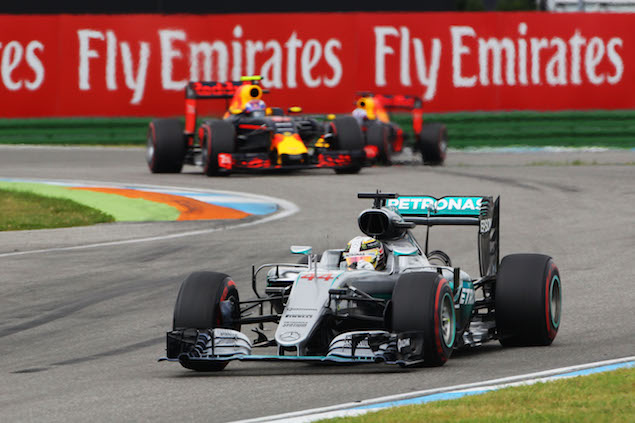 Hamilton’s excellent run of form continues, with the defending champion now having only failed to win in Baku since colliding with team-mate Nico Rosberg in Spain. It’s a turnaround which has seen him erase a 43-point deficit in the standings and take a 19-point lead into the summer break, and this was a controlled victory. A good start made his race, taking a lead he wouldn't relinquish and Hamilton said he could turn his engine down from the third lap to protect his power unit while still having the pace to hold off the Red Bulls. Didn’t need to disappear into the distance, but his recent run suggests he may do just that after the summer.