Eric Silbermann is unhappy about Rosberg leaving, wants an F1 referee, and weeps about not going to a race he does not like. It must be the shock of spending a fortune on 2017 air tickets. 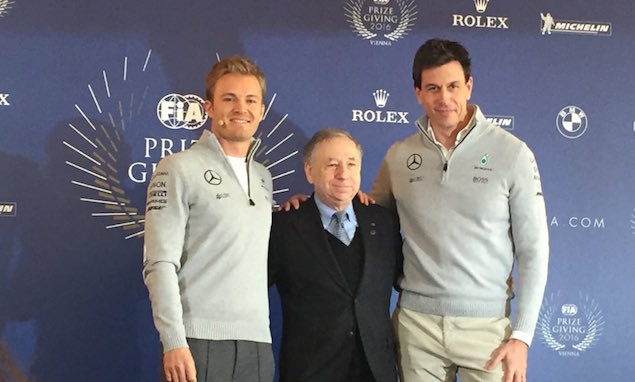 I was very upset when I heard the news about Nico Rosberg. Not because he’s leaving F1, but because I’d just finished writing this column before his announcement and was looking forward to enjoying the traditions of Poets Day (Piss Off Early Tomorrow’s Saturday). Then all that changed when the words “NicoQuit, please rewrite” hit my inbox. Quite why the launch of a new aid to stop people smoking should affect me I didn’t know, but then a quick look at Twitter and it all became clear.

Well, what to say? Not a lot really at this stage, except that I am on the side that thinks it’s a very brave decision and most likely the right one if that’s how he feels. However, we should also bear in mind that his statement is not a legally binding document and, if he chooses to return at some point in the near future, then that too is possible. As always in F1 (qv Button and Massa) you have to force yourself to remember these people haven’t died, they’ve just given up a day job. There are other drivers hearing this news who probably wish they’d done the same and just got out, whether they are champions or not, but it would be unfair of me to name current drivers I reckon actually wake up on a Thursday morning of a Grand Prix week and dread getting out of bed to head to the track. I think it’s interesting that Damon Hill tweeted, “Well done Nico. More to life than chasing round in circles. Respect.” I always felt Damon’s heart wasn’t in it, long before he actually admitted as much. One who was brave enough to say enough is enough while at the top of his game was Jackie Stewart who won the title in 1973 and retired that year before even waiting for the end of the season, while Alain Prost also left with the crown in his rucksack, as did Nigel Mansell and, go back even further, so too did Mike Hawthorn, so Nico is certainly in good company. 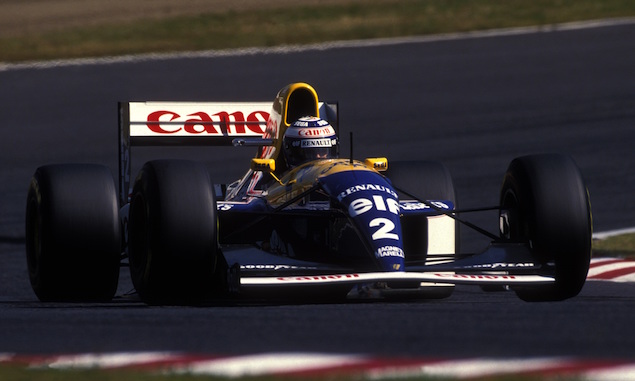 I don’t know what thought processes Rosberg went through before reaching his decision. It would be interesting to know if one of the questions he asked himself was “would I still want to retire if Lewis wasn’t going to be my team-mate next year?” Unlike many of his peers, Rosberg seems to be a well-grounded character who will have no trouble living without F1 for ever or for a while. He will deal with civilian life better than most, because a certain Keke Rosberg made sure little Nico never got too big for his boots and with his language skills and interests in other topics, even a real job in the real world might keep him interested. In a dream sequence that comes to me after eating too much cheese, I see Nico finally go to London’s Imperial College to get that degree in Engineering he always wanted and then, turn up in the Mercedes garage as Hamilton’s Race Engineer.

Yesterday night, after a week of committee meetings, some of them quite possibly interesting, held in airless rooms, the championship prizes were given out at the FIA gala evening at the Imperial Hofburg Palace in Vienna. At least Rosberg did get to come on stage last and hold up the big pot as World Champion. Imagine what it feels like to be Lewis Hamilton and to a lesser extent, Daniel Ricciardo. At this level of sport, coming second is meaningless, not to mention heartbreaking and Lewis would have preferred to lick his wounds in private. I have to say I’m with Lewis on this one. When watching the Olympics I can’t believe that the athletes picking up the silver and bronze medals often look delighted. Surely after four years of effort, only the gold can make you feel you’ve got the job done. In third spot, Ricciardo can at least claim to have won the non-Merc championship, which might ease the pain of dressing up in a penguin suit and scratching at an itchy collar.

Because it is written in the FIA Sporting Regulations that the top 3 have to attend this shindig. In fact before NicoQuit, I wouldn’t have been surprised if it was Hamilton who had taken the opportunity to announce he was quitting F1 to become a full time musician. Even when he won last year, he disappeared during the first part of the ceremony held in Paris, allegedly to a well-known fast-food burger joint. 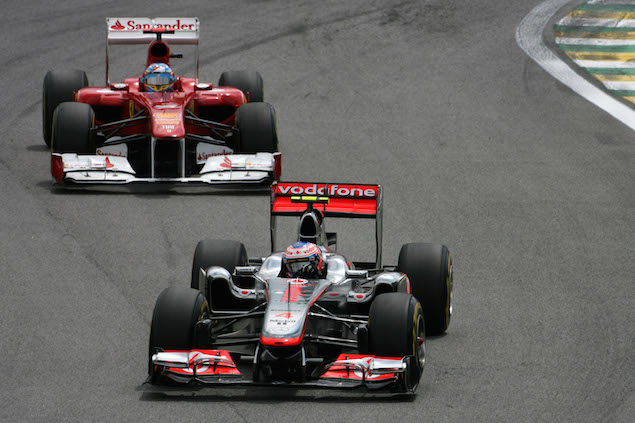 Back in 2011, the FIA event was held in Delhi. There were many of us who felt that Fernando Alonso deliberately threw away third place in the championship to avoid having to make the trip to India. If you remember the final round in Brazil that year, at some point Alonso had overtaken Jenson Button, but in the closing stages, the Englishman had miraculously re-passed the Spaniard. With Mark Webber heading for his only win that year, Alonso, who has a brain that surely rivals that of the Bletchley Park Second World War decoding “Bombe”, had clearly done the maths and realised that dropping one place at the flag would see the Aussie beat him by a solitary single point. This meant Webber had made it to the less-than-coveted third spot in the Drivers’ classification and thus would have to delay his return to the Antipodes for a well deserved holiday, to pick up the least liked trophy in F1 in one of its least favourite venues.

There were other interesting topics apart from NicoQuit to come out of Vienna this week. The FIA Stewards discussed consistency, when it comes to making decisions and handing out penalties. It’s a worthy topic and we should applaud the stewards for investigating themselves, but frankly the system, at least in Formula 1 is broken. We need one panel of stewards that travels the world and officiates at every round, ideally made up exclusively of two former F1 drivers. However, I would go further and suggest that the only penalties that can be applied after a race are those in place to deal with any technical irregularities discovered at post-race scrutineering; a car being underweight, using rocket fuel instead of 4 Star and so forth. Every other penalty should be applied immediately, just as it does in sports like football or rugby. The Race Director notices an infringement, or is advised of a potential one by a team. He then puts it to his two stewards and the three of them make a decision there and then. As many decisions as possible should be pre-packaged for them, so that if for example a driver cuts a corner and finds himself in front of another car, he must automatically give back the position by the end of the same lap. 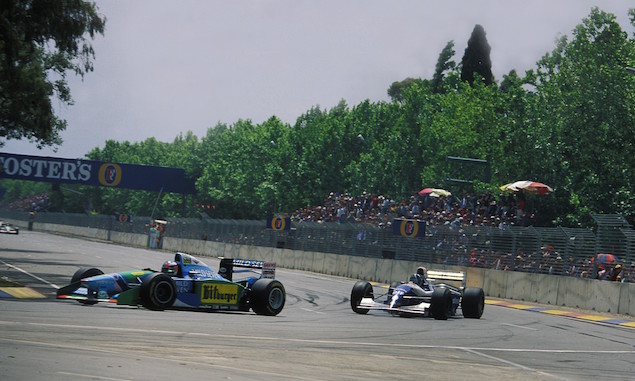 As for all that “causing an avoidable accident” stuff, there should be far less of it and it should simply be accepted that when you are walking a tightrope, which F1 drivers are a lot of the time, then occasionally you’re going to fall off it and collide with someone. Handing out a penalty for this type of infringement is insulting, as it suggests the drivers are doing it deliberately. Putting aside the odd occasion when that has been the case – Prost v Senna, Schumacher v Hill – usually, it’s down to an error of judgement and given that the punishment does not always bring any benefit to the injured party, it serves no purpose. Football referees make countless wrong decisions, but they are accepted and the game moves on. The same should apply to Formula 1 and the racing ref should allow drivers to race one another including making contact, otherwise they will be too nervous to try any overtaking moves and goodness knows they’re going to be hard enough to achieve with next years cars and tyres.

For many of us F1 worker bees, the highlight of the Vienna week was the arrival on Wednesday of the finalised 2017 F1 calendar. When you tend to go for the super-cheapo non-refundable flight ticket, this was the day you could actually press the “Book Now” button and to hell with the consequences. After all, who doesn’t enjoy giving a bank manager heart failure? And next year, there’s one less air ticket or ferry to book.

Only 20 races, with the Hockenheim folk sticking to their legal right not to host a German GP in a “Nurburgring Year.” The Hockenheimring was not one of my favourite venues, but I weep at the fact that there is absolutely no room for history, sentiment, an awareness of the importance of the past, or a desire to do the right thing in the heart of the sport’s promoter. It’s true that, recently, the German crowd hasn’t been what it used to be in the Schumacher days, but nevertheless 2017 should have been the year that a reigning German World Champion driving for a German-registered team could have come and saluted the crowd in Germany, something that even the great Michael never did. As of yesterday, there is now one more reason why this will never happen. 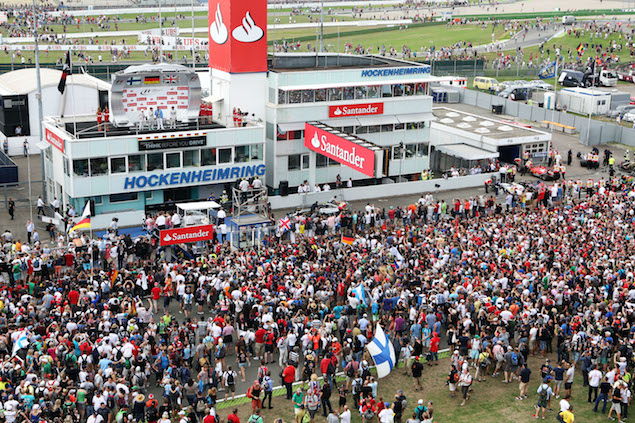