Following Lewis Hamilton’s victory in the Abu Dhabi Grand Prix, F1i looks back at how the race at Yas Marina Circuit unfolded and gives each driver a mark out of ten 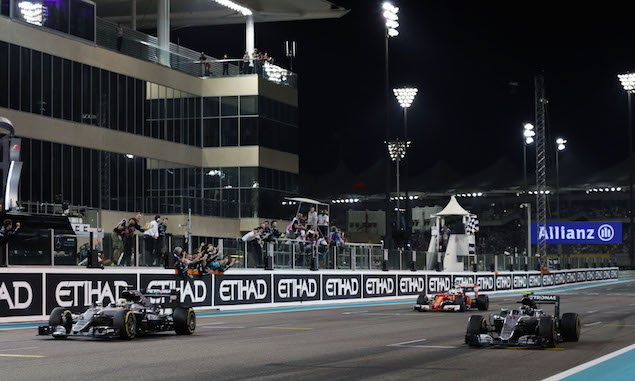 Probably a divisive score, but Hamilton was in complete control all weekend. The triple world champion knew he faced a tall order and his best way of managing the race was from pole position, which he duly secured by a comfortable margin. Held the lead off the line and then played with the pace of the field throughout the race as he attempted to put Rosberg under pressure. It worked to an extent - with five laps to go there were two cars within striking distance - but Hamilton knew there was no more he could legally do and crossed the line to take his 53rd victory in unusual but still dominant fashion.