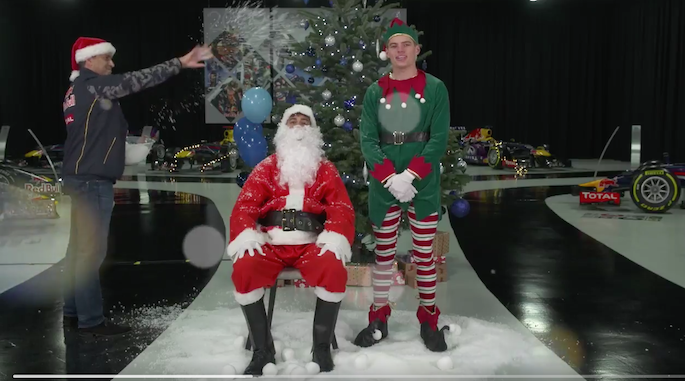 I had thought of writing some festive nonsense about Christmas coinciding with a Formula 1 Grand Prix, but then I decided it was far too complicated to sustain. Anyway, who’d believe anything to do with the birth of Jesus Christ could happen in an F1 paddock, the last place on earth where you are likely to bump into three wise men and a virgin.

And, when all’s said and done, after such a fantastic season as the one we just witnessed, no artifice is required when looking back at the year. There’s a lot that could be improved in this sport and maybe the cars have been too easy to drive, but cut through all the paddock nonsense and we did get to see some of the most talented drivers in the world put on a great show.

Daniel Ricciardo was without a doubt the standout performer this year. I know he could have won three races – China, Spain and Monaco, the latter a dead cert – before finally standing on the top step of the podium in Malaysia, but that’s not what really impressed. It was the way he comported himself, admittedly giving out a bit about his team’s mistakes, but without resorting to having a hissy fit, telling everyone that life’s unfair and making out his misfortune was all down to some sort of conspiracy. He left all that to another driver. With Lewis Hamilton, you really wanted his mum to come out of the team hospitality, greet the media and then tell us that her son “is not the Messiah, he’s just a very naughty boy.”

Daniel also had to deal with the arrival of Max Verstappen. You could see the Aussie really notch it up a gear once he realised that his new baby team-mate was the real deal. Unlike the man whose birthday is celebrated tomorrow with the slaughtering of turkeys and the consumption of that disgusting Dutch drink Advocaat, Verstappen has yet to prove he can walk on water, but his performance in Brazil in the wet shows he can perform miracles. He will only get better but I’m as keen to see how fellow Beneluxer Stoffel Vandoorne gets on next year. 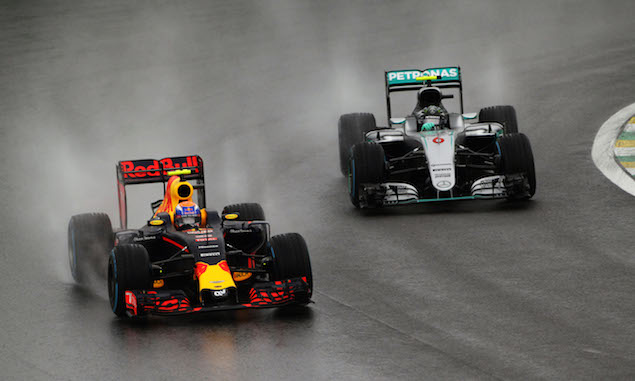 It’s wrong to compare Verstappen to the son of god, because there’s another absolutely stand out candidate for this position and that’s Felipe Massa. What else do you call someone who is set to rise from the dead after spending just 40 days and 40 nights in the F1 wilderness (that’s the part of a racetrack you are allowed into without an F1 paddock pass). However, it’s the Brazilian’s former team-mate Valtteri Bottas who is likely to inherit the Promised Land with a drive in the best car on the grid, assuming that will still be the case next year. At this time of year, there really is only one question to ask Valtteri and that’s can he explain, as a Finn, why reindeer from Lapland now feature heavily in Nativity Plays, when as far we can tell, none of the horned creatures have ever been spotted within a 500 mile radius of Bethlehem?

It looks as though we've lost Kermit-soundalike Esteban Gutierrez, but I’m glad his Haas team-mate Romain Grosjean will still be with us next year, because without him, Sebastian Vettel would have no competition when it comes to being the best at whingeing and moaning over the radio. At least with two of them they get to spread the work load a bit, with the German concentrating on asking for Blue Flags, possibly even while stationary on the grid, and the Frenchman telling us his car is undriveable.

At the moment, a month on from the end of the season, the racing itself, Nico Rosberg’s shock announcement and Max Verstappen are probably the stories uppermost in people’s mind. But in years to come, I think this year will be remembered as the beginning of the end of an epoch, a year when Ron Dennis left the sport, ill-health meant we didn’t see Sir Frank Williams at the track after Monza, while the indestructible human-cockroach himself, Bernie Ecclestone was hanging on to “his” sport by the skin of his teeth, as the new owners began unpacking their removal vans outside his office. 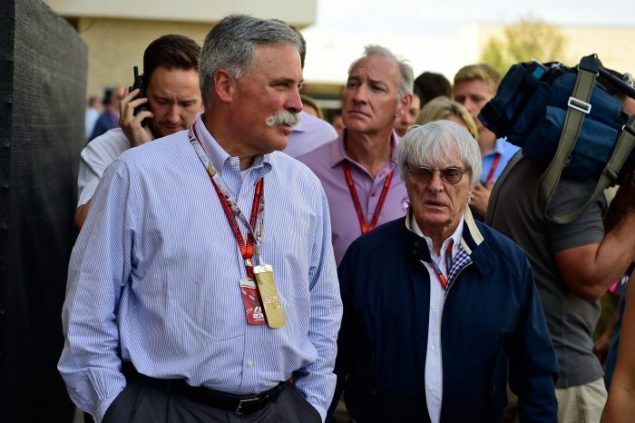 Actually, getting back to my original idea of linking Christmas and F1, the two have certain things in common, because trying to find a half decent hotel room during a grand prix can be just as hard as getting your head down during Census Week in Bethlehem. Mind you, if the three wise men turned up in the paddock today, it would only be the one bringing the gold who’d be allowed in. The kings with frankincense and myrrh would be shown the door. And if you have ever wondered why JC moved to Nazareth once he was a grown up, I think we can assume it was in the hope of getting a drive with Andretti Autosport.

All that’s left is for me to wish you a Merry Christmas and Happy Hanukkah, or Chrismukkah as it’s known (other religions are available) and hope that, in the words of the Christmas Carol, you get to “sleep in heavenly peas”.