Ferrari's Sebastian Vettel remained top of the timesheets in day 5 of pre-season testing, with McLaren and Red Bull both causing red flags on Tuesday.

Few drivers were able to improve on their morning running, despite a welcome appearance from the sun at the start of the final four-day pre-season test at the Circuit de Barcelona-Catalunya.

Vettel had headed the times at lunch, with a lap of 1:20.396s on medium tyres. He had completed 86 laps during the morning, the same amount Valtteri Bottas had cranked out in the Mercedes. Vettel added 82 more after the midday break, but did not improve his benchmark.

The Finn was two tenths slower that Vettel on the soft compound before handing over the W09 to his team mate Lewis Hamilton for the afternoon. The Briton had been the fastest man after the first week of testing, but wasn't focussed on speed on Tuesday and finished fourth on 1:20.808s. 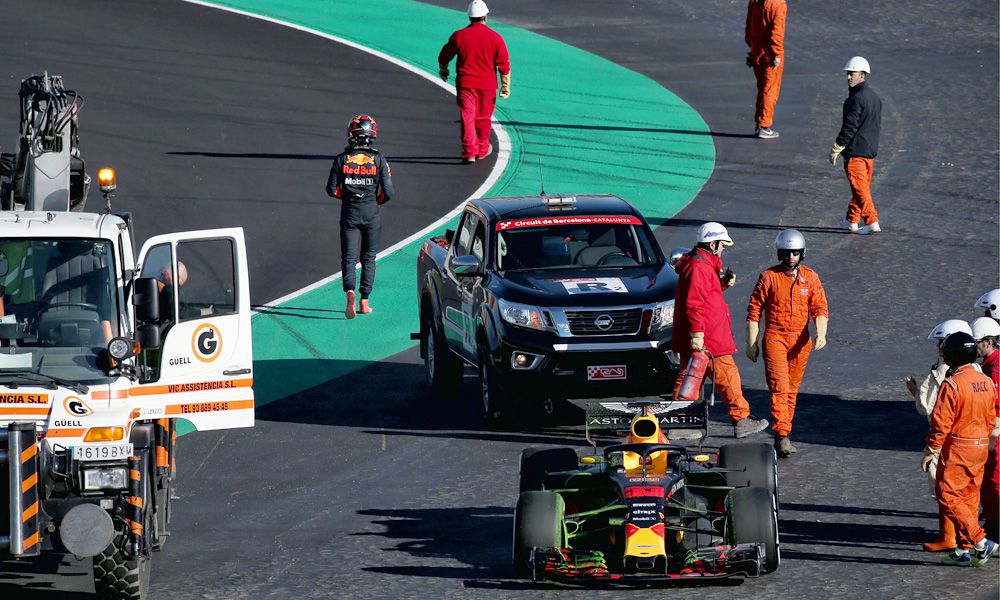 That put him behind Red Bull's Max Verstappen. However, the RB14 stopped at the first turn with an hour and a half to go. He was eventually able to return to the track and ended the day with a tally of 130 and the third-best lap time of the day of 1:20.649s set before lunch.

Pierre Gasly completed only 54 laps on Tuesday. He was forced to sit out the final three hours due to a brake system issue, but was still fifth fastest on 1:21.298s which put him ahead of Kevin Magnussen. The Haas lost time in the afternoon with an ERS issue that the team was soon able to fix.

Renault drivers Nico Hulkenberg and Carlos Sainz shared the R.S.18 on Tuesday and finished seventh and eighth fastest respectively, just two hundredths of a second apart after a combined total of 139 laps between them. 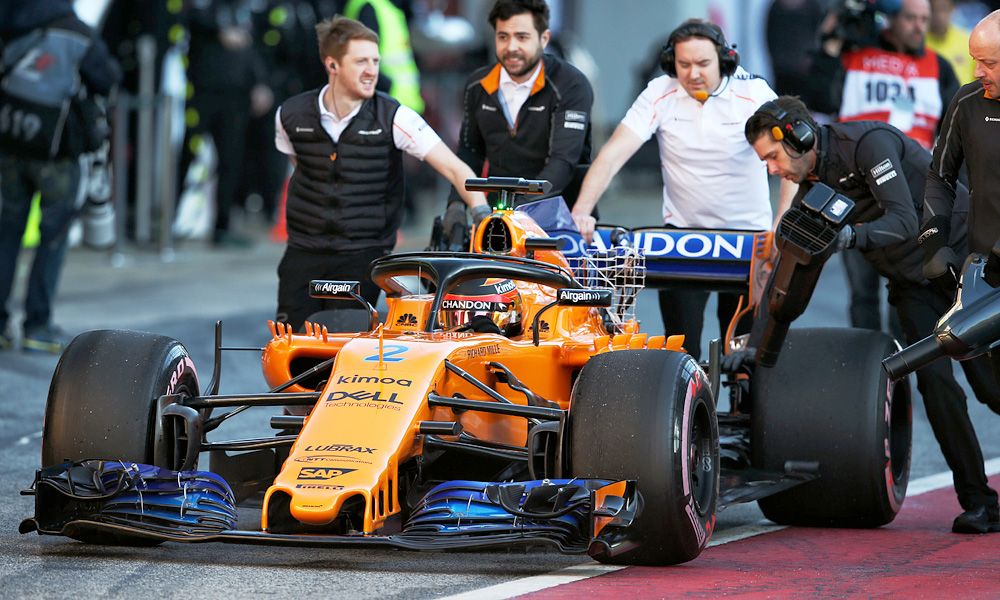 Williams' Sergey Sirotkin had a solid day with the ninth fastest time on soft tyres, clocking in at 1:21.588s after 42 laps. His team mate Lance Stroll was the slowest driver of the day, his best time of 1:22.937s on hypersoft tyres set after 83 laps.

Force India's Sergio Perez was tenth fastest on 1:21.643s after 93 laps, just ahead of Marcus Ericsson who completed an impressive 118 laps in the Sauber.

McLaren's Stoffel Vandoorne had a disappointing morning, completing only four laps before a power shutdown brought him to a stop on the main straight an hour in. He got a better workout after lunch and completed 34 laps, before grinding to a halt again in turn 3 with a hydraulics issue to bring out the red flag for the second time.