Renault special advisor Alain Prost admits the manufacturer went an extra mile to hire Daniel Ricciardo, but the F1 legend insists the Aussie is well worth the expense.

Since its return to Grand Prix racing as works team, the French manufacturer has made clear that it would not fulfill its F1 ambitions by outspending its rivals.

Renault has boosted its resources in the past twelve months, incrementally increasing its investments as it moves forward but on a justifiable basis.

"We are not going to spend money unless we know that it is worth it," explained the four-time world champion, speaking to The Guardian.

"Mercedes and Ferrari may have a different philosophy.

"Daniel is more expensive than other drivers," said Prost. "When you need that to help the team we did it. Money is not a problem but it has to be justified."

Overall, Prost considers Renault to be very well-armed for 2019 when it comes to its driver line-up made up of Ricciardo and Nico Hulkenberg.

"We have two top drivers, maybe one of the best lineups in F1 today," he said.

"They are Renault drivers, not owned by Red Bull or Mercedes.

"It shows everybody outside and inside that we want to do the best, the right choices at the right moment."

Wolff: Hamilton 'extreme' lifestyle still allows him to 'blow everyone away' 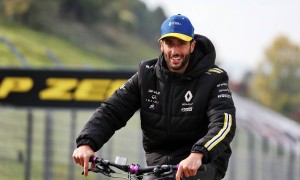 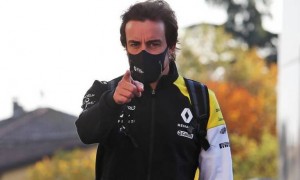