Zak Brown believes the team of seasoned individuals put together by McLaren for this year's Indy 500 can put Fernando Alonso in Victory Lane at the Brickyard.

McLaren and Alonso will return to Indiana in May for what the Spanish driver hopes will be the highlight of his 2019 season.

The two-time F1 world champion showed remarkable speed on his debut at the blue ribbon event in 2017 with a McLaren-entered Andretti Autosport car, putting himself in contention for an outright win before an engine failure ruined his hopes of a sensational triumph.

This year, McLaren's venture will be managed by experienced former Force India team principal Bob Fernley, while former Indy 500 winner and McLaren sporting director Gil de Ferran will also be on hand to guide the project.

"Indianapolis is a difficult place that bites if you get it wrong," explained Brown.

"We’ve seen Rahal not qualify there before, Penske not qualify, Schmidt Peterson last year with Hinchcliffe, so you’ve got to get your baseline right.

"We’re trying to think about winning the race as oppose to not qualifying for it but those are the two different extremes.

"We’ve got Gil de Ferran, who’s won the race a couple of times and ran a team, so he obviously has a wealth of experience.

"Bob Fernley, who’s responsible for putting it all together, he’s been back at Indy in the good old days. He was brought in because he’s a really good operator and knows his way around Indy.

"He’s in charge of making sure we hire all the right people." 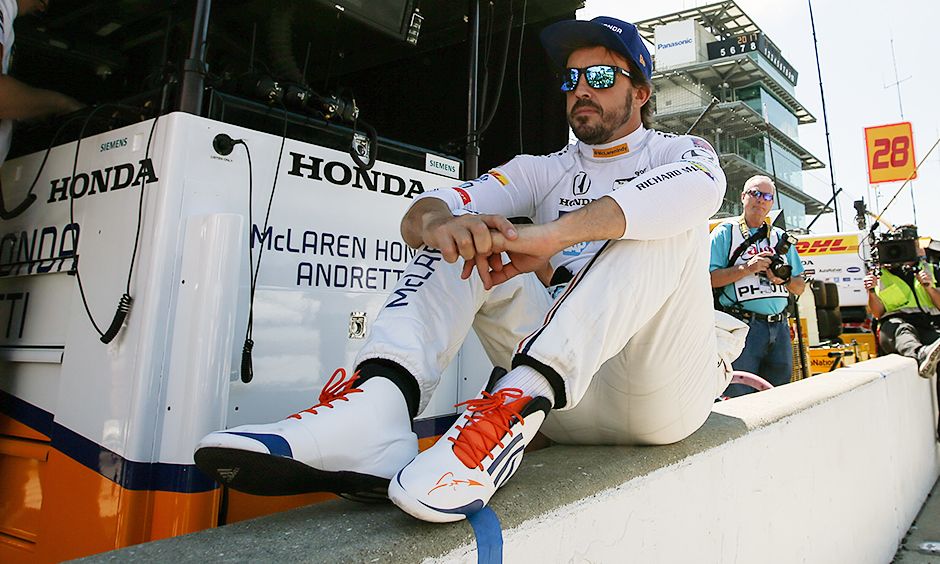 McLaren has yet to announce the full details of its Indy endeavor, but Brown revealed that more experienced team personnel is currently being added to its force, including individuals working at Woking.

"We’ve yet to announce the individuals, but the engineer has won the Indianapolis 500 four times in about the last 15 years," added Brown.

"He’s very current. We’ve got crew chief that was on Fernando’s car in 2017, Michael [Andretti] was kind enough to let him join us, so we’ve got a very experienced team using some of the hands that we have at McLaren.

"We have people who put their hands up and said they would like to be involved in IndyCar or have been in the past.

"I’m confident it’s going to be very difficult, but I’m also very confident that we are going about it in the right way to give Fernando a chance to win."