Sebastian Vettel says it was no one's fault that his Ferrari suffered an air pressure issue that left him unable to take part in the final round of qualifying for the Austrian Grand Prix.

Vettel had struggled to match the pace of his team mate Charles Leclerc all day, but still looked on course for second place on the grid.

However the alarm was raised in the Ferrari garage during Q2 when engineers scrambled to investigate an issue on the SF90, which was unable to undertake a second run in that round.

It soon became clear that the issue was also too serious to fix in time to get Vettel back out in Q3. As a result of the problem, Vettel will now start Sunday's race from ninth position once a grid penalty for Kevin Magnussen has been factored in.

“Obviously the car was broken so we couldn’t fire it up and go," Vettel explained to reporters after the end of qualifying. "We lost parts of Q2 and then Q3 completely."

He confirmed that the issue was related to the engine pneumatic system, which meant stripping away parts of the car to get at the internal air pressure system.

"We fairly quickly made the decision to change, but it’s not so easy to take the bodywork off and get there.

"The guys did everything they could but we couldn’t do it in time," he added. "Obviously it’s frustrating but there’s nothing you can do .

"It’s nobody’s fault," he added. "We tried everything to fix it.

“For sure we need to understand what happened and make sure it doesn’t happen again. But as I said, it’s nobody’s fault."

The engineers worked deep into the final round in the hopes of getting the Ferrari track-worthy, but ultimately ran out of time with Vettel not able to set a single lap time in the top ten pole shoot-out.

"I knew that if we fixed it, it would only be one run," he said. "I was trying to focus solely on that, but it didn’t happen." 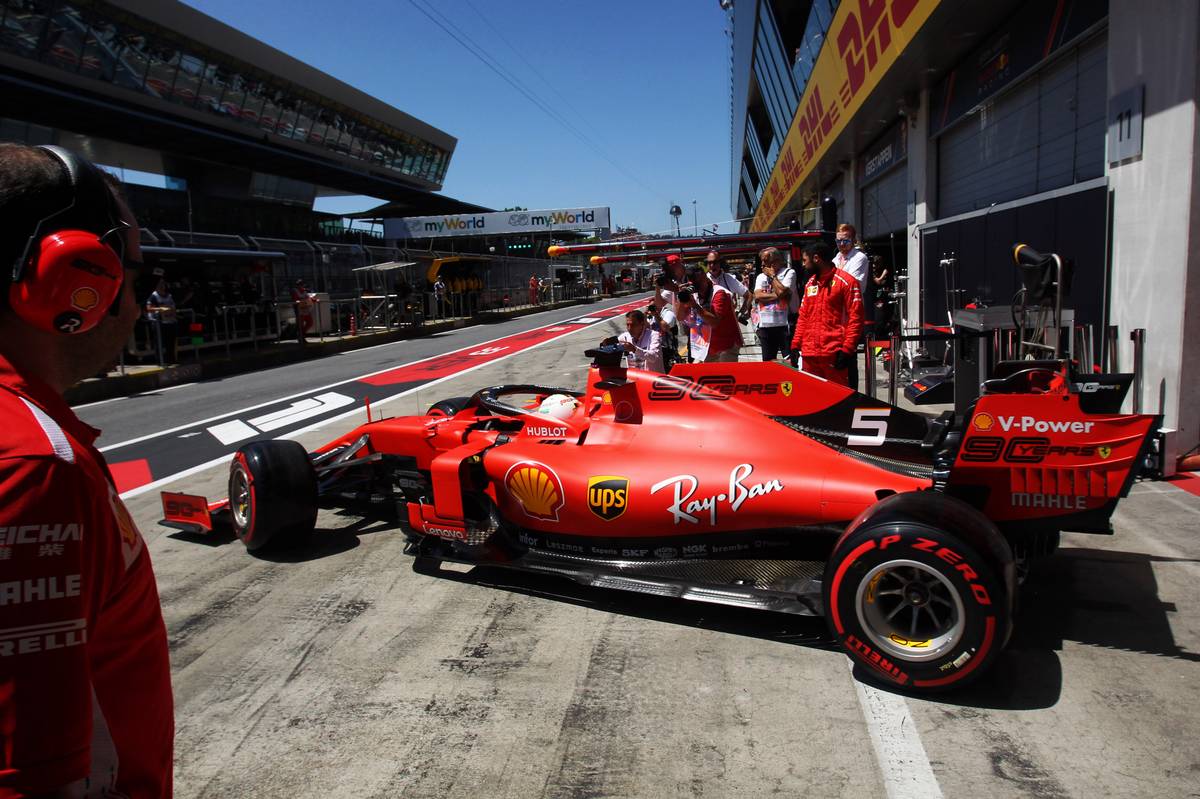 Vettel said he took some consolation from the formidable pace of his team mate in the session, and from the way that Leclerc had claimed pole for the race.

"As much as a pain it is, it’s also good to see that the other car came through and got the pole," he said.

"I’m happy for the team, but obviously not happy for my side. But we’ll have a good race tomorrow," he insisted.

Ferrari team principal Mattia Binotto was also looking on the bright side of today's qualifying.

"It's a mixed feeling," Binotto admitted to Sky Sports F1. "A shame for Seb. He would've done very well.

"But Charles is doing very well," he continued. "Two poles in the last three races. [However] our performance is very circuit dependent."

Magnussen 'has no idea' where his P5 lap came from!