Toro Rosso is hoping to put the 'unfortunate' Italian Grand Prix behind them as Formula 1 heads back out on the long haul road for the next round of the 2019 world championship.

The team missed out on scoring any points in their home race, with Pierre Gasly finishing just outside the top ten and Daniil Kvyat retiring from the race on lap 29 with a power unit issue.

“I was having a solid race in Monza until I had to park the car," said Kvyat. "Our performance last weekend proved that we were doing a good job, but sometimes, technical problems occur.

"We had to stop the car, which was disappointing because I’m sure we were on for some big points, but now we will try and make up for it in Singapore."

"Kvyat had to retire the car at the side of the track," Tanabe said. "Currently, along with the Toro Rosso engineers, we are investigating the exact nature and location of the oil leak.”

“We still acquired plenty of data from running all four cars with our Spec 4 power unit, which will be useful as we prepare for Singapore,” he added, looking on the bright side.

"The data collected looks good, but when you talk about competitiveness it's harder to say," he told RACER magazine. "I would like to see the Singapore data with a lot of downward pressure, then we will have a clearer picture of our position."

Kvyat has a good track record at the Marina Bay Street Circuit, finishing in sixth and ninth places in previous outings. It's no wonder he's a fan of the venu and it's unique time-shifted nighttime setting. 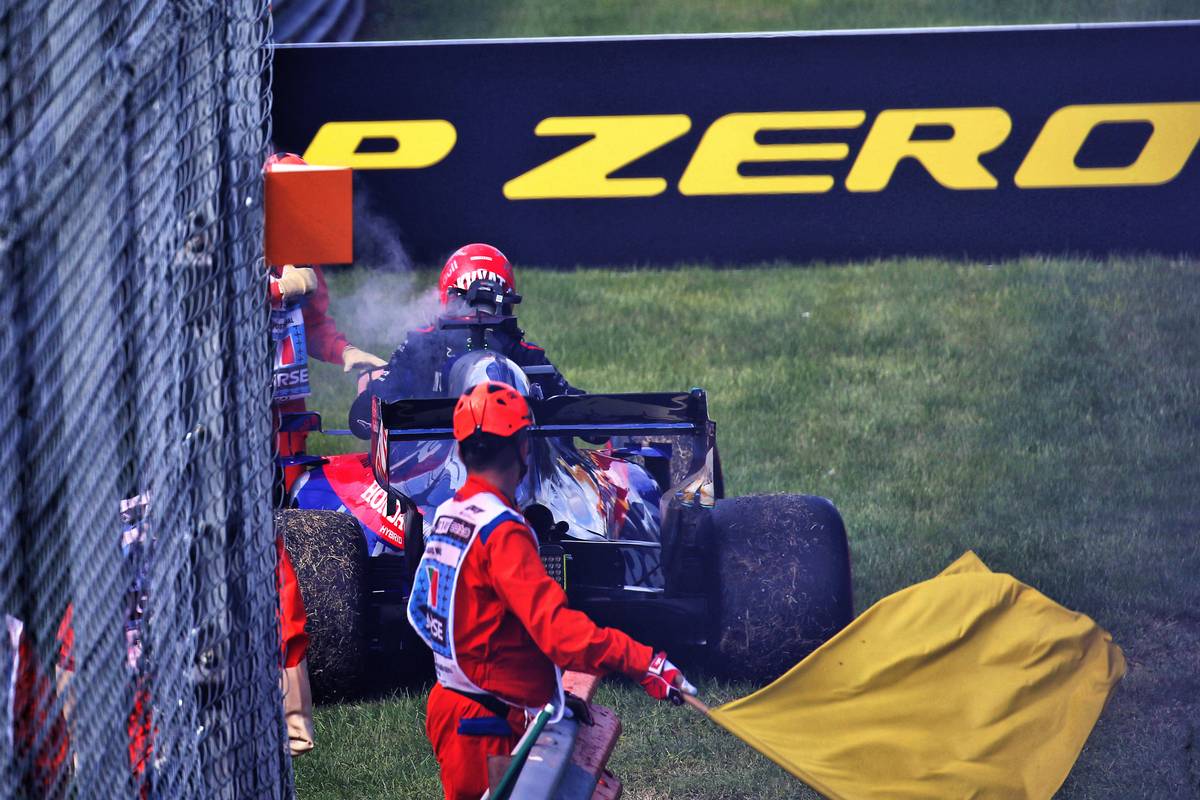 "It’s a unique venue, featuring a very long and bumpy track with a lot of corners one after the other," he explained. "[It's] one of the most demanding races of the year from many perspectives, as it’s very long and in hot and humid conditions.

"Everyone talks about the fact we work at night," he continued. "But honestly, it’s quite easy to deal with.

"You have a programme to follow, you go to bed around four or five in the morning, which is unusual - but the only really strange thing is that you don’t have any jetlag.

"We’ve got used to it over the years we’ve been going there.

"In recent races, we have shown good pace and we will try and do the same in Singapore, even if it is a very different track to Spa and Monza," he added.

"Street circuits have been good for us in the past and this year we were competitive in Monaco, so we will be trying to put everything together and fight for points."

Jos Verstappen has a warning for Red Bull Racing