Renault's Daniel Ricciardo and Nico Hulkenberg ended Friday's second practice near the bottom of the timesheet, with both drivers blaming out of sequence runs for their underperformance.

Ricciardo and Hulkenberg clocked in at the end of FP2 respectively P17 and P18, outpacing only their Williams counterparts.

With FP2 classification set to form Sunday's starting grid if conditions force a cancellation of qualifying, both drivers attempted a late session run on soft tyres and low fuel to boost their position. But traffic composed of rivals on long runs ultimately thwarted their efforts.

"Our run sequence was basically… out of sequence," explained Hulkenberg.

"We wanted to run low fuel and put lap times in at the end when we thought the track would be rubbered in and its best.

"But obviously all the others were on high fuel, and we couldn’t get the laps, in because we kept hitting cars in traffic.

"One of those things obviously, with hindsight it’s easy to say it’s wrong how we did it, but equally it didn’t work. If we don’t get qualifying, we’re very compromised."

Hulkenberg contended that Renault's lowly position in FP2 wasn't a reflection of its R.S.19's true potential at Suzuka.

"It was down to the unusual session, lapping out of sequence, run plan and schedule. That’s not the real picture. But it’s been a challenging day also with the car in terms of balance and harmony.

"So, we’re not as bad as 17th or 18th, that’s due to circumstances, but even the top 10 seems challenging right now." 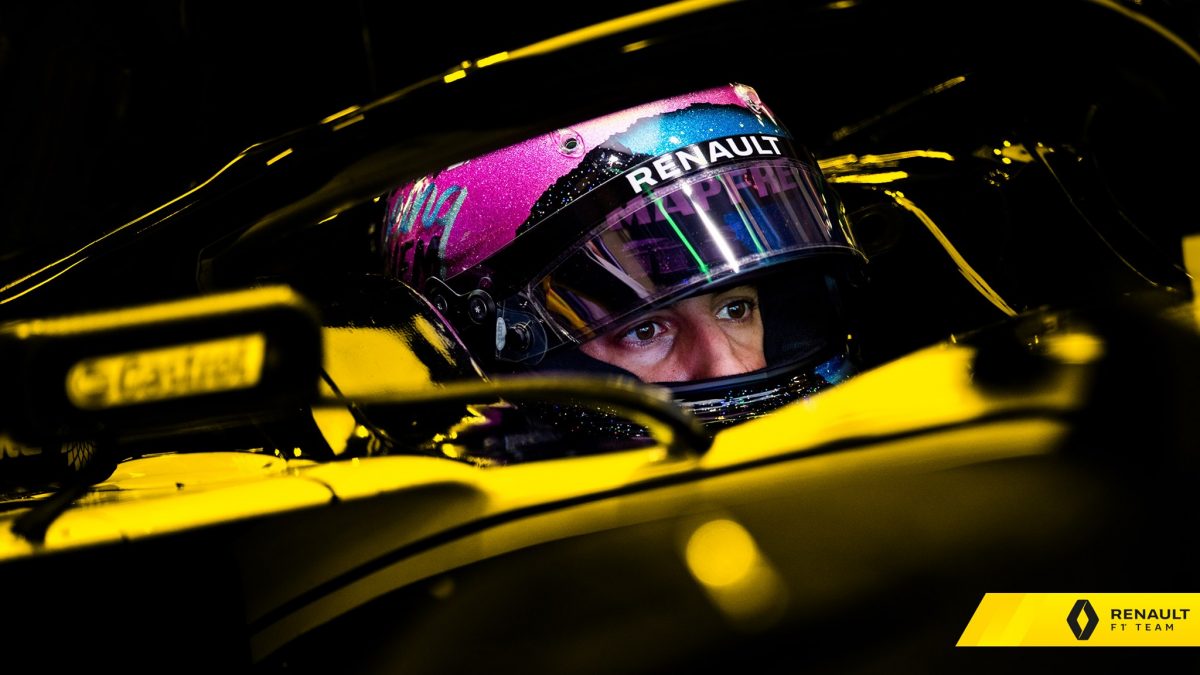 Ricciardo agreed that circumstances had pinned him down in the closing stages of the afternoon session.

"We got a little bit out of sync at the end there, trying to get the laps in when the others were kind of on their long runs. Caught up in a little bit of it. I think generally though the afternoon was better."

Ricciardo was hopeful of extracting more speed from his car for race day following a step up in performance between Friday's two practice sessions.

"The morning wasn’t that strong. I wasn’t too comfortable with everything with the car and I felt we were quite a bit off," he added.

"But in the afternoon, I think we had pretty good speed out of the box, it was a lot better. But then we got caught out trying to do the laps too late

"Hopefully the weather is good enough Sunday morning to qualify, that’s the main thing, and then obviously we can race."

Grosjean recreates a piece of F1 history at Suzuka