There are encouraging signs that the indefinitely delayed start to the 2020 Formula 1 world championship could finally happen as early as the start of July, with a double header event to be held in Austria.

The season had been due to start on March 16, but the race was cancelled just minutes before the gates opened for the start of Friday's free practice session after a McLaren team member tested positive for coronavirus.

A total of nine races have now been either postponed pending rescheduling or cancelled outright as a result of measures taken to combat the global spread of COVID-19.

But with the number of new infections levelling out and starting to drop in most countries around the world, F1 is hoping that it will finally be able to get the season started at the Red Bull Ring in Spielberg on July 5.

While the French GP planned for June 28 has not been officially delayed, the country has announced a ban on mass sporting events until mid-July. That leaves Austria in pole position to host the curtain-raiser the following week.

According to Grandprix247.com, Austrian public radio broadcaster Ö3 on Friday that official confirmation that the race will go ahead is imminent. "Only a second wave of infection can prevent Formula 1 in Styria," Ö3 stated.

As well as the long-planned race on the first Sunday, there would be a second event at the venue the following week on July 12.

Austria has been able to start lifting its lockdown restrictions earlier than many neighbouring countries in Europe because of relatively low levels of total coronavirus deaths - just 530 as of the end of the week, compared with 19,506 deaths in the UK by the same date.

Even so, event organisers have had to fulfil a long list of strict requirements in order to get the go-ahead to hold the race.

The race would take place behind closed doors with no fans in the grandstand. The track, security and hospitality personnel have already been tested for coronavirus and will continued to be monitored closely in the weeks leading up the race.

F1 personnel attending the race are to be limited to 2000 in total, and will have to supply a “negative SARS-CoV-2 certificate” before arrival in the country. Press and media will not be allowed into the facility. 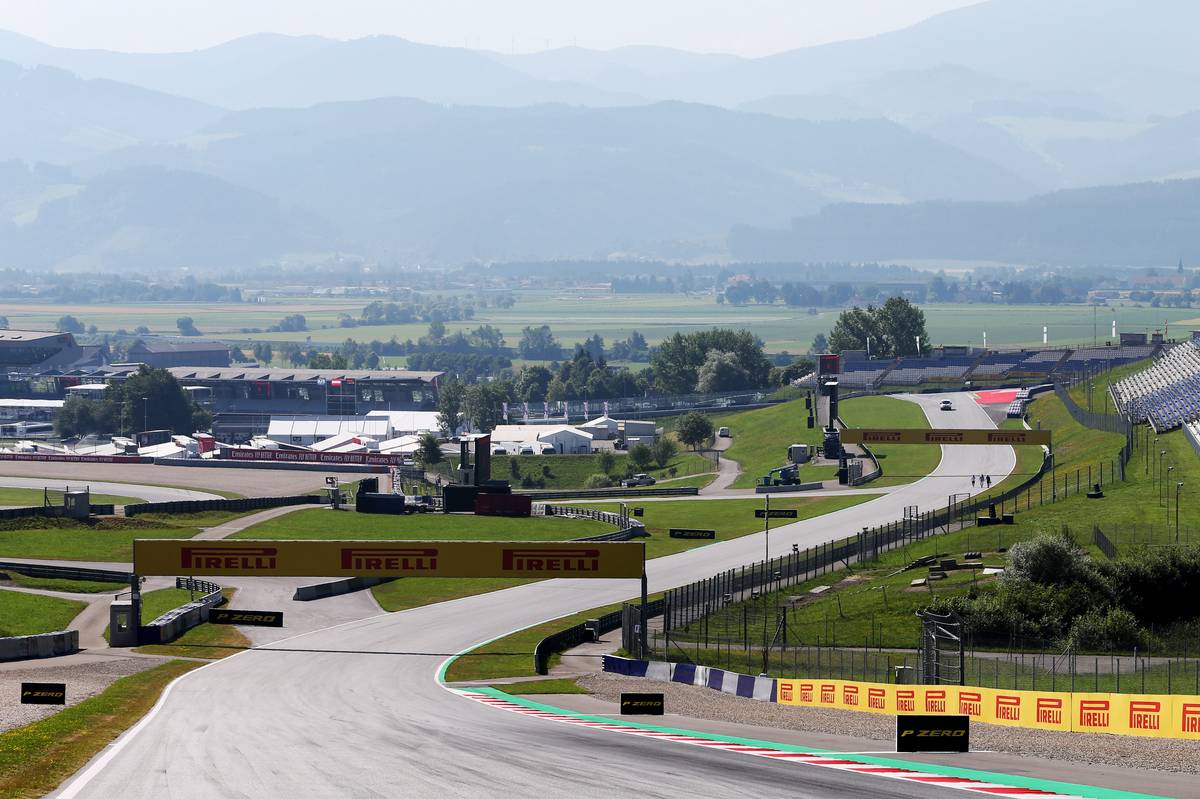 "The Formula 1 team is naturally afraid that it will be infected and wants to isolate itself as much as possible," Red Bull motorsport consultant Helmut Marko said in separate comments to Motorsport-Total.com. "At the same time, that's good, because the population has fear that it will be infected. Everyone is afraid, and this will make everyone extremely careful."

IF it were up to him, Marko would want to add more events to the weekend itinerary. "Maybe the support races can be broadcast in some way," he suggested. "Formula 2, Formula 3 and the Porsche Supercup.

"It is a message to the sport," he explained. "It is also our sporting wish, because how else can you consider someone for Formula 1 next year? The young drivers also need points for the super licence, otherwise you will more or less cement the status quo in Formula 1."

Even if the season does manage to get underway successfully in Austria, what happens after that remains uncertain.

The next race on the original calendar is currently scheduled to be the British Grand Prix on July 19, with speculation that the venue might hold up to three back-to-back races using different track configurations.

However the daily death rate in the UK remains high, with 768 succumbing to the disease on Friday alone despite an overall levelling off in virus related fatalities.

The country also has problems with the availability of testing kits and personal protection equipment for front line emergency workers, meaning that the current nationwide lockdown restrictions are likely to have to stay broadly in place well into May.

Silverstone previously said that it would have to start work on preparations for the Grand Prix by the end of April at the latest, and that this would only be possible with a significant loosening of the lockdown provisions that have been in place since mid-March.

Longer term, Formula 1 management is hoping to reschedule some of the postponed races into the summer period traditionally reserved for the sport's annual shutdown, which has instead been brought forward to April.

Only European events are currently expected to be rescheduled, with talks also reported to be taking place for double races at Monza and Barcelona-Catalunya. A minimum of eight races are needed for a properly constituted championship season.

The World Motorsport Council this week agreed changes to the sporting regulations allowing it to make short notice changes to the timing and format of races in 2020 in order to give it maximum flexibility to respond to the fast-changing situation.