Lance Stroll was anything but impressed by Charles Leclerc's driving when the Ferrari driver pitched the Canadian into retirement on the opening lap of the Russian Grand Prix.

Stroll enjoyed a strong launch off the grid and was leading Leclerc into Sochi's Turn 4 when the Monegasque clipped the right rear wheel of the Racing Point in the middle of the corner, sending its unfortunate driver into the wall on the opposite side of the track.

The stewards investigated the move but ultimately deemed the contact to have been a racing incident that did not warrant a penalty, a decision that seemed like a reasonable verdict based on the onboard view from Leclerc's SF1000.

But for Stroll, the outcome only added insult to injury.

"Very sloppy from his part and I gave him all the room," he said. "I’m quite surprised that he didn’t get a penalty.

"I gave him plenty of room I did the whole corner on the outside and he just tagged my right rear. 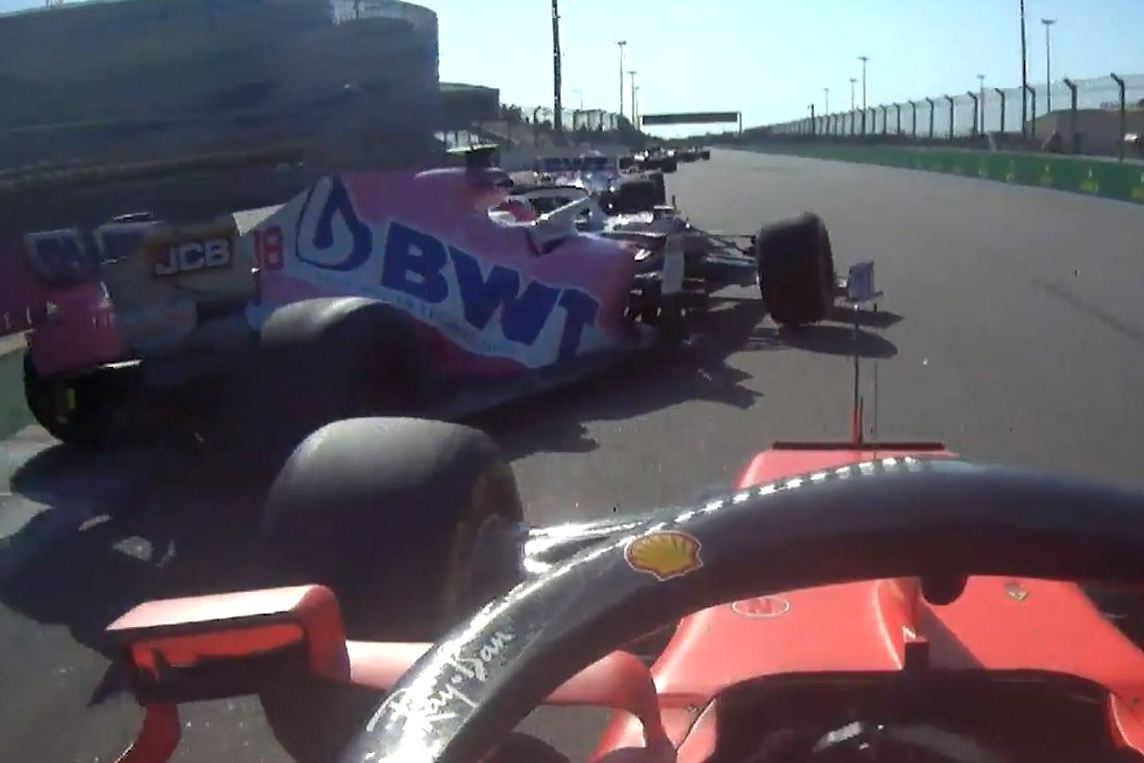 "I gave him all the room I could and it was unlucky but he could have avoided it. He didn’t have to run so wide into me, so I think it’s kind of ridiculous that he didn’t get a penalty."

After struggling in qualifying on Saturday, Stroll was aiming for a turnaround of his fortunes on Sunday.

"A lot was possible," he said. "We were seventh at that point, I had a great start, we were on a good tyre so it’s a real shame."