The McLaren team admitted that it was facing a tough battle going into qualifying for the French Grand Prix, with the midfield runners proving very evenly matched in Friday's practice sessions.

Daniel Ricciardo was the top McLaren in FP1, while Lando Norris moved ahead in the afternoon. However both drivers were about a second off the top time for the session in each case.

"Tough first day, tricky conditions playing the biggest part," reported Norris whose best lap time for the day was 1:33.822s. "The temperature made it difficult to keep the tyres in a good window.

"Driving the car became a bit of a challenge especially with the wind," he acknowledged. "We’ve got a few bits we can definitely improve upon, but we still have quite a bit of work to do.

"It’s very close with the rest of the field so every little bit is going to help," he added. ""But it’s also going to make qualifying tough going into tomorrow.

My way of comparison Ricciardo's best lap clocked in at 1:34.079s, although he felt he'd been stronger in the morning and was disappointed not to keep pace in the afternoon.

“First day done, it was quite a warm one!" he said. "The morning was pretty promising. We had a good start to first practice, but then in second practice, competitively, we didn’t seem as good.

"I’m not really sure why right now, but we’ll look into it," he added. "It didn’t feel too bad and it’s all very close. We’re probably only missing a few tenths right now. 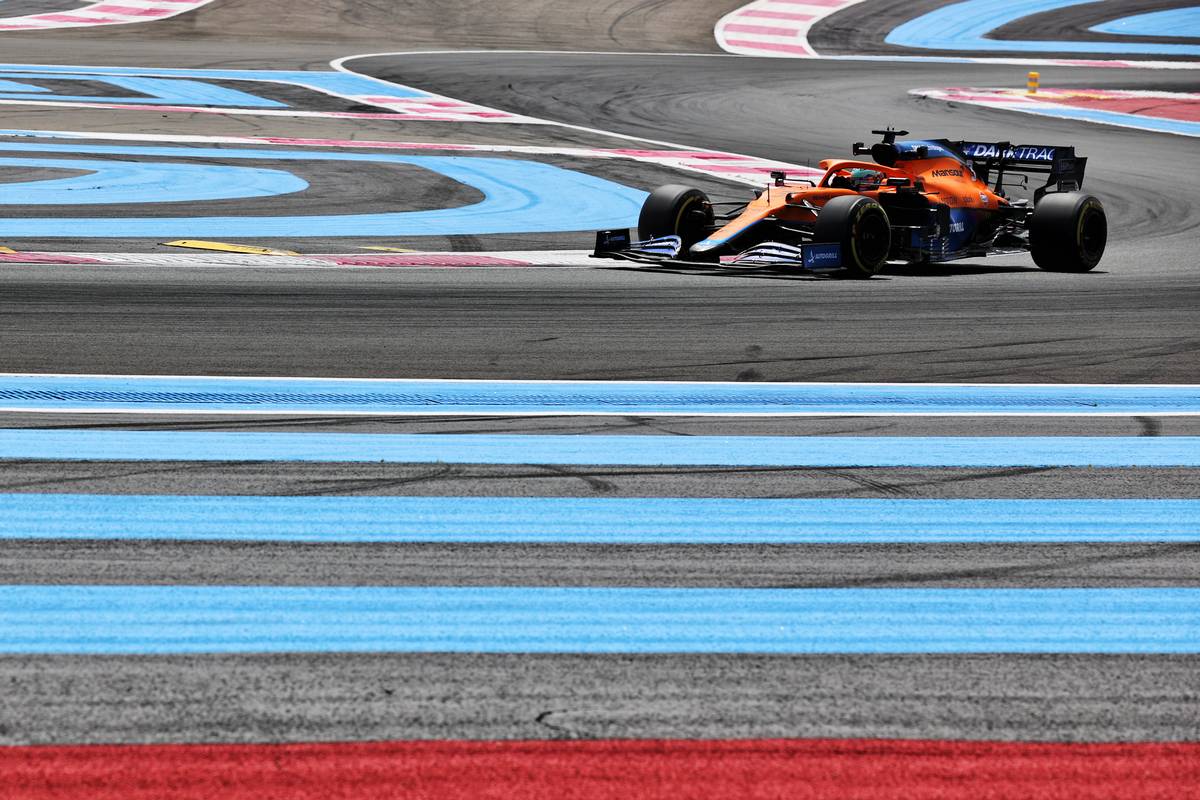 "That said, I’m not too concerned, we’ll work at it tonight. Generally, the feeling isn’t too bad, so we’ll just chip away and find a bit more pace for tomorrow.”

McLaren executive director Andrea Stella noted the difference between racing on street circuits such as Monaco and Baku, and this weekend's permanent race circuit in Le Castellet.

"That removes one set of challenges, but also adds some different ones," he pointed out. “Today, we focused on tyre work, set-up and testing aerodynamic parts. The sessions went well, and we’ve plenty of data to study overnight.

"The field looks very tight at Paul Ricard this weekend and we’ll work hard this evening to ensure we maximise our opportunities for qualifying and the race.”

Mercedes could delay Bottas decision until next winter!