Daniel Ricciardo was looking relaxed and in top form on Friday at the Red Bull Ring as he finished practice second quickest behind Red Bull's Max Verstappen.

“Definitely!” the McLaren driver responded when asked whether his high placement in the timesheets in FP2 was encouraging. “It feels alright.

"I know it's only Friday, but for sure I'd rather be in the top three than tenth saying we've got a lot of work to do tonight," he continued. "We made a step in feeling and confidence in the ca

"We'll do a bit of fine-tuning, but we're certainly not lost. Far from lost actually, so I think we're in a good place.

"Low fuel pace was good this afternoon,” he added. “We definitely picked something up from the morning. The high fuel, probably a little more to find relative to low fuel, but definitely a productive afternoon.

"In the morning we were a little off the pace. We made a few adjustments for the afternoon and I think that was better. Obviously, the time sheets certainly show it was better.

"We were expecting a lot of rain, especially this afternoon and it didn’t quite arrive. We weren’t expecting two dry sessions. Whether that’s going to stay for the weekend, we’ll see.

As for the secret of his success, Ricciardo said that he had been inspired by the traditional local food delicacy in the Steiermark.

"I had three schnitzels last night, but they were like baby schnitzels so it was like one serve. But I think I've earned one more tonight!" he joked. “Austria's like a real schnitzel theme.

"When we go to Monza it's always pizza. I'm not saying it’s the diet I would condone to young and aspiring athletes out there, but for me it seems to be working and I get a lot of joy and happiness from this type of cuisine. 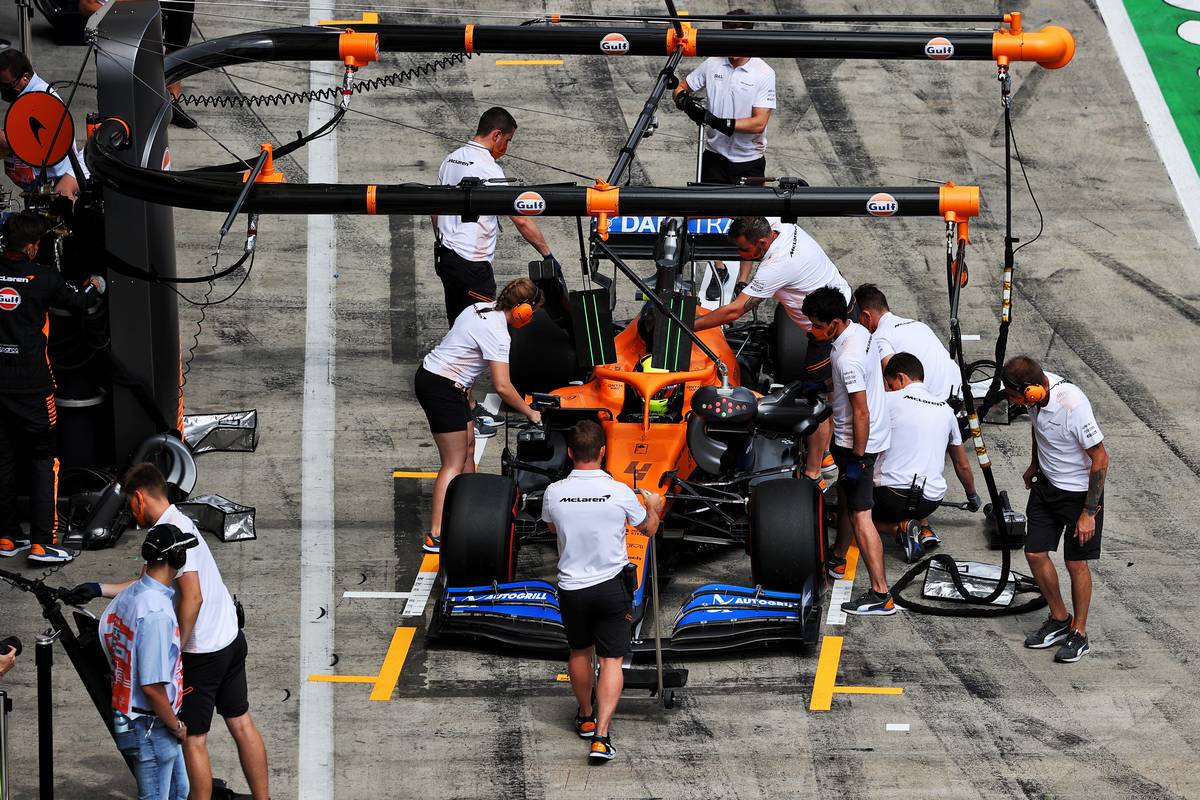 "If that gives me an extra tenth in the car, just through sheer pleasure, then so be it!”

His team mate Lando Norris had a number of push laps deleted for exceeding track limits at turns 9 and 10, and ended the day seventh fastest although that was only a little over two tenths slower than the Aussie.

"A positive day," he stated. "We started FP1 not looking too good, but we made some changes and definitely made the car better going into FP2. Hopefully we can make another step into FP3 and gain even more lap-time

“Obviously qualifying’s been our weak spot so far this year,” he conceded. "So trying to make sure we have a good day tomorrow which sets us up well for the race.

"But it’s still a very raceable track, so even if it doesn’t go our way, we’re still ready for the race.”