In June, Vips was heard using the N-word on Twitch during a live stream of a video game, which prompted an immediate reaction from Red Bull Racing.

The Red Bull supported Formula 2 driver was suspended from his reserve driver and simulator duties with the F1 team and later excluded altogether from Red Bull's junior driver programme.

However, Vips has been retained by Hitech to compete in this year's FIA Formula 2 Championship.

Marko admitted that the backlash from the media had convinced Red Bull to severe its ties with Vips. 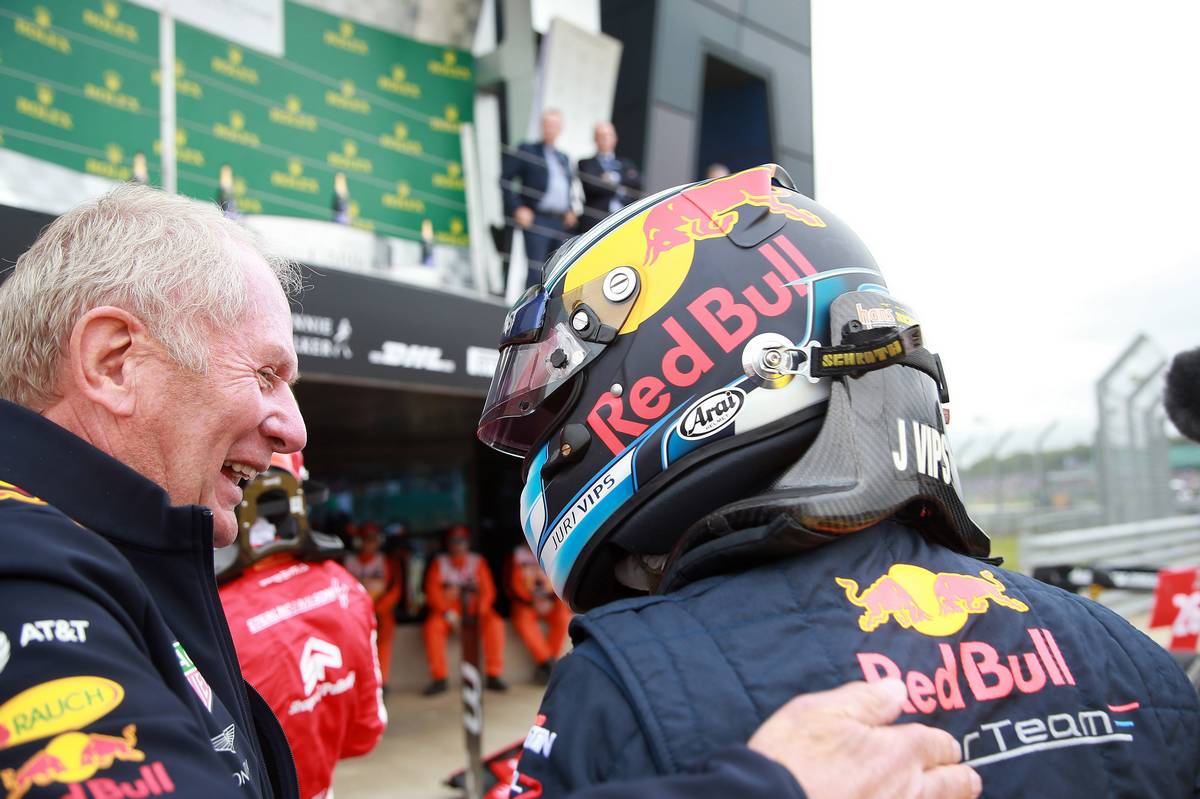 "The British media unleashed such a sh*tstorm that Red Bull Racing had no choice but to remove him from office," the 79-year-old said in an interview with Motorsport.com.

"Personally, I think that he's 21 years old and has apologised. But what bothers me is that it happened during a stupid video game because they have nothing better to do in the afternoon.

"I don’t understand how you can do that for more than two minutes, but hey, that’s the youth. I can’t do anything about it. Max [Verstappen] does it too with sim racing."

Asked if Red Bull's decision regarding Vips was fair compared to the lack of action taken against Verstappen several years ago when the Dutchman had used the slur 'mongol' against Lance Stroll, Marko said the two situations were not comparable.

"You can't compare that," said the Austrian. "It is also about the entire development of both as individuals.

"Max has always been on the edge in this area, and of course the pressure from the media and sponsors on Vips was so great that we had to take action."

Assessing Red Bull's current pool of young talent, Marko singled out Norwegian F2 charger Dennis Hauger – who won the F3 title last season - as the next young gun potentially in line for a promotion to F1 if his performances warrant such a move.

"He now has ups and downs in Formula 2, he is not constant. Performance and nothing else is the deciding factor. That can change.

"People who we thought could do it suddenly couldn’t do it anymore and vice versa. That is why it is difficult to make predictions."